The app gamifies the process of preparing your home and family for whatever crisis may befall them, including common emergencies like house fires and more widespread disasters like earthquakes, fires, etc.

When a user first joins Harbor, they enter their ZIP code and the app automatically determines the most likely potential emergencies based on location. Users can also manually add emergency types. Kessler says that the app will get even more granular about this process as it layers in more data about individual addresses.

Once emergencies have been selected, the user is given weekly tasks based on the various preparedness involved, such as storing water or checking smoke detectors or having a stocked go-bag. 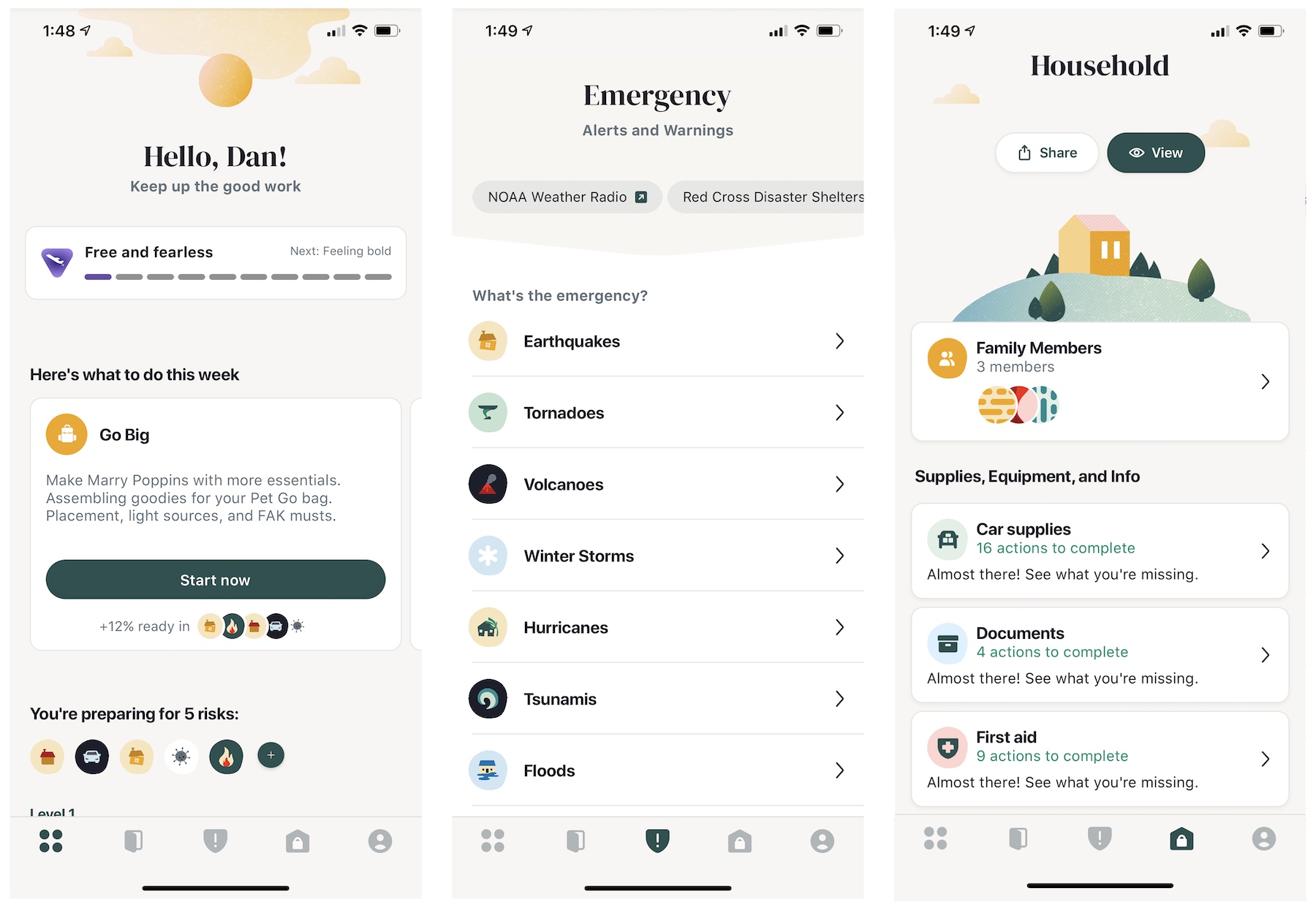 Rather than asking the user to do everything at once, Harbor breaks the process into bite-sized activities that only take a couple of minutes and that the user should do each week.

“Our mentality is that this should be a habit-forming thing,” said Kessler. “It’s like brushing your teeth or working out or meditating. It’s not about doing it once and being done with it. We will help you form a habit as you go through it every single week.”

As the user progresses further through the app, tasks may become a bit more time-intensive, such as learning CPR.

Each activity also comes with associated learning. For example, the app may quiz a user on how to purify water for drinking — the answer may surprise you.

The app also has an associated retail storefront for third-party brands that Harbor approves as best in class. For now, a small commission on those products is the only revenue source for the company, but Kessler sees the opportunity to introduce new features to the app and go freemium.

Some additional features of Harbor include offline use and encrypted storage of important documents like Social Security cards, birth certificates, etc. Whether or not those features will remain free or be swept into the premium subscription version of the app is TBD. The company is testing everything, according to Kessler.