Not to be confused with the smart TV platform of the same name (2010-2014, RIP) or the Android TV platform it’s built on top of, Google has just taken the wraps off the new Google TV. The name refers to the interface for the new, aptly titled Chromecast with Google TV, combining streaming services, live TV (via YouTube TV) and various other Google offerings into a single, streamlined UI.

In that sense, the new Google TV is similar to offerings from Apple and Amazon, serving as a kind of one-stop-shop to replace cable TV outright. It works with most of the top streaming offerings, including Disney+, france.tv, HBO Max, Netflix, Rakuten Viki and, of course, YouTube, with NBC’s Peacock coming soon.

Live TV is accessible for those who have a YouTube TV membership in the States. The (admittedly pricey at $65 a month) service brings access to 85 live stations, including the networks, CNN, ESPN and Nickelodeon, available via a Live tab. The company will also be adding additional live TV provider integration down the road.

The real secret sauce here, however, seems to be the underlying search smarts that serve as the foundation for so much of what Google does. Here’s the company discussing the new feature in a blog post:

To build this, we studied the different ways people discover media—from searching for a specific title to browsing by genre—and created an experience that helps you and what to watch. We also made improvements to Google’s Knowledge Graph, which is part of how we better understand and organize your media into topics and genres, from movies about space travel to reality shows about cooking. You’ll also see titles that are trending on Google Search, so you can always and something timely and relevant. 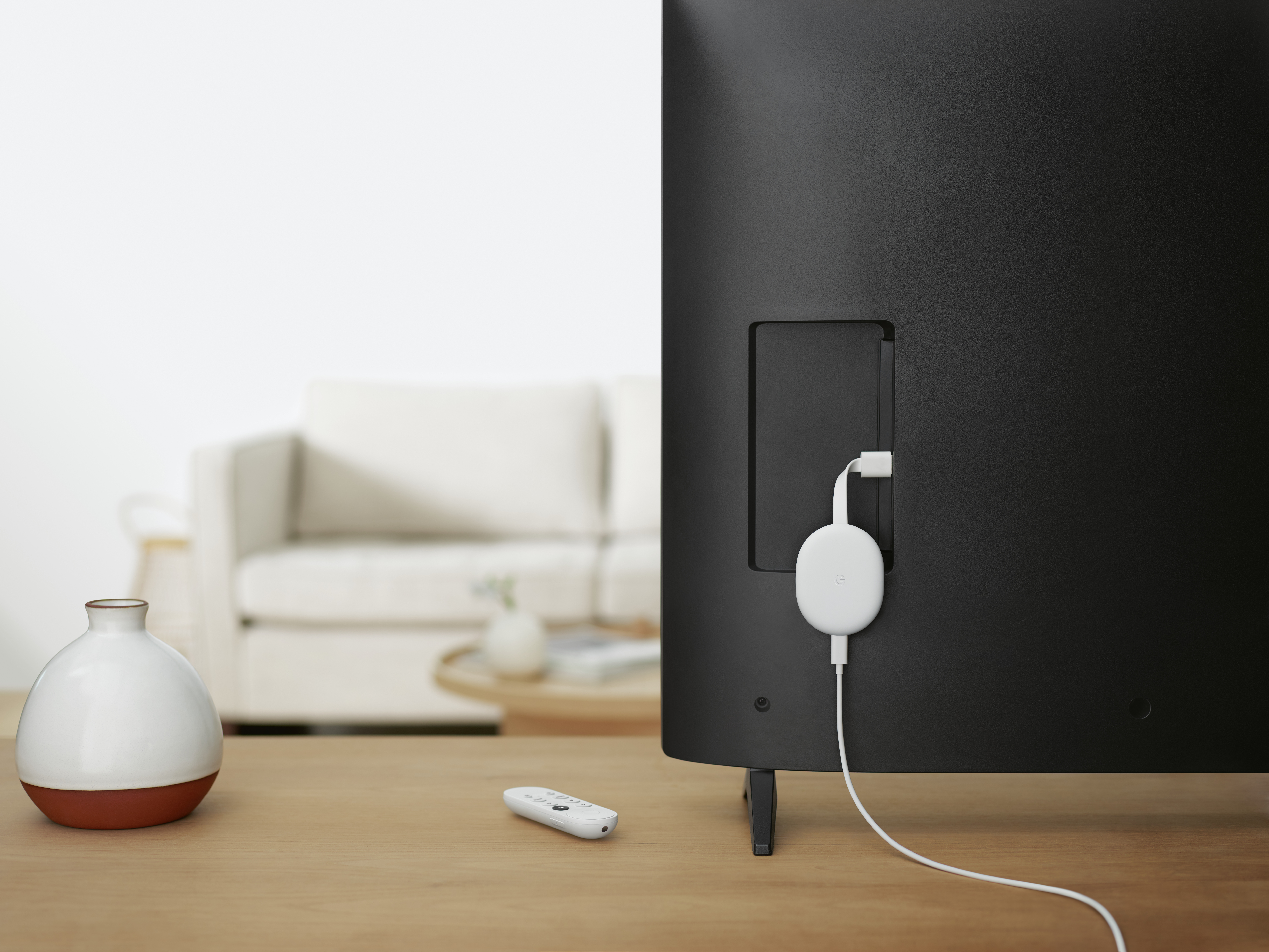 Users can search for specific recommendations via voice. They can also use Assistant to get the weather, sports scores and view their security cams via compatible products like Nest straight from the TV set. The fact that the system is built on top of Android TV means that Google TV is compatible with some 6,500 apps at launch, with support for the company’s own streaming gaming offering, Stadia, coming in the first half of next year. When not in use, Ambient mode will display a slideshow of Google Photos.

Google TV is available for  Chromecast with Google TV, which launches today at $50. Users can also access it as part of the new Google TV app — an update to Google Play Movies & TV for Android, which also arrives today.