Streaming media device maker Roku is updating its lineup in advance of the holiday season with the addition of two new products: a redesigned version of its high-end Roku Ultra which, for the first time, adds Dolby Vision support as well as Bluetooth. The company is also introducing a combination player and soundbar device, called the Roku Streambar. And the Roku OS software update will bring a handful of new features to customers, including, most notably, Apple AirPlay 2 and HomeKit support.

On the hardware front, Roku continues its strategy of refreshing devices and plugging other holes in the market with the launch of the two new players.

With the revamp of the Roku Ultra, the company promises up to 50% more wireless range and the addition of Bluetooth support. The expanded range will allow customers to use their Ultra even farther away from the internet router without compromising their streaming quality and experience. Meanwhile, the addition of Bluetooth means you’ll be able to pair your smartphone with the device in order to stream music or other audio through the Roku Ultra to the TV. 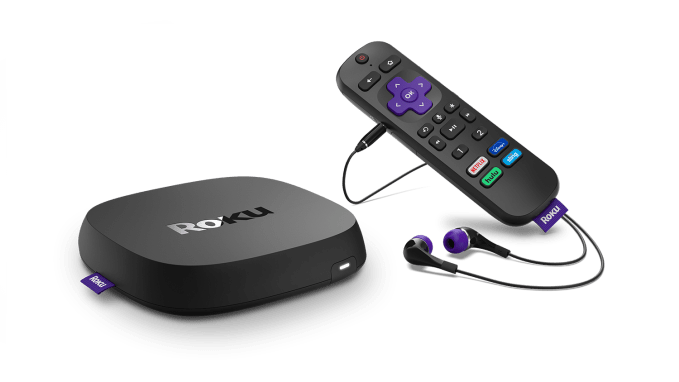 The updated Roku Ultra adds Dolby Vision support along with Dolby Atmos sound, to cater to customers who have Dolby Vision TVs. And Roku is future-proofing the device with the addition of the AV1 codec, which offers higher quality video at a lower bitrate. 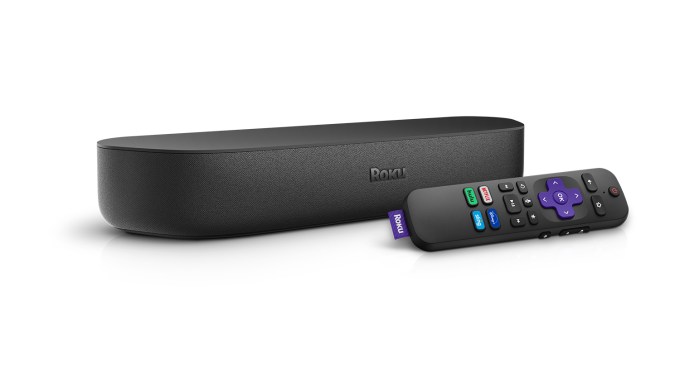 The device will ship with an HDMI cable as well as the Roku Voice remote with TV power and volume buttons, personal shortcut buttons, headphones for private listening and the lost remote-finding functionality. The price remains the same, at $99.99.

The second new device is the Roku Streambar. This 2-in-1 device combines 4K HDR streaming and premium audio into one product. On the player side, the egg carton-sized device is the equivalent of the Roku Streaming Stick+ and works with both Amazon Alexa and Google Assistant. The soundbar attaches to the TV via an HDMI cable, and if the TV offers ARC support that’s all you’ll need to get started. Otherwise, you can use the included optical cable that comes in the box.

The soundbar has four premium drivers, including two forward-facing drivers to bring out the dialogue and center channel and two on the side, angled to help fill the room with sound. The device will also support Roku features, like the ability to quiet loud commercials, boost the volume of voices, or optimize the sound for night listening.

The device also supports Bluetooth, Spotify Connect, Alexa and Google Assistant, and a voice remote that controls the TV, sound and streaming. 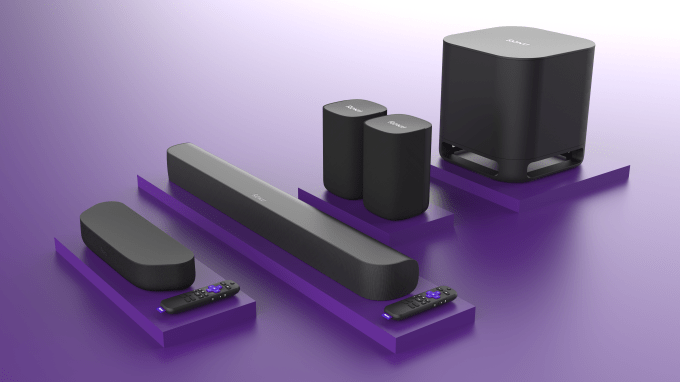 While the soundbar is largely being pitched as an entry-level device for newcomers to Roku or an all-in-one solution for use with a new TV, it still allows a customer to expand their home theater setup over time. Customers can choose to later add surround sound with Roku’s Wireless Speakers and bass with the Roku Wireless Subwoofer, says Roku. 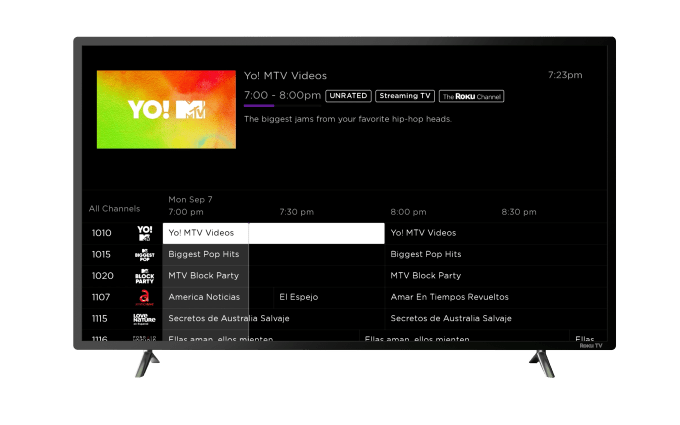 Over the next few weeks, these devices and others will be able to download the Roku OS 9.4 update, which brings a number of new features, including AirPlay 2 and HomeKit support. With AirPlay 2, customers with Apple devices will be able to stream content directly to their Roku player — whether that’s personal content from their own library or from other streaming apps.

The addition will be particularly useful for those times a streaming service launches without Roku support. In recent months, Roku has gotten bogged down in negotiations with media companies now that it runs its own subscription channel platform through its own hub, The Roku Channel. During its negotiations with NBCU, for example, a dispute led to NBCU threatening to pull its TV Everywhere apps off Roku before the two sides worked things out. Today, HBO Max, another major new streaming app, is still not available on Roku. Customers are the ones who really lose in these sorts of battles, of course, so the AirPlay 2 support will be a decent workaround for those times when apps are not available.

Roku OS 9.4 will also bring HomeKit support to select 4K devices so customers can control their Roku via the Home app and Siri on iPhone, iPad, Mac, Apple Watch or HomePod. 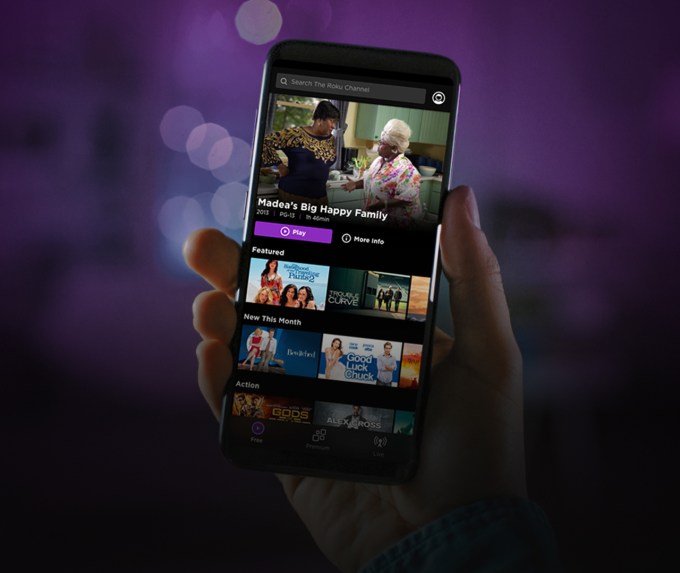 The update will also bring a new “Live TV” tile to the home screen, featuring a live guide to The Roku Channel’s over 115 free live channels. Users will also see helpful hints on using voice commands on their TV at times and will receive updated theme packs with optional sounds. These will feature themes like Jungle, Western, Nautical, Kids and more, which can be swapped in place of the standard background and design. The update will bring other performance improvements, more free channels to The Roku Channel and surround level control for multi-channel audio, among other things.

Roku will also soon ship a dedicated free app for The Roku Channel for iOS and Android smartphones.

The Roku OS 9.4 update will roll out this month and will reach all supported players, including the new Ultra and Streambar, in the weeks ahead. Roku TVs will get the update in the coming months.

The new players, meanwhile, are available for pre-order today on Roku’s website, and will ship in October. They’ll also arrive in major retailers and online next month.