Mailchimp may have started out as an easy to use newsletter tool, but that was almost 20 years ago. Today’s company still does email, but at its core, it is now a marketing automation platform for small businesses that also offers a website builder, basic online stores, digital ad support and analytics to make sense of it all. Like before, though, the company’s main goal is to make all these features easy to use for small business users. 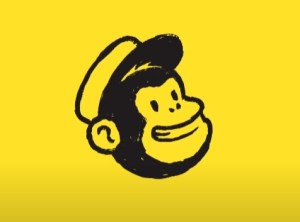 Today, Mailchimp, which has never taken outside funding, is taking the next step in its own transformation with the launch of a set of AI-based tools that give small businesses easy access to the same kind of capabilities that their larger competitors now use. That includes personalized product recommendations for shoppers and forecasting tools for behavioral targeting to see which users are most likely to buy something, for example. But there’s now also a new AI-backed tool to help business owners design their own visual asset (based in part on its acquisition of Sawa), as well as a tool to help them write better email subject lines.

There’s also a new tool that helps businesses choose the next best action. It looks at all of the data the service aggregates and gives users actionable recommendations for how to improve their email campaign performance. 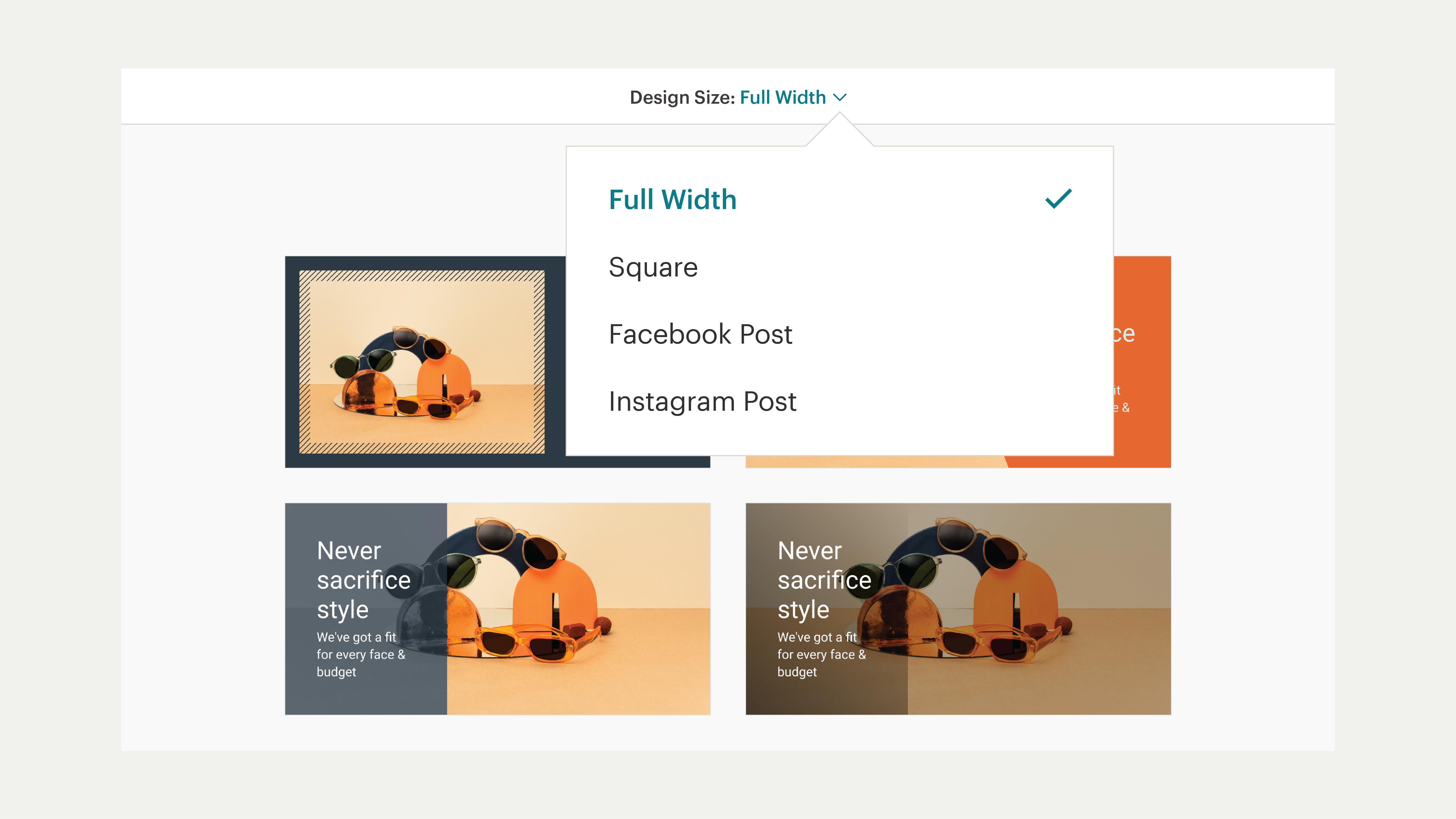 “The journey to get here started about four years ago,” Mailchimp’s founding CEO Ben Chestnut told me. “We were riding high. Email was doing amazing for us. And things look so good. And I had a choice, I felt I could sell the business and make a lot of money. I had some offers. Or I could just coast, honestly. I could just be a hero in email and keep it simple and just keep raking in the money. Or I could take on another really tough challenge, which would be act two of Mailchimp. And I honestly didn’t know what that would be. To be honest with you, that was four years ago, it could have been anything really.”

But after talking to the team, including John Foreman, the head of data analytics at the time and now Mailchimp’s CPO, Chestnut put the company on this new path to go after the marketing automation space. In part, he told me, he did so because he noted that the email space was getting increasingly crowded. “You know how that ends. I mean, you can’t stay there forever with this many competitors. So I knew that we had to up our game,” he said.

And that meant going well beyond email and building numerous new products. 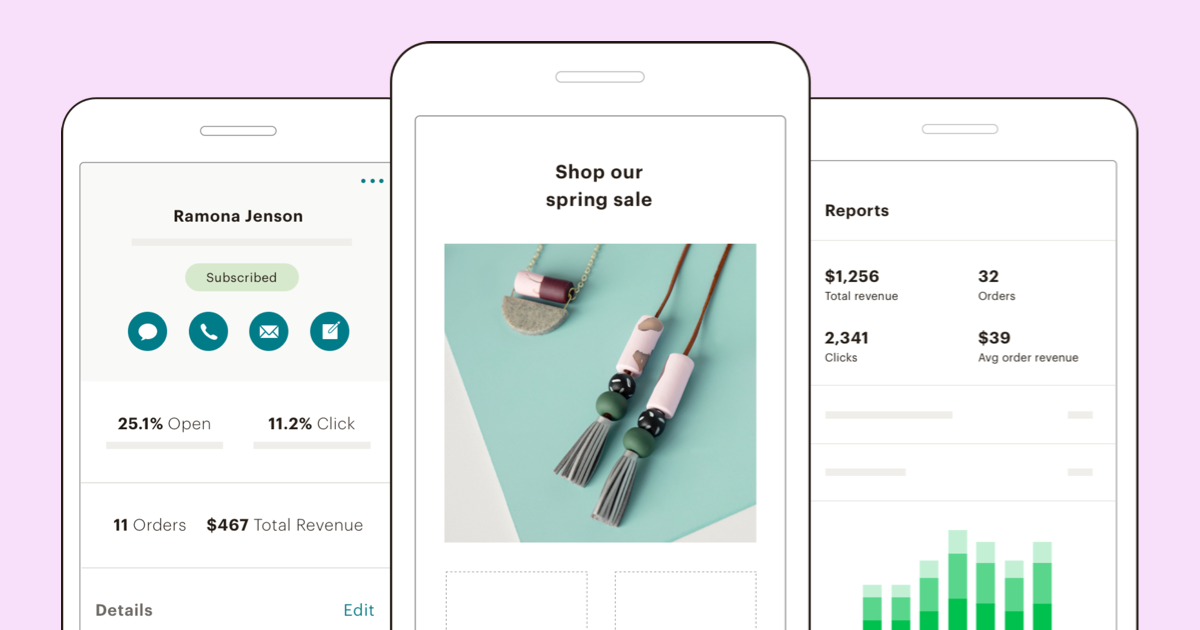 “It was a huge transformation for us,” Chestnut acknowledged. “We had to get good at building for other customer segments at the time, like e-commerce customers and others. And that was new for us, too. It’s all kinds of new disciplines for us. To inflict that kind of change on your employees is very, very rough. I just can’t help but look back with gratitude that my employees were willing to go on this journey with me. And they actually had faith in me and this release — this fall release — is really the culmination of everything we’ve been working on for four years to me.”

One thing that helped was that Mailchimp already had e-commerce customers — and as Chestnut noted, they were pushing the system to its limit. Only a few years ago, the culture at Mailchimp looked at them as somewhat annoying, though, Chestnut admitted, because they were quite demanding. They didn’t even make the company a lot of money either. At the time, nonprofits were Mailchimp’s best customers, but they weren’t pushing the technology to its limits.

Before breaking up with Shopify, Mailchimp quietly acqui-hired LemonStand, a Shopify competitor

Despite this transformation, Mailchimp hasn’t made a lot of acquisitions to accelerate this process. Chestnut argues that a lot of what it is doing — say adding direct mail — is something that was more or less an extension of what it was already good at. But it did make some small AI and ML acquisitions to bring the right expertise in-house, as well as two e-commerce acquisitions, including LemonStand. Most recently, Mailchimp acquired Courier, a British magazine, newsletter and podcast, marking its first move into the print business.

With this new set of products and services, Mailchimp is now aiming to give small businesses access to the same capabilities the larger e-commerce players have long had, but without the complexity.

To build tools based on machine learning, one needs data — and that’s something Mailchimp already had.

“We’ve been doing marketing for decades,” Mailchimp CPO Foreman said. “And we have millions of small businesses on the platform. And so not only do we build all these tools ourselves, which allows us to integrate them from a visual design perspective — they’re not necessarily acquisitions — but we have this common data set from years and years of doing marketing across millions of businesses, billions of customers we’re talking to, and so we thought, how can we use intelligence — artificial intelligence, machine learning, etc. — to also sand down how all of these tools connect.”

Chestnut says he isn’t likely to put the company on a similar transformation anytime soon. “I really believe you can only take on one major transformation per decade,” he said. “And so you better pick the right one and you better invest it. We’re all in on this all-in-one marketing platform that’s e-commerce enabled. That is unique enough. And now what I’m trying to get my company to do is go deep.”