Building quantum computers takes so much specialized knowledge that it’s no surprise that we are now seeing some of the best-of-breed startups cooperate — and that’s pretty much why these two companies are now working together and why we’ll likely see more of these collaborations over time.

“The motivation [for quantum computing] is this immense computational power that we could get from quantum computers and while it exists, we didn’t make it happen yet. We don’t have full-fledged quantum computers yet,” Itamar Sivan, the co-founder and CEO of Quantum Machines, told me. 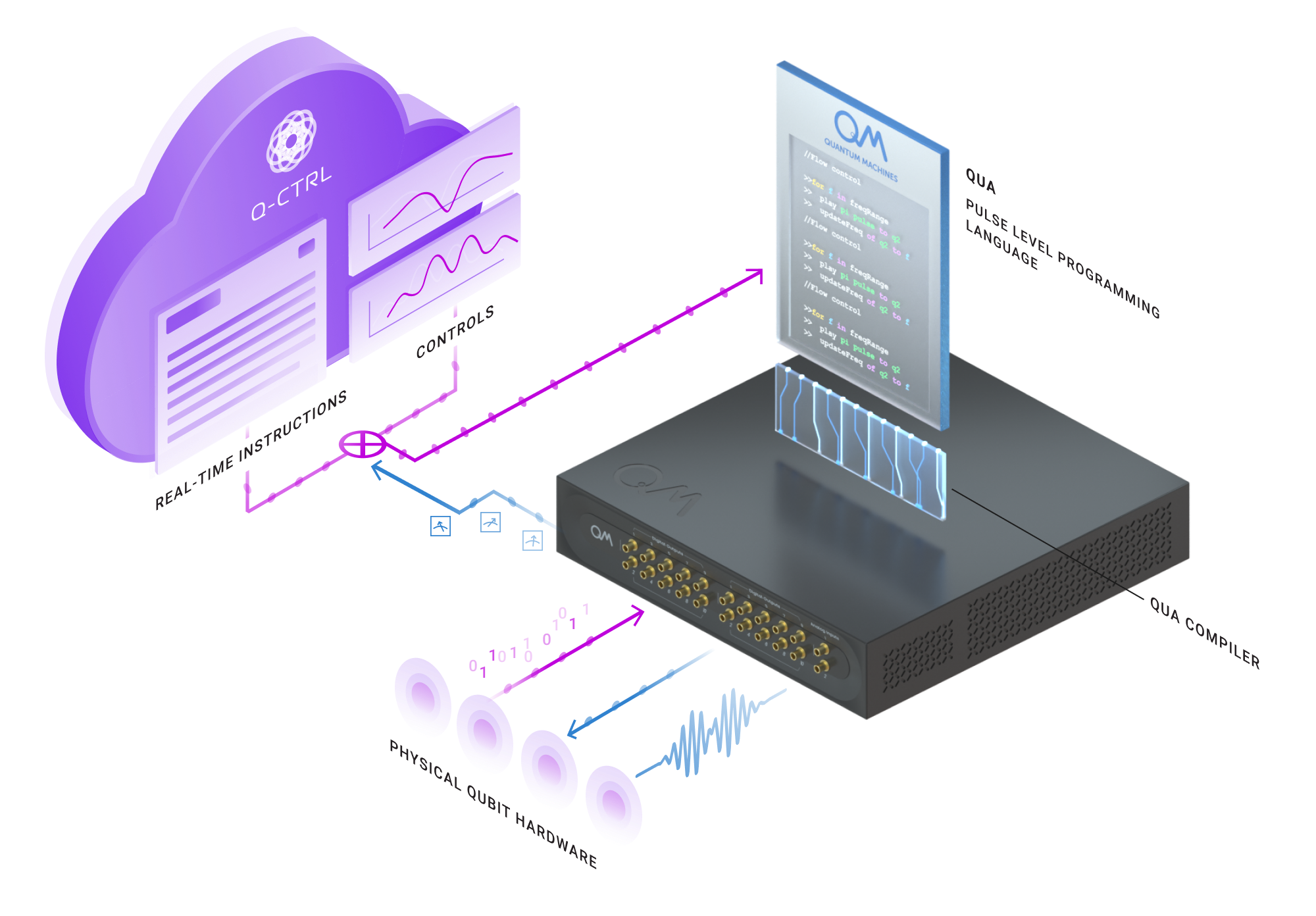 For the longest time, the focus was on fundamental challenges, like building a processor, expanding the lifetimes of qubits, building the classical control hardware and software, etc. But the real challenge is bringing all of this together.

“It’s a multi-layer, multidisciplinary challenge — an extremely complex challenge — that practically requires highly focused and highly specialized themes to closely collaborate and work together in order to make the dream of quantum computers a reality,” Sivan said.

While Quantum Machines offers an integrated software/hardware stack through its Quantum Orchestration platform that uses specialized classical hardware to allow complex algorithms to run on quantum computers, Q-CTRL offers the quantum control infrastructure software — basically the firmware for quantum computers — that helps users calibrate their processors and reduce noise and the errors that come with it.

Now it surely helped that Sivan and Q-CTRL founder and CEO Michael J. Biercuk already knew each other for a while (which is no surprise, given that the quantum startup ecosystem isn’t that big, after all). But the two technologies are also naturally complementary.

“We knew that there was fantastic contact between the problems that each team was solving with the quantum controllers and the pulse processors that Quantum Machines was building — and the quantum control solutions that Q-CTRL was building — and really, because I have an academic background I spent the last 20 years in this field, my academic team builds quantum computing hardware,” Biercuk said. “I knew from the combination of that and my motion into founding a startup that the DIY approach of do everything yourself, with total vertical integration, that’s so common in academia, just does not work in this field.”

While the partnership was a natural choice, though, both companies had to reach a state of maturity in their technologies before taking this next step, Biercuk and Silvan both noted. The partnership isn’t exclusive, either, which given how much the industry is still in flux, makes a lot of sense.