Google today announced the launch of Android 11, the latest version of its mobile operating system. After a slightly longer public preview, users who own a select number of Pixel devices (starting with the Pixel 2), OnePlus, Xiaomi, OPPO or realme phones will now see the update roll out to their phones in the coming days, with others launching their updates over the next few months.

Android 11 isn’t a radical departure from what you’ve come to expect in recent years, but there are a number of interesting new user-facing updates here that mostly center around messaging, privacy and giving you better control over all of your smart devices.

At the core of the improved messaging and communication features are improved notifications for conversations from your messaging apps. These now live in a dedicated space at the top of the notification shade and feature a more “people-forward design,” as the company describes it. The new Bubbles API now also makes chat bubbles a core part of the Android messaging experience.

One additional feature Google lists under the communications section is screen recording, which is now finally a built-in tool that lets you record what’s happening on your screen, using either the sound from your mic, the device or both. Until now, you needed third-party apps like AZ Screen Recorder for this (and you will still need these for more advanced features like live streaming, for example). 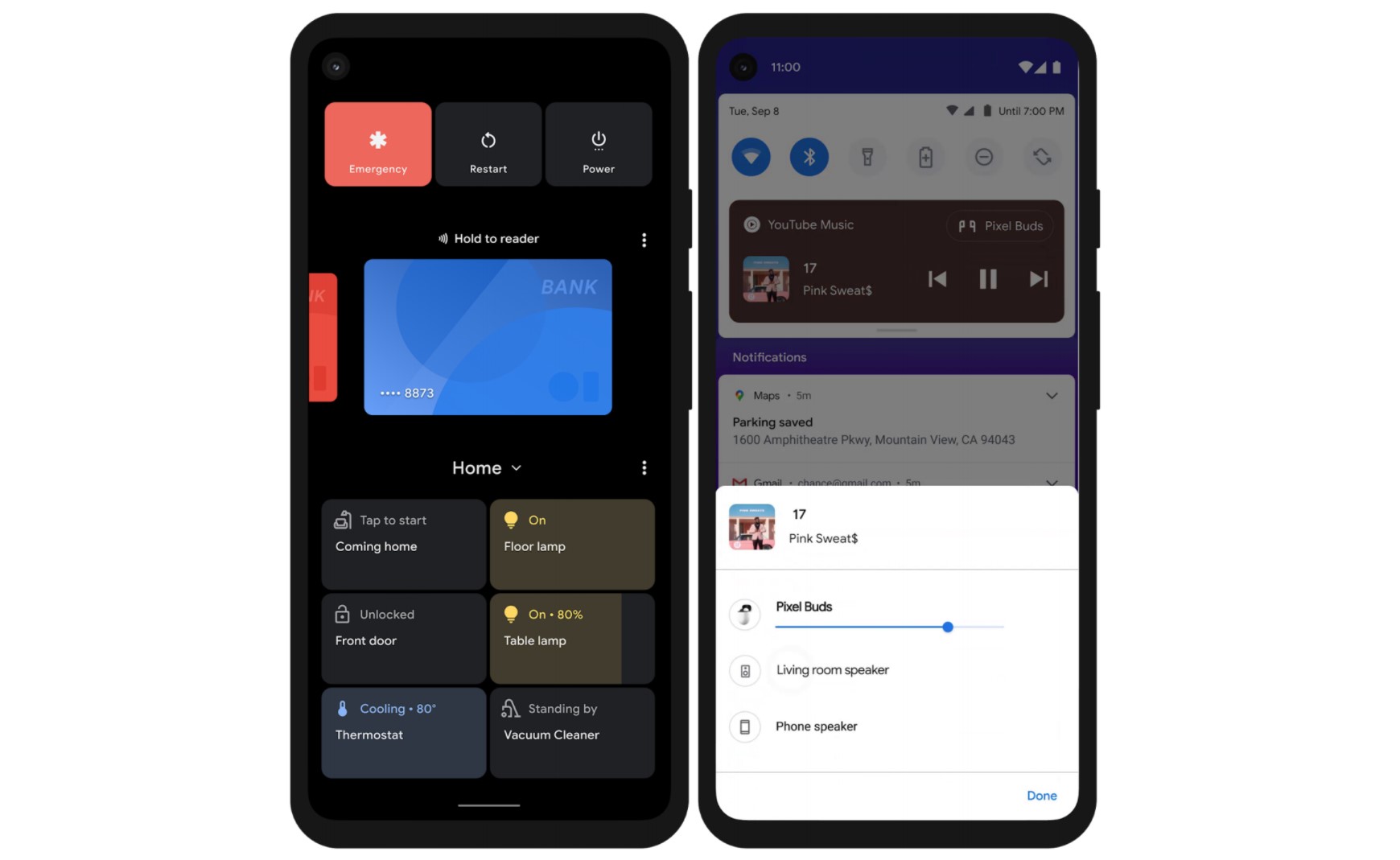 As for controlling your smart devices, Google notes how you now simply long-press your power button to get access to a new menu that gives you access to device controls (similar to what you’d find in the Google Home app, but with a different design), as well as payment methods and your boarding passes, for example. And yes, you can still restart and power off your device from there, too.

Media controls are getting a redesign, too, with the controls moving out of the notifications and to the quick settings bar instead. From there, it is now also easier to choose where you want to play your audio and video.

Over the last few years, the Android team added a number of privacy features to the operating system, but this clearly remains a moving target. With this update, the focus is on app permissions. It’s now easier to provide an app with one-time permissions to access your microphone, camera and location, helping you to ensure that an app won’t have perpetual access to your location, for example. After you haven’t used an app for a while, Android will also reset your permissions and you’ll have to re-grant access to the app the next time you launch it.

On the enterprise side, Google is also launching some new features to help employees who use some personal apps on their work phone keep their personal profile data and activity out of the hands of their company’s IT departments.

If you own a compatible phone, you should see an upgrade notification for Android 11 soon.