Mirantis, the company that recently bought Docker’s enterprise business, today announced that it has acquired Lens, a desktop application that the team describes as a Kubernetes-integrated development environment. Mirantis previously acquired the team behind the Finnish startup Kontena, the company that originally developed Lens.

Lens itself was most recently owned by Lakend Labs, though, which describes itself as “a collective of cloud native compute geeks and technologists” that is “committed to preserving and making available the open-source software and products of Kontena.” Lakend open-sourced Lens a few months ago. 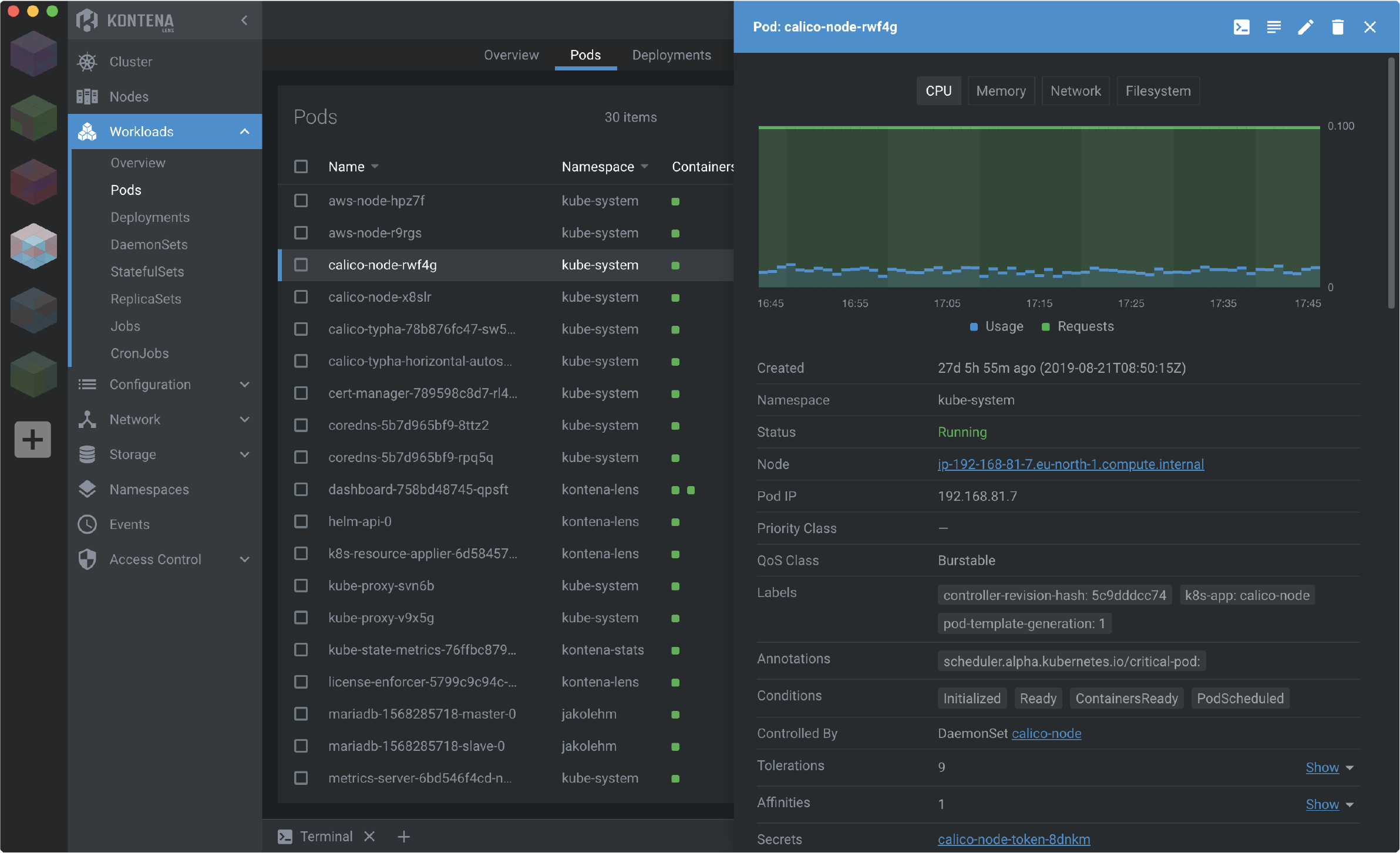 “The mission of Mirantis is very simple: We want to be — for the enterprise — the fastest way to [build] modern apps at scale,” Mirantis CEO Adrian Ionel told me. “We believe that enterprises are constantly undergoing this cycle of modernizing the way they build applications from one wave to the next — and we want to provide products to the enterprise that help them make that happen.”

Right now, that means a focus on helping enterprises build cloud-native applications at scale and, almost by default, that means providing these companies with all kinds of container infrastructure services.

“But there is another piece of the story that’s always been going through our minds, which is, how do we become more developer-centric and developer-focused, because, as we’ve all seen in the past 10 years, developers have become more and more in charge off what services and infrastructure they’re actually using,” Ionel explained. And that’s where the Kontena and Lens acquisitions fit in. Managing Kubernetes clusters, after all, isn’t trivial — yet now developers are often tasked with managing and monitoring how their applications interact with their company’s infrastructure.

“Lens makes it dramatically easier for developers to work with Kubernetes, to build and deploy their applications on Kubernetes, and it’s just a huge obstacle-remover for people who are turned off by the complexity of Kubernetes to get more value,” he added.

“I’m very excited to see that we found a common vision with Adrian for how to incorporate Lens and how to make life for developers more enjoyable in this cloud-native technology landscape,” Miska Kaipiainen, the former CEO of Kontena and now Mirantis’ director of Engineering, told me.

He describes Lens as an IDE for Kubernetes. While you could obviously replicate Lens’ functionality with existing tools, Kaipiainen argues that it would take 20 different tools to do this. “One of them could be for monitoring, another could be for logs. A third one is for command-line configuration, and so forth and so forth,” he said. “What we have been trying to do with Lens is that we are bringing all these technologies [together] and provide one single, unified, easy to use interface for developers, so they can keep working on their workloads and on their clusters, without ever losing focus and the context of what they are working on.”

Among other things, Lens includes a context-aware terminal, multi-cluster management capabilities that work across clouds and support for the open-source Prometheus monitoring service.

For Mirantis, Lens is a very strategic investment and the company will continue to develop the service. Indeed, Ionel said the Lens team now basically has unlimited resources.

Looking ahead, Kaipiainen said the team is looking at adding extensions to Lens through an API within the next couple of months. “Through this extension API, we are actually able to collaborate and work more closely with other technology vendors within the cloud technology landscape so they can start plugging directly into the Lens UI and visualize the data coming from their components, so that will make it very powerful.”

Ionel also added that the company is working on adding more features for larger software teams to Lens, which is currently a single-user product. A lot of users are already using Lens in the context of very large development teams, after all.

While the core Lens tools will remain free and open source, Mirantis will likely charge for some new features that require a centralized service for managing them. What exactly that will look like remains to be seen, though.

If you want to give Lens a try, you can download the Windows, macOS and Linux binaries here.