Apple announced this morning it’s allocating more than $400 million toward affordable housing projects and other homeowner assistance programs in California, as a part of its earlier multiyear pledge of $2.5 billion to address the state’s housing crisis and homelessness issues.

The funding is expected to support thousands of Californians with first-time homebuyer assistance or new, affordable housing units, Apple says.

Projects launching in 2020 include 250 new units of affordable housing across the Bay Area — the first affordable housing developments funded in a private-public partnership with Housing Trust Silicon Valley. The units will span the North, East and South Bay regions, and will include many units reserved for veterans, the homeless or formerly homeless, and residents with developmental disabilities. 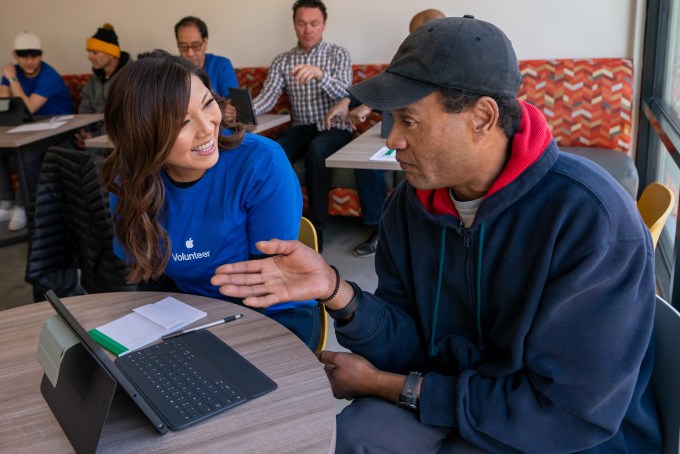 Apple is also offering a mortgage and down payment assistance fund and an affordable housing investment support program, both created in conjunction with the California Housing Finance Agency (CalHFA). Apple has provided mortgage and down payment assistance to hundreds of first-time home buyers to date, it says, with additional benefits reserved for teachers, veterans and firefighters. The CalHFA’s assistance program is typically diverse, as well, with over 65% of borrowers identifying as Hispanic, Black, Asian, Pacific Islander or American Indian.

This month, Apple will launch an affordable housing investment support program with CalHFA, aimed at funding the development of new, very low to moderate-income housing at a lower costs. The program is expected to produce a number of affordable housing units in California over the next five years.

In addition, Apple is supporting the construction of affordable housing units through a partnership with Destination: Home, which supports the homeless in the Silicon Valley area. This initiative will help fund the construction of over 1,000 new units of deeply affordable and supportive housing, including 80 units in a project in Santa Clara for seniors who are homeless or nearing homelessness.

Apple says its support has helped Destination: Home keep 1,500 families annually from losing their homes, up 67% over a year ago. 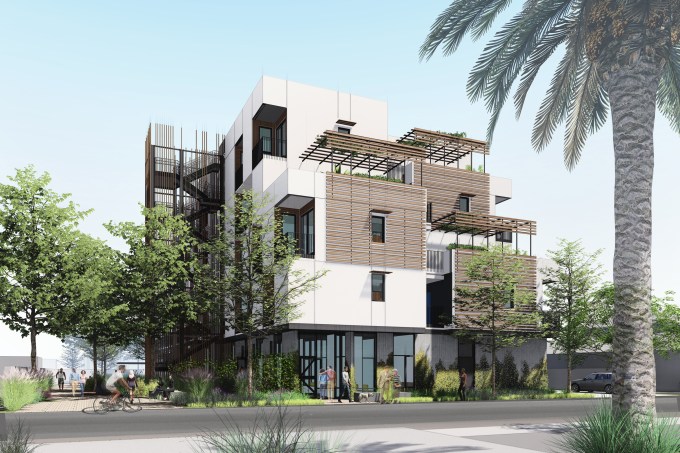 “At a time when so many members of our community are facing unprecedented challenges, we believe it’s critical to make sure that their hopes for the future are supported through tangible programs and results,” said Kristina Raspe, Apple’s vice president for global real estate and facilities, in an announcement. “As cities and states have been forced to pause many of their long-term affordable housing investments amidst the current public health crisis, Apple is proud to continue moving forward with our comprehensive plan to combat the housing crisis in California,” she added.

Apple in November 2019 first announced its plans to commit funds to address the housing and homelessness crisis. It’s not the only major tech firm to do so. Amazon, Facebook and Google are also spending money to address these problems. But these moves aren’t just about charity and good works. Apple, Amazon, Facebook and Google are partially responsible for the housing crisis to begin with, as their expansions in the region have displaced long-time residents from their homes. Over the years, tech companies have been increasingly criticized for the negative impacts they’ve had on communities, as residents that make cities function — like firefighters, nurses and teachers, for example — had to move out due to rising housing prices.

Of course, like most complexities, a number of other factors also contributed to the housing crisis, outside of tech’s impact. There are also the area’s local laws, zoning regulations, protests against building vertically, NIMBY-ism, rental control’s impact on the market, the restricted housing supply, scarcity of available land and more.

The additional funds toward affordable housing arrive at a time when some of the Bay Area’s wealthier residents and tech employees are fleeing the city amid the coronavirus pandemic and its related impacts, such as layoffs. According to a recently released report from Zumper in July, one-bedroom rent prices in San Francisco fell 11.8% year-over-year — the largest drop in the U.S. and beating the prior month’s record. Two-bedroom rents fell nearly 10% year-over-year.

But even a double-digit decline won’t help solve the housing crisis, as rents and home prices were already so high as to be unattainable for many of the city’s residents. Plus, the pandemic’s longer-term impacts on the region’s housing market are yet to be seen. For example, it’s unclear to what extent companies will continue to embrace remote work if a vaccine were to emerge, making it safe to return to offices.

Apple’s initiatives in the $2.5 billion commitment remain unchanged, despite the pandemic. They include a $1 billion affordable housing investment fund with the state of California, a $1 billion first-time homebuyer mortgage assistance fund, $300 million in Apple-owned land made available for affordable housing, a $150 million Bay Area housing fund and $50 million to support Destination: Home’s efforts.