Hey, y’all. I’m experimenting with a bi-weekly roundup that looks at the state of labor in tech.

We’ll use this space to explore topics related to diversity, equity and inclusion, the future of work, issues relating to pay equality, notable personnel changes and much more. 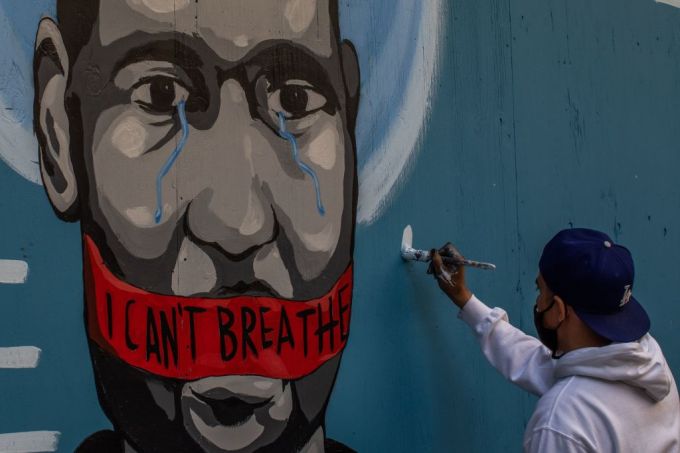 The artist Celos paints a mural in downtown Los Angeles on May 30, 2020 in protest against the death of George Floyd, an unarmed black man who died while being arrested and pinned to the ground by the knee of a Minneapolis police officer. (Photo by APU GOMES/AFP via Getty Images)

It’s been less than two months since the police killing of George Floyd. While the tech industry has continued on with its funding rounds, mergers and acquisitions, there is still work to be done on the racial justice front. Here’s a look at some developments over the last couple of weeks.

As seen in Facebook’s final civil rights audit report conducted by former ACLU attorney Laura Murphy, the social networking giant still must do more to increase diversity in its senior leadership roles and C-suite. These roles for Black, indigenous and people of color must also not be “limited to diversity officer positions as is often the case in corporate America,” the report states.

According to the audit, there must also be company-wide recognition that diversity, equity and inclusion efforts are not to fall solely on those in underrepresented groups, but rather on all members of the senior leadership team and managers. The audit also highlighted employee concerns around “a lack of recognition for the time URM employees spend mentoring and recruiting other minorities to work at Facebook.”