Since the killing of George Floyd at the hands of four police officers heightened awareness about racial justice, the experiences of Black people in tech — and the industry’s lack of racial diversity — are getting new attention.

In the tech ecosystem at large, the industry is still predominantly white and male, and venture capital is no different. Just 3% of investment partners are Black, according to a 2018 survey from by the National Venture Capital Association and Deloitte. Meanwhile, more than 80% of VC firms don’t have a single Black investor and just 1% of venture-backed startups have a Black founder, according to BLCK VC.

“Venture capital certainly plays a role,” GV Principal Terri Burns told TechCrunch about the overall lack of diversity in tech. “VC is a tool that can enable businesses to scale greatly and quickly, and historically, this tool hasn’t been equally distributed. For example, VC has traditionally focused on founders from a small number of institutions and pedigrees that are not particularly diverse (in 2016 we learned from Richard Kerby, general partner at Equal Ventures, that 40% of VCs went to either Harvard or Stanford). With more equal distribution of funds across backgrounds, underrepresented people will have a greater chance at success.”

Burns shared the above and more as part of our survey of a handful of Black VCs in tech. Burns, and others, described what they’re looking for in their next investment, identified overlooked opportunities that are ripe for innovation and offered advice for founders navigating COVID-19 amid this racial justice uprising.

“Both COVID-19 and the racial justice uprising have had really profound impacts on our society and the tech ecosystem,” Precursor Ventures Managing Partner Charles Hudson told TechCrunch. “For me, the main takeaway from COVID-19 is that planning in an uncertain environment is extremely stressful for founders. Advice that made sense in March and April might not apply in May and June. We went from a world where it felt like we might shelter-in-place through the fall to an attempted reopening of the economy. I think the racial justice uprising is a different thing. It’s bigger than technology, it’s about our society coming to grips with some really important, structural issues.

“While I think everyone is really struggling with the impacts of COVID-19, I think employees and founders of color are being particularly impacted by the racial justice issue and it is weighing heavily on the minds and hearts of many who are trying to process what’s happening while also trying to be productive and engaged at work. I think it’s important to be aware of that and do what you can to support folks who are struggling under the weight of this.”

Below, we’ve gathered insights from: 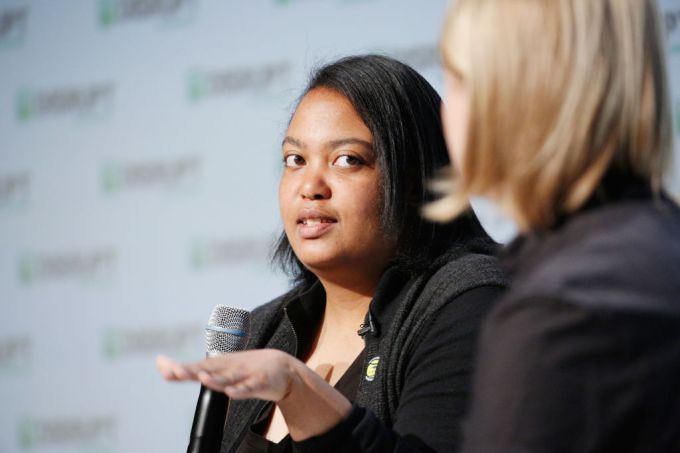 What are the industries you’re most interested in right now?

I am into things that promote sustainability, that are clever. I like the senior care industry, but also pushing that a little further into senior activity and thriving entrepreneurship, et cetera. And media. I think media has a really interesting, exciting opportunity right now because of the way representation is so important, has always been, but it’s even more now. I’m seeing more and more interesting and unique media options rather than the status quo.

What are you looking for in your next investment?

I’m looking for people who can break down barriers within their industries, who can offer something exciting, and new, and innovative to their end user, and someone who is daring, and risk-taking, and not afraid to go against the grain. That’s really the main thing I’m looking for.

What are some overlooked opportunities that are ripe for innovation?

Again, I think senior care is something a lot of people are thinking about, thankfully. At the same time, we don’t spend a lot of time thinking about what value seniors can bring to the ecosystem, to even tech. I think you have millions and millions of people who have a gained experience that no one else has, that’s their junior, and you have all this technology at their fingertips. I’ve noticed that a lot of seniors I know have some sort of… it’s intuitive, some of this tech, like voice. They’re used to having to track down their children, and so they’re used to yelling out in the middle of an empty room, to be honest. I think that’s part of where it comes from.

They don’t have the same vanities that a lot of younger people have, and so they’re willing to take more risk when it comes to trying something new. It’s not necessarily something they want to be dangerous about because they are, by and large, taking care of themselves and caring about damage to their bodies, but they’re not afraid to look silly or to sound silly when they’re trying out a new device. I think that’s something that we can really tap into, because a lot of these people who are 70, 75, 80 years old, there’s still 20 years purchasing power there, at the least, and it’s just important that we don’t discard them and forget about them.