Relativity Space has a new customer for its 3D-printed rockets: Established satellite maker and operator Iridium, which has picked the company for launches in 2023. To accomplish those, and other launches like them, the company is also setting up a new launch site at Vandenberg Air Force Base in California.

“It’s obviously pretty huge news for us,” Relativity co-founder and CEO Tim Ellis told TechCrunch. “Not only do we have a second launch site, but we have an anchor customer. We’ve actually pre-sold more launches than any other company in the industry since SpaceX.”

Iridium has put 66 satellites in orbit over the last few years on SpaceX Falcon 9 rockets, but there are several in storage as spares should it become necessary to replace one. Replacement launches will occur as needed starting no earlier than 2023, giving both companies plenty of wiggle room.

“Relativity is one of the only companies that can launch these at all — they’re north of 800 kilograms,” Ellis noted. That puts smaller vehicles like Rocket Lab’s Electron and aspirants like Virgin Orbit out of the running, pitting Relativity’s Terran I against Arianespace’s Vega and ISRO’s PSLV.

Not only would a Terran I be much less expensive than those, but “we’re fully U.S. funded, staffed, operated, and launched,” Ellis said. That makes it very attractive to more than a few segments of the space community.

The Iridium launches would need to enter a polar orbit, which isn’t possible with the setup Relativity has at its launch facility in Cape Canaveral. So the company has been working with Vandenberg Air Force Base, near Los Angeles, to establish a spot where polar and sun-synchronous orbits are possible. 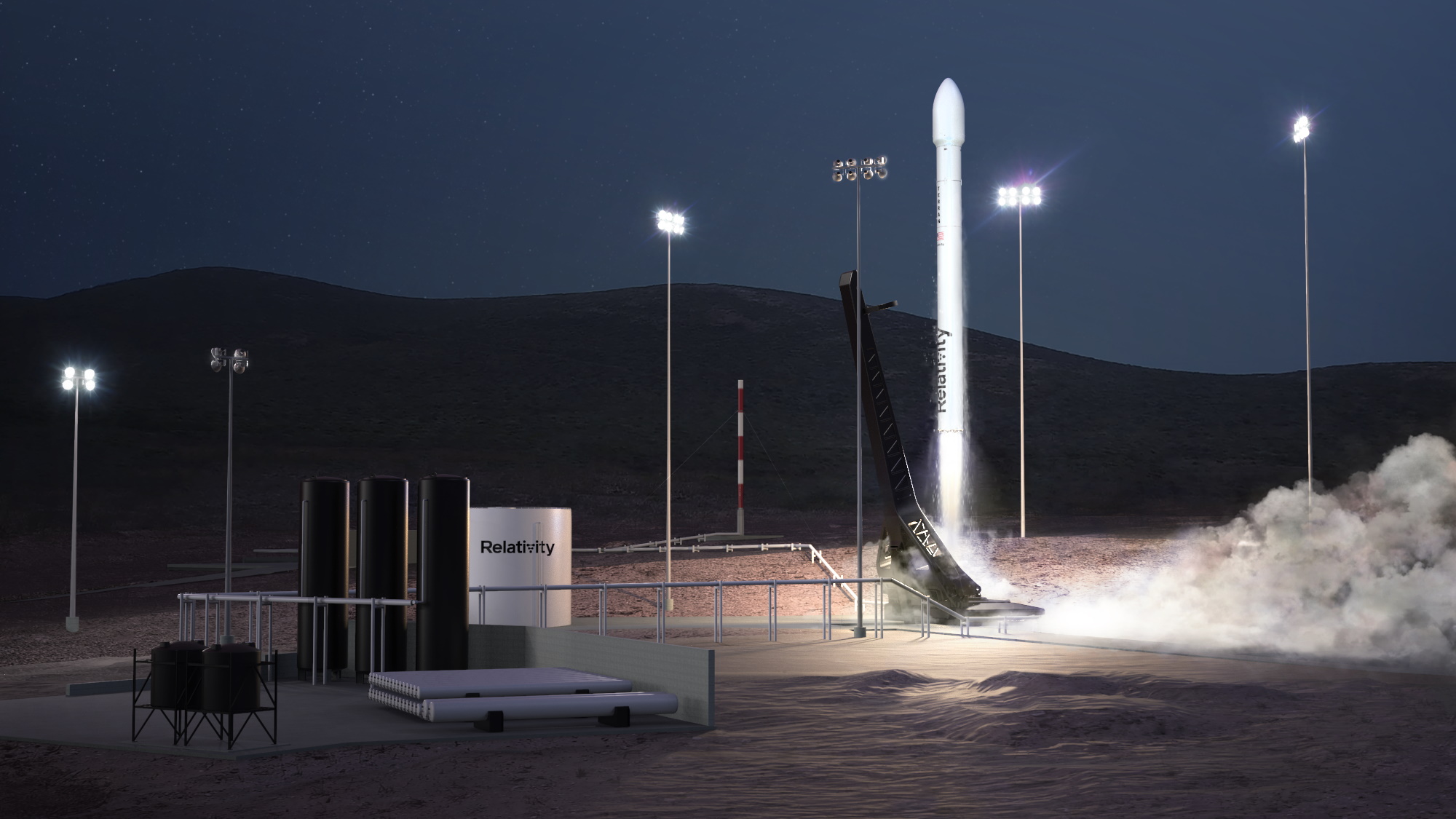 The company and the Air Force have reached what’s known as “right of entry,” a term specific to arrangements like this that basically means Relativity can do testing on site while fulfilling the other prerequisites to using the area in a more permanent fashion.

Ellis noted with satisfaction that the new spot at Vandenberg has a special quality: “It’s the southernmost site, and since we fly south, we don’t overfly any other major launch sites. So from a scheduling conflict perspective, we expect the fewest conflicts of any site out there.” That means more flexibility and possibly an increased launch cadence down the road.

That’s all presuming everything goes as planned as far as actually getting Terran I into space, though the company’s momentum is substantial.

“We’re fully on track for first launch in 2021 in Cape Canaveral. We’ve already passed the environmental assessment, and we’re close to getting a full site license,” Ellis said.

Testing has restarted at NASA’s Stennis Space Center, and the company is planning a full-scale engine test in the fall. Relativity also recently moved to a new, enormous headquarters in Long Beach, where its unique 3D printing process for rocket parts will take in raw materials and output nearly complete launch vehicles at industry-leading rates.

The pandemic put some things on hold, but, Ellis said, actually accelerated their hiring. Relativity recently added to its roster Zac Dunn, who contributed hugely to SpaceX’s success and also worked at Vandenberg; no doubt his network has been put to good use. The company also recently hired its first CFO, Muhammad Shahzad, formerly of the Honest Company and Goldman Sachs. Perhaps he’ll know what to do with the hundreds of millions of dollars the company has.