Apple’s iMessage platform is getting a notable update with the release of iOS 14 and macOS’s Big Sur. At its virtual Worldwide Developer Conference keynote this morning, Apple announced the next version of iMessage will support a number of popular features found in rival messaging apps like Slack or even Facebook’s Messenger, among others. This includes added support for common features like inline replies, pins, and mentions, plus updated customizations for group chats, expanded Memoji, improved search, and more. 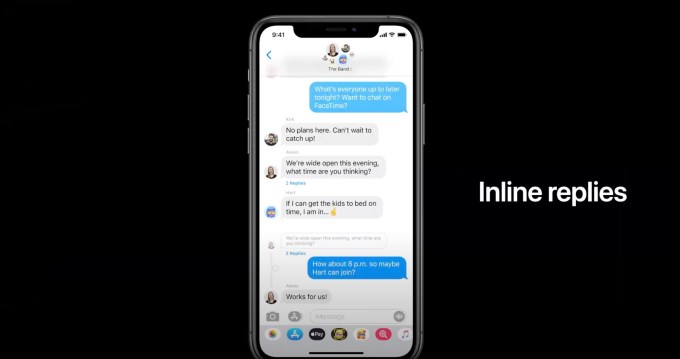 To make it easier for other iMessage users to know who a message was meant for in a group chat, iMessage is adding support for Mentions. But unlike the @ mention format on some apps and social platforms, like Twitter, iMessage only requires you type someone’s name — no extra symbol required.

The app will pop up a contact suggestion, which you can then click to select. The person’s name is then highlighted in blue in your text to indicate you’ve directed your comment to them.

The best part, however, is that you’ll be able to configure the Messages app to only notify you when you’ve been directly mentioned in a conversation. That will help you better keep up with busier chats you may have set on mute, without missing anything important.

The design for Group chats has also changed, where now the profile icons for the most recently active people are shown the largest.

Group chats can also be customized with a personal photo or emoji as their main photo. Within the conversation, you’ll see the group members’ profile icons spread out around this main image.

Another new feature, Pinned Conversations, will allow you to keep your most important iMessage chats at the top of the screen. This way, you can more easily jump back into your most frequently accessed conversations, like your BFF or family group chat, for example. But it also gives you a way to quickly continue a conversation with an important contact, like a significant other, spouse, or child, or anyone else you message often. 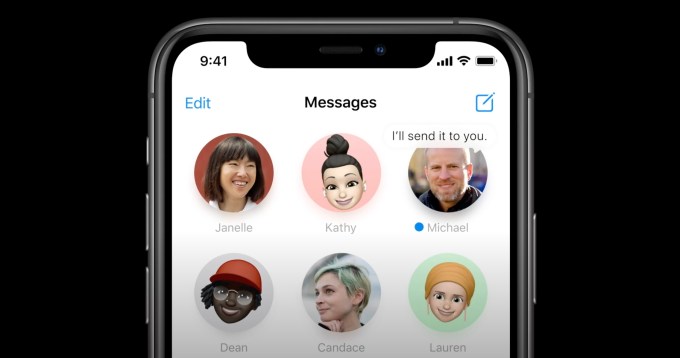 As new messages arrives in these group chats, they’ll display right at the top of the screen. You can even see the typing indicator appear when someone is texting you.

This feature will be particularly useful for those who primarily and regularly use iMessage to keep track of their conversations, but often miss important messages in a long list of unreads. It also gives you an easy way to reduce screen time, by giving you a single place to quickly make sure you haven’t missed an urgent message, without having to scroll through your list of unreads and catch up. 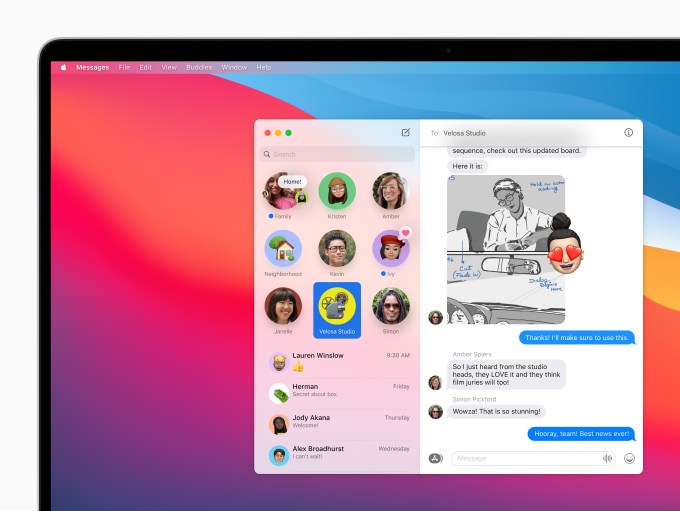 On Mac, the Messages app will also gain access to the new features including Inline Replies, Pinned Conversations, and Mentions, as well as iMessage’s Message Effects, the ability to customize Memoji, a new photo picker and #images. Apple promises also a revamped Search experience which better organizes results into links, photos, and matching items.

The new features will roll out with the release of iOS 14 and macOS Big Sur later this year.