Amid shelter-in-place, grocery delivery has had a huge spike in popularity, leading investors to take a look at services that approach the market differently than incumbents like Instacart. Jupiter is a grocery delivery and meal planning startup that’s approaching the market with an eye toward convenience and automation.

The startup is announcing that they’ve raised $2.8 million in a seed round led by Khosla Ventures and NFX. The team raised the funding long before the world of shelter-in-place became a reality for the millions in the Bay Area — where the startup offers its services — but heightened attention on grocery delivery and meal planning has brought a new slew of customers to the startup, CEO Chad Munroe tells TechCrunch.

“People depend on us more now,” he says. “In shelter-in-place, a lot of people are cooking more and meal-planning more and we automate that experience for them.”

Jupiter sports major differences with the traditional grocery delivery startup like Instacart. The biggest one is that Jupiter partners with food suppliers directly and maintains its own central warehouse hub where orders are fulfilled. This simplifies a few things and complicates a lot of others, but ultimately reduces the number of variable inputs for Jupiter when groceries are being ordered. The main issue here is that it obviously makes scaling to new geographies a more capital-intensive process when you have to get a warehouse up-and-running. The startup is currently operating only across the Bay Area out of a Bay View warehouse facility. 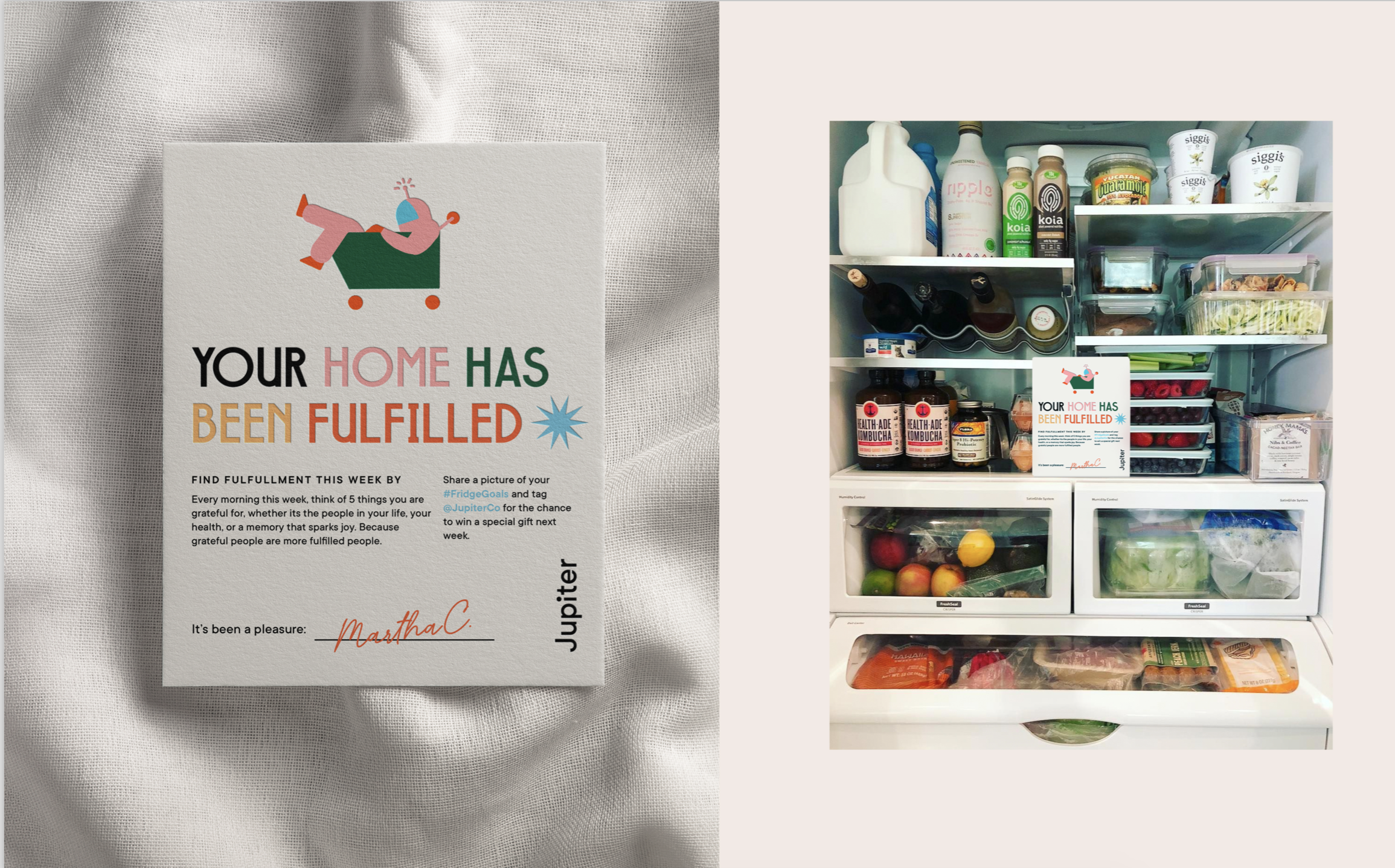 The service costs $45 per month, but as with other food delivery startups, most of your costs are baked into the margins on the items you order, which seem to cost quite a bit more than you’d pay at a Whole Foods. The pricing definitely pits the startup toward a more affluent clientele, one that’s okay with a $2.39 avocado and a $6.05 gallon of milk.

Jupiter has organized its service a bit around providing a more streamlined experience for customers that falls in line with the premium price point. Rather than a delivery order going to the first contractor to take a look at the job, households are generally served by the same person every week — someone that can learn a family’s preferences over time. Some of Jupiter’s customers actually opt to have their groceries delivered directly into their house, dropped off inside or stocked into their fridge and pantry. The whole focus is convenience and stripping the logistic management process away from consumers, allowing them to just keep pulling food out of their fridge.

Munroe says one of the things customers like most about the service is that it’s a “hands-off experience.”

All of these differentiations add up to a “luxury” Instacart, but Jupiter’s long-term ambitions are organized around optimizing grocery delivery to get rid of the ordering process altogether. The startup’s autopilot initiative gives user’s a grocery cart worth of goods based on past preferences and recommendations from the startup. Users can make changes before their orders are fulfilled, but the goal for Jupiter is to hone the system over time so that they don’t have to.

For a company that operates their own inventory, there’s obviously huge upside for this. Jupiter can adjust these automatic recommendations based on what they have in stock or what sort of deals they’ve worked out with suppliers. Munroe also points out that fully automating their customers’ preferences would put them on the road to zero food waste, an environmental goal as well as an economic one. Jupiter isn’t just sending users milk, eggs and bread, the startup is also helping automate the creation of meal plans for users, determining what’s on the menu for dinner each night they’re dining in. Going forward, the startup is piloting some experiences where they partner directly with restaurants and local businesses to sell prepared meals and baked goods that are ordered and delivered through Jupiter’s systems.