T-Mobile appears to be having problems.

Customers are reporting that they can’t make or receive phone calls, although data appears to be unaffected. Some customers say that text messaging is also affected.

DownDetector, which collects outage reports from users, indicates that a major outage is underway. It’s not clear how widespread the issue is, but at the time of writing T-Mobile was trending across the United States on Twitter. 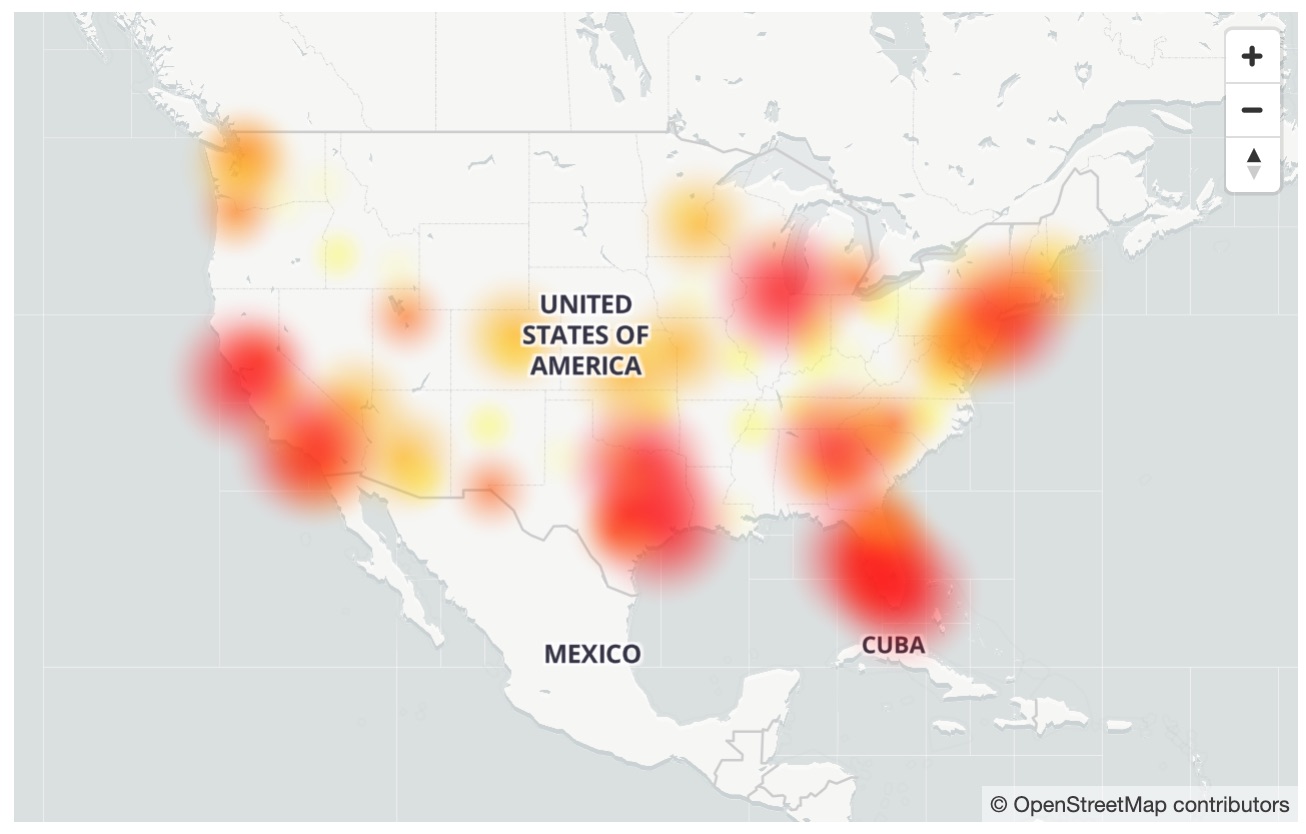 DownDetector reporting outages across the U.S.

In our own tests in New York and Seattle, we found that making calls from a T-Mobile phone would fail almost immediately after placing the call. We also found that the cell service on our phones was intermittent, with bars occasionally dropping to zero or losing access to high-speed data.

In April, Sprint and T-Mobile completed its merger, valued at $26 billion, making the combined cell network the third largest carrier in the United States behind AT&T and Verizon.

A spokesperson for T-Mobile also did not immediately comment on the outage, but T-Mobile’s technology chief Neville Ray tweeted:

Our engineers are working to resolve a voice and data issue that has been affecting customers around the country. We’re sorry for the inconvenience and hope to have this fixed shortly.

Others have reported issues on other networks. When reached, spokespeople for AT&T and Verizon (which owns TechCrunch) said their networks were operating normally. Sprint has not yet responded to a request for comment.

There is no evidence that the outage was caused by a cyberattack. Matthew Prince, chief executive at Cloudflare, a global content delivery network, said in a tweet that the company saw no spikes in internet traffic during the outage.

One wire report said Level 3, a major fiber network backbone that cell networks rely on for routing calls and messages, was experiencing an outage, which may have explained the network outages. But a spokesperson for CenturyLink, which owns Level 3, said that there was no current outage on its network.

Widespread cell networks outages are rare but do happen. In 2017, CenturyLink had a network failure that affected all major U.S. carriers and 911 emergency services that rely on the fiber network to route calls. In some U.S. counties, officials sent out emergency alerts to cell phone users to warn that 911 services had been disrupted.

Updated to note that carrier-dependent text messaging also appears to be affected; with AT&T and Verizon responses; with an update from T-Mobile’s chief executive; and with a statement from CenturyLink. An earlier version of this report incorrectly stated Neville Ray’s job title.