Team8, the Israel-based firm founded by a team of intelligence vets and backed by the likes of Intel, Microsoft, Walmart and Cisco to develop and spin out cybersecurity startups, is announcing a step change in its business model that underscores the huge amount of activity we’re seeing these days in the sector. Alongside its studio model, it’s launching a venture capital arm, with the aim of investing in Seed, A and B rounds for a variety of cybersecurity, as well as AI, data science and enterprise startups, not just the cybersecurity startups that it’s building itself.

So far, according to documents that we’ve seen, it has raised $104 million for Team8 Capital, as the arm will be called, and we understand that it will be adding more funds in the coming weeks. The firm has already made three investments out of the fund, with a fourth on the way, Sarit Firon, co-head of the Capital division, said in an interview, although she wouldn’t disclose the names of the startups getting funded. 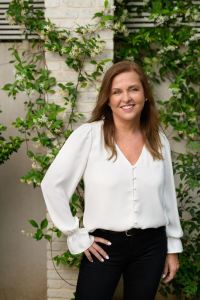 Firon (pictured, right) is an interesting appointment and highlights how, if Team8 previously set out to play the long game by incubating ideas and potentially spinning out one or two each year, that its new Capital division will be hoping to ramp up the pace.

Firon is a veteran investor and entrepreneur who Team8 says has been involved as an executive or investor in some $4 billion of exits of Israeli startups over the last several years. She’ll be leading the effort with Liran Grinberg, one of Team8’s original founders alongside others like Nadav Zafrir, the former Commander of 8200, Israel’s famed intelligence unit.

The move to launch a separate VC division to exist alongside its studio model comes after a strong period of activity on both sides of the cybersecurity equation.

Increasingly sophisticated, malicious hacking has meant that we continue to reach and surpass high watermarks when it comes to security breaches affecting organisations and individuals. On the other side, the same technological advances are leading to a proliferation of startups built on new techniques — and a subsequent surge of demand from investors, acquiring companies and customers to get a piece of the action.

Team8 has been on the receiving end of some of that business: The firm, which employs some 40 cybersecurity experts, is backed by huge tech firms and others like Accenture and Walmart in part because it gives those companies direct access to more fleet-of-foot startup teams focusing on cutting-edge technology in an area that remains a moving target.

Since Team8 was founded in 2014, of the 11 startups that it has incubated and launched, it has seen one exit, Temasek acquiring Sygnia for $250 million, and a number of portfolio companies, including Illusive and Duality, have raised further rounds, with the total raised at over $350 million across the whole of the portfolio.

While that model will continue to exist, now the idea will be to scale out the proposition further by tapping other companies to the portfolio outside of what Team8 has built itself, and across a wider range of categories. Team8 Capital will continue to use the same kind of vetting techniques it has applied to its own idea-hatching both to identify interesting companies, and to subsequently help them along in their development once they make the investment, Firon said in an interview.

“We are not moving away from the founding model. We are still building companies and that is here to stay,” she said. “The main reason for launching the new capital fund is because when we do our research, we encounter a lot of innovation. When we see an already great solution, why reinvent that? This is about bringing more innovation to this network. We can build one or two companies each year, and this will mean we could bring more innovation to our village in that time.”

We’ve seen a boost of VC capital being targeted at the moment at promising portfolio companies by VCs that are hoping to help support them at a time when business might either be challenging, or be seeing unprecedented levels of demand — both being consequences of the current COVID-19 health pandemic. The same applies to Team8 Capital, which in part is responding to how suddenly the deal climate has changed.

“We didn’t know this [pandemic] would become what it has, leading to business for some of our companies to accelerate so much faster,” she said. At the same time, it’s had a big effect on investors as well.

“Every venture capitalist has reassessed and recalculated what they do,” she said. “On one side, people are looking at portfolio companies to see how they can help them. But that doesn’t mean no new investments. I’d say the volume has decreased dramatically in the last few months and we’re seeing a lot more reassessing of resources. And valuations have become more reasonable, and we’ll see more investments only in things that deliver results. Before COVID-19 I was amazed to see companies investing in ways that don’t make sense, for example $100,000 to generate every $1 of business just makes no sense. Now they will become much more responsible.”