After weeks of intense debate, the French government has released its contact-tracing app StopCovid. While it was supposed to be released on both iOS and Android six hours ago, it is only available on the Play Store right now.

It’s unclear what is causing the bottleneck on iOS, as the government sent me a beta version of the iOS app last week ahead of the final release today. I’ve reached out to the French government but haven’t heard back.

Update: The app has been released on the App Store a few hours after the Android release.

France isn’t relying on Apple and Google’s contact-tracing API. A group of researchers and private companies have worked on a separate, centralized architecture. The server assigns you a permanent ID (a pseudonym) and sends to your phone a list of ephemeral IDs derived from that permanent ID.

Like most contact-tracing apps, StopCovid relies on Bluetooth Low Energy to build a comprehensive list of other app users you’ve interacted with for more than a few minutes. If you’re using the app, it collects the ephemeral IDs of other app users around you.

The implementation then differs from here. If you’re using StopCovid and you’re diagnosed COVID-19-positive, your doctor, hospital or testing facility will hand you a QR code or a string of letters and numbers. You can choose to open the app and enter that code to share the list of ephemeral IDs of people you’ve interacted with over the past two weeks.

From the very beginning, France’s contact-tracing protocol ROBERT has raised some privacy concerns. Hundreds of French academics signed a letter asking for safeguards. In particular, they said it was unclear whether a contact-tracing app would even be useful when it comes to fighting the coronavirus outbreak.

France’s data protection watchdog CNIL stated that the app was complying with the regulatory framework in France. But CNIL also added a long list of recommendations to protect the privacy of the users of the app.

Last week, the parliament voted in favor of the release of the contact-tracing app. But it was a complicated debate, with a lot of misconceptions and some interesting objections.

Now, let’s see how people react to the release of the app and if they actually download the app. The government said there won’t be any negative consequence if you’re not using StopCovid, nor any privilege if you are using it.

There’s one thing for sure — not releasing the iOS app at the same time as the Android app introduces some confusion. The most downloaded app on the iOS App Store in France is currently STOP COVID19 CAT, a health information app from the government of Catalonia: 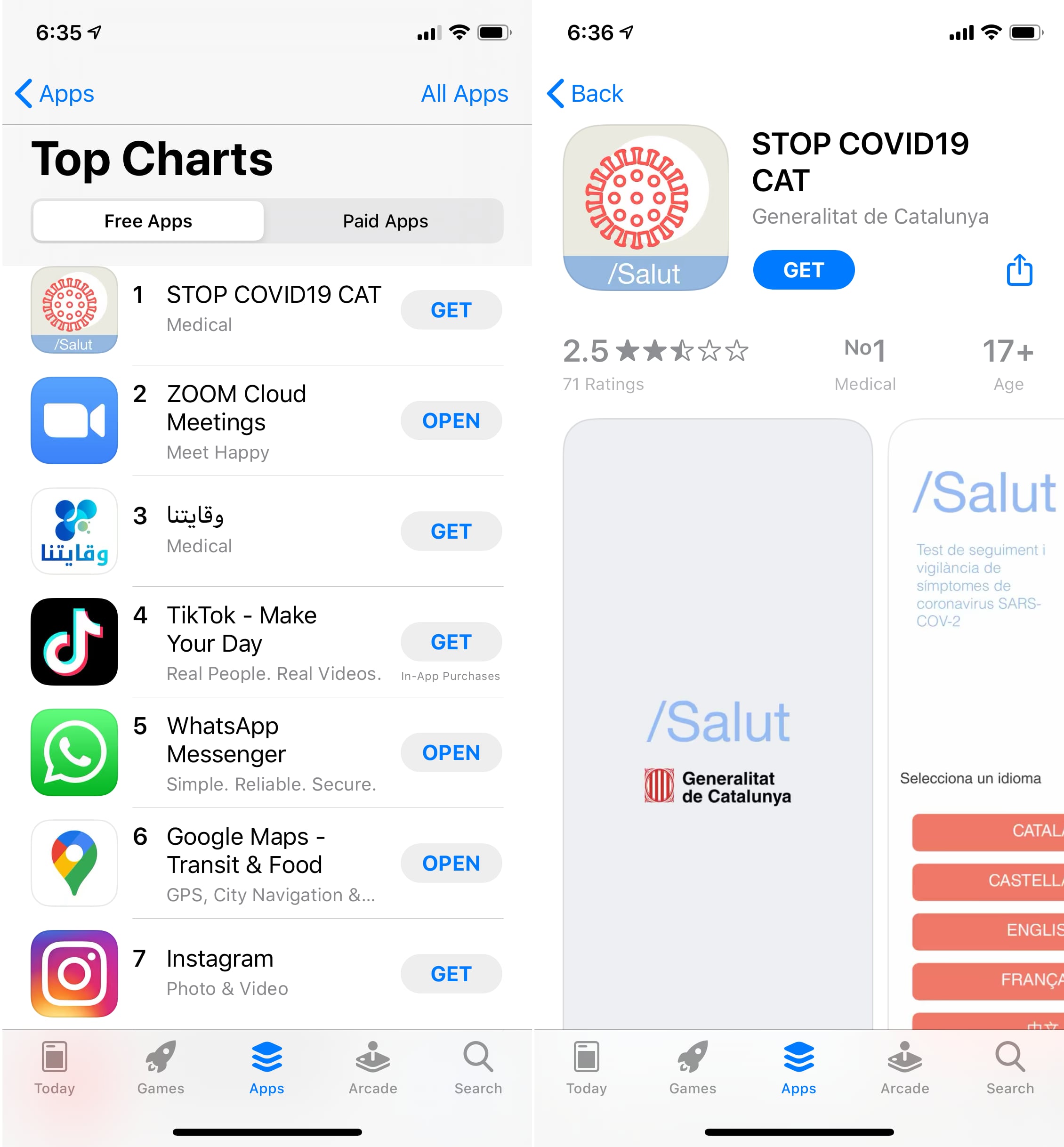