The tweet, from Republican Florida Rep. Matt Gaetz, suggested that the U.S. government “hunt down” anti-fascist activists in the country like it would pursue international terrorists. 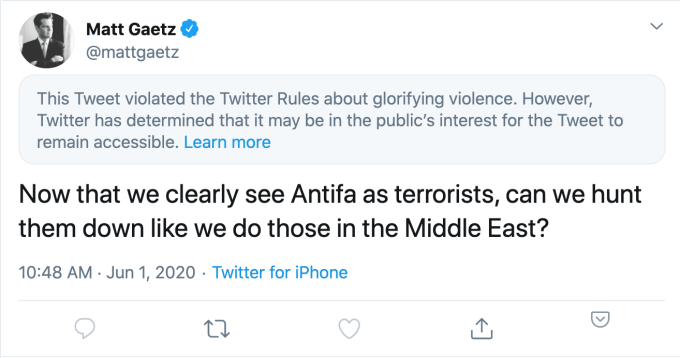 Consistent with its previously announced policy concerning tweets from public figures that violate its rules, Twitter left the post up but placed it behind a note. “We want to make it clear today that the accounts of world leaders are not above our policies entirely,” Twitter wrote in the policy, released last year. “… We will err on the side of leaving the content up if there is a clear public interest in doing so.”