RudderStack, a startup that offers an open-source alternative to customer data management platforms like Segment, today announced that it has raised a $5 million seed round led by S28 Capital. Salil Deshpande of Uncorrelated Ventures and Mesosphere/D2iQ co-founder Florian Leibert (through 468 Capital) also participated in this round.

In addition, the company also today announced that it has acquired Blendo, an integration platform that helps businesses transform and move data from their data sources to databases.

Like its larger competitors, RudderStack helps businesses consolidate all of their customer data, which is now typically generated and managed in multiple places — and then extract value from this more holistic view. The company was founded by Soumyadeb Mitra, who has a Ph.D. in database systems and worked on similar problems previously when he was at 8×8 after his previous startup, MairinaIQ, was acquired by that company. 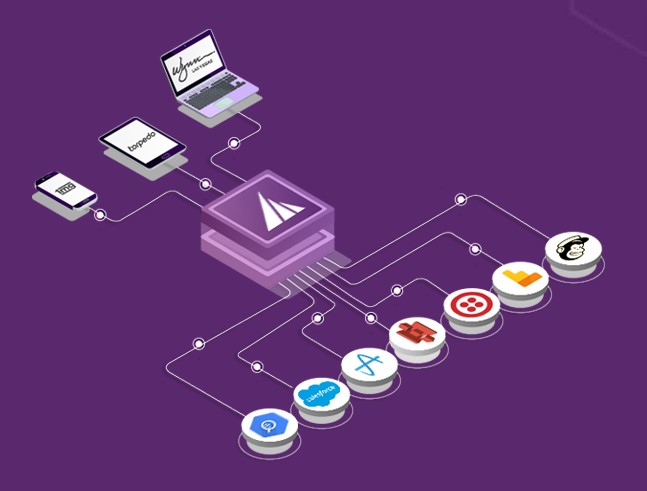 Mitra argues that RudderStack is different from its competitors thanks to its focus on developers, its privacy and security options and its focus on being a data warehouse first, without creating yet another data silo.

“Our competitors provide tools for analytics, audience segmentation, etc. on top of the data they keep,” he said. “That works well if you are a small startup, but larger enterprises have a ton of other data sources — at 8×8 we had our own internal billing system, for example — and you want to combine this internal data with the event stream data — that you collect via RudderStack or competitors — to create a 360-degree view of the customer and act on that. This becomes very difficult with the SaaS-hosted data model of our competitors — you won’t be sending all your internal data to these cloud vendors.”

Part of its appeal, of course, is the open-source nature of RudderStack, whose GitHub repository now has more than 1,700 stars for the main RudderStack server. Mitra credits getting on the front page of HackerNews for its first sale. On that day, it received over 500 GitHub stars, a few thousand clones and a lot of signups for its hosted app. “One of those signups turned out to be our first paid customer. They were already a competitor’s customer, but it wasn’t scaling up so were looking to build something in-house. That’s when they found us and started working with us,” he said.

Because it is open source, companies can run RudderStack anyway they want, but like most similar open-source companies, RudderStack offers multiple hosting options itself, too, that include cloud hosting, starting at $2,000 per month, with unlimited sources and destination.

As for the Blendo acquisition, it’s worth noting that the company only raised a small amount of money in its seed round. The two companies did not disclose the price of the acquisition.

“With Blendo, I had the opportunity to be part of a great team that executed on the vision of turning any company into a data-driven organization,” said Blendo founder Kostas Pardalis, who has joined RudderStack as head of Growth. “We’ve combined the talented Blendo and RudderStack teams together with the technology that both companies have created, at a time when the customer data market is ripe for the next wave of innovation. I’m excited to help drive RudderStack forward.”

Mitra tells me that RudderStack acquired Blendo instead of building its own version of this technology because “it is not a trivial technology to build — cloud sources are really complicated and have weird schemas and API challenges and it would have taken us a lot of time to figure it out. There are independent large companies doing the ETL piece.”