Amazon-owned game-streaming site Twitch announced today the formation of a new group that will guide decision-making around new policies and products: the Twitch Safety Advisory Council. The eight-person council consists of both online experts and Twitch creators, who have a deep understanding of the Twitch platform, its content and community, the company says.

“When developing this council we felt it was essential to include both experts who can provide an external perspective, as well as Twitch streamers who deeply understand creators’ unique challenges and viewpoints,” Twitch explained, in an announcement introducing the new council members. “Each member of the council was carefully selected based on their familiarity with the Twitch community and their relevant personal and professional experiences.”

Twitch says it felt the need to create a group like this to allow communities to thrive on Twitch, particularly at a time its platform is seeing record levels of engagement. Due to the coronavirus outbreak, streaming services have seen sizable increases in usage — and Twitch has been no exception.

According to recent data from Arsenal.gg, StreamElements’ analytics partner, Twitch saw 48% month-over-month growth in hours watched between March and April, including game streams and non-gaming content combined, reaching 1.65 billion hours watched last month. Year-over-year, Twitch was up by 101% in hours watched as of April, thanks to sizable growth of Twitch’s “Just Chatting” category of non-game content that alone climbed 138% year-over-year.

Twitch confirmed some of these metrics, noting hours watched were up over 50% in the past four weeks since social distancing began. It also said that, in 2019, it was seeing an average of over 4 million unique streamers per month, totaling 10 billion hours watched.

But the growth in viewers and content means there’s also a lot more to manage to keep the community safe, which is where the advisory council is meant to help.

The group will offer their input on the drafting of new policies and policy updates; the development of new products and features aimed at improving safety and moderation; the promotion of healthy streaming and “work-life balance” habits; the protection of interests from marginalized groups; and the identification of emerging trends that could impact the Twitch experience.

In its announcement, Twitch introduced the new members as follows (its words):

Alex is Deputy CEO at non-profit The Diana Award, which is a legacy to Princess Diana’s belief that young people have the power to change the world. He is the founder of the peer to peer support program Anti-Bullying Ambassadors, a network of trained young people dedicated to preventing peer on peer violence (on and offline) and bullying, particularly in schools. Alex sits on the global safety advisory boards of a number of the major social media and tech companies advising them on their approach to safety and online harms.

CohhCarnage is a Twitch Partner and one of the original variety streamers on Twitch. He plays most major releases and indie darlings and is well known for his 100% franchise playthroughs leading up to major game releases. He is also a regular host on Dropped Frames, which covers the hottest news and games on the streaming scene. CohhCarnage is known for his positive community “The Cohhilition” and his slogan “happy, helpful, respectful.”

Cupahnoodle is a partnered Twitch Ambassador and host/commentator, the Mayor of Cupton, a lover of zombies, and a music connoisseur. Her streams range from playing games, to hosting conventions and on site interviews, to providing colorful commentary at esports events.

Emma is the Director of the Center for Democracy & Technology’s Free Expression Project and leads CDT’s work to promote law and policy that support Internet users’ free expression rights in the United States, the European Union, and around the world. The Project’s work spans many subjects, including human trafficking, privacy and online reputation issues, counter-terrorism and “radicalizing” content, disinformation, and online harassment. Emma’s areas of focus include intermediary liability law, the capabilities and limitations of automated content analysis, transparency reporting, and best practices in content moderation for empowering users and online communities.

Steph has been a full time streamer since her debut playing competitive collegiate Heroes of the Storm in 2016. She was one of the first transgender streamers to ever be partnered on Twitch, and the first to bring a transgender pride flag emote to the platform. Her fight for inclusivity includes creating a competitive team composed entirely of marginalized gamers, and vehemently opposing non inclusive mechanics such as voice chat.

Dr. Hinduja is a Professor in the School of Criminology and Criminal Justice at Florida Atlantic University and Co-Director of the Cyberbullying Research Center. He is recognized internationally for his groundbreaking work on the subjects of cyberbullying, sexting, and social media abuse, concerns that have paralleled the exponential growth in online communication by young people. As a noted speaker and expert on teens and social media use, Dr. Hinduja also trains students, educators, parents, mental health professionals, and other youth workers on how to promote the positive use of technology. Dr. Hinduja is also the Co-Founder and Co-Editor-in-Chief of the International Journal of Bullying Prevention, a new peer-reviewed journal from Springer.

T.L. Taylor is Professor of Comparative Media Studies at MIT and co-founder and Director of Research for AnyKey, an organization dedicated to supporting and developing fair and inclusive esports. She is a qualitative sociologist who has focused on internet and game studies for over two decades. Dr. Taylor’s research explores the interrelations between culture and technology in online leisure environments. Her 2018 book, Watch Me Play: Twitch and the Rise of Game Live Streaming, is the first of its kind to chronicle the emerging media space of online game broadcasting.

Zizaran is a Twitch Partner who has been streaming since 2015. His streams mostly focus on ARPGs, particularly Path of Exile. He believes that Twitch has a culture you can’t find anywhere else and looks forward to helping Twitch make rules clearer and reducing community confusion, specifically when it comes to bans and suspensions on the platform.

The council’s launch isn’t just about keeping Twitch safe and welcoming. It’s also arriving at a time when Twitch is pitching itself to advertisers, whose marketing efforts have been impacted due to the cancellations of live events and sports amid the pandemic. Advertisers, burned by YouTube in the past, are looking for brand safety. 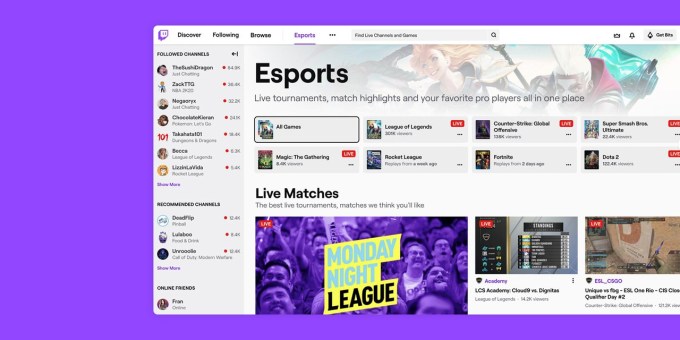 This coronavirus pandemic has increased demand from clients who have accelerated their interest in Twitch, the company recently told The Drum in an interview. In addition, the game-streaming site can help address viewers’ demand for sports content through its sports sims, and their demand for competitions to watch through esports.

On the latter front, Twitch just weeks ago launched an esports directory on its site to cater to its growing streaming audience. It also recently partnered with Comscore to bring gaming and esports stats to advertisers.

The site generated $230 million ad revenue in 2018, which increased to $300 million in 2019, according to a report by The Information. But ad rates are down in 2020 due to the pandemic. That means Twitch may gain more interest and more advertisers, but not see a significant jump in revenue to reflect that until further down the road.