Hi and welcome back to The Station, I’m your host Kirsten Korosec, senior transportation reporter at TechCrunch. If you’re interested in all the future and present ways people and packages move from Point A to Point B, you’re in the right place.

As I mentioned in the last edition, “how” our society opens back up is as important as “when” it does. A line from The Atlantic’s McKay Coppins, who wrote about a recent experience traveling via airplane, illustrated what I’ve been thinking about for weeks now:

The glittering allure of “normalcy” that waits on the other end of these stay-at-home orders is a mirage.

His words land with a gloom-laden thud. But I take a more neutral view than perhaps Coppins was aiming for. Returning to “normal” isn’t always a good thing. That’s particularly true when you consider the inequity within our cities and transportation infrastructure. COVID-19 could be a positive catalyst for change.

We’re getting change whether we’re ready or not. What do you want that change to look like?

Please share your ideas. Reach out and email me at kirsten.korosec@techcrunch.com to share thoughts on my above question or offer up opinions or tips. You can also send a direct message to me at Twitter — @kirstenkorosec.

Uber and Lime made headlines this week with a deal that deepens ties between the two companies. Lime raised $170 million in a funding round led by Uber, along with other existing investors Alphabet, Bain Capital Ventures and GV.

As part of the deal, Lime has acquired Jump, the electric bike and scooter division that Uber bought back in 2018 for around $200 million. While Jump will no longer be part of Uber, the plan is to add more integrations between Uber and Jump down the line.

The deal values Lime on paper at $510 million after the round. For those keeping track, that’s a 79% drop from its previous valuation.

“Lime has the operational expertise and undivided focus needed to build a scaled, sustainable micromobility business,” Uber CEO Dara Khosrowshahi said in a statement. “We’re glad that our customers will continue to have access to bikes and scooters in both our apps because we believe micromobility is a critical part of the urban landscape, now more than ever.”

Lime also got a new CEO. After Lime co-founder Toby Sun stepped down last year, Brad Bao took over. Now, Bao is moving into the chairman position and Wayne Ting, formerly global head of operations and strategy, is the new CEO.

Meanwhile, Spin, the electric scooter startup acquired by Ford in 2019 for nearly $100 million, has restarted operations in four U.S. markets as COVID-19-related closures begin to ease. The company has resumed operations in Orlando, Nashville, Columbus, Ohio and St. Louis. The ramp up of operations will depend on the city, the company said.

COVID-19 might have slowed the deal pipeline, but it hasn’t dried up altogether.

Intel confirmed, after some early reports from TechCrunch and a few other outlets, that it is acquiring Israeli startup Moovit. The deal values Moovit at $900 million, although Intel says that the growth of its existing stake in the startup effectively means that Intel is paying $840 million in this transaction.

The plan is for Moovit to become part of Intel’s Israeli automotive hub, which is anchored by Mobileye, the autonomous driving company that Intel acquired for $15.3 billion in 2017. Specifically, Moovit’s tech will be used to expand and enhance Mobileye’s “mobility as a service” (MaaS) offering, Intel said.

Other deals that got our attention:

Autotech Ventures announced that it raised more than $150 million in its second fund, with capital commitments from both financial and corporate investors, including Volvo Group Venture Capital AB, Lear, Bridgestone and Stoneridge, as well as other vehicle manufacturers, parts suppliers, repair shop chains, leasing corporations, dealership groups and trucking firms. The new fund brings the firm to more than $270 million under management to date.

Covariant, a startup dedicated to building autonomy for industrial robotics, raised a $40 million Series B, led by Index Ventures.

Sleuth, an early-stage startup focused on continuous delivery, raised a $3 million seed round. 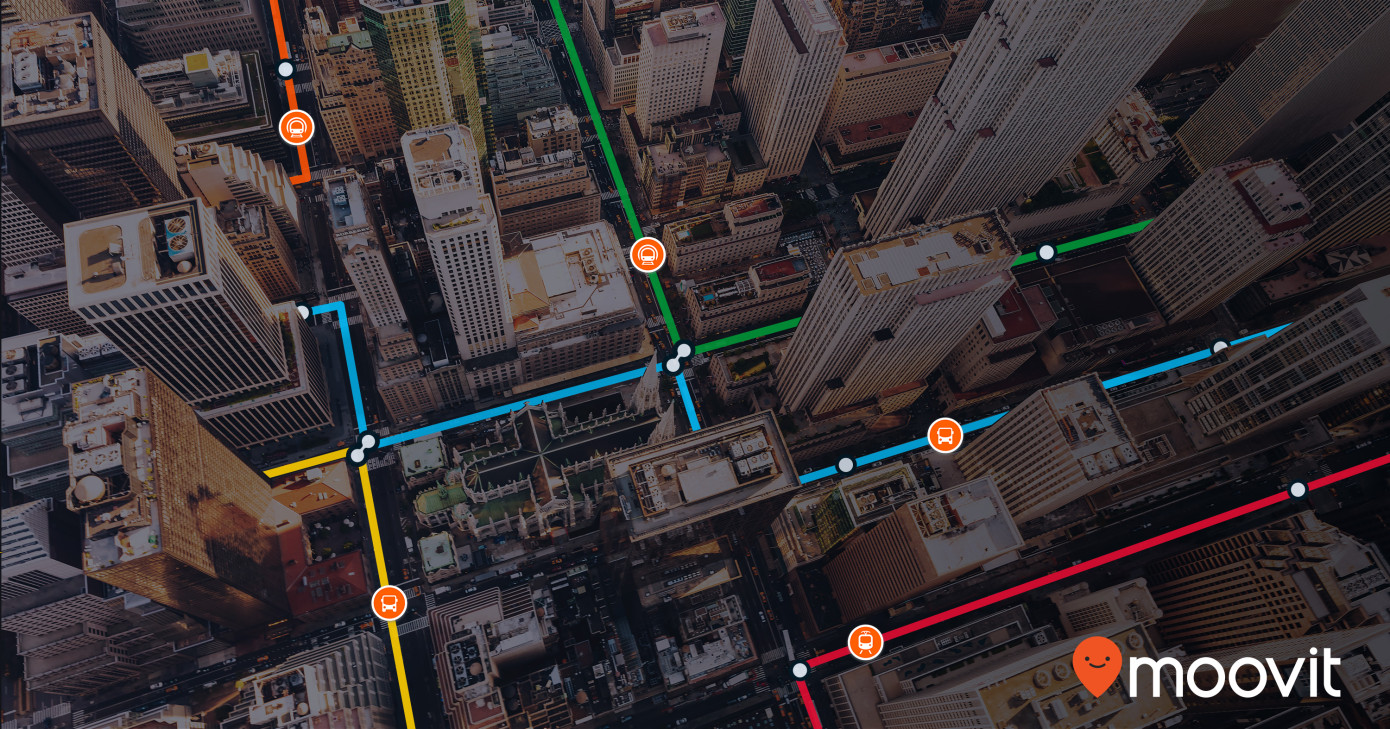 I continue to hear from readers, a group that includes transit officials, startup founders, investors and AV developers and engineers. This week, I thought I’d share this note from Innoviz, the Israeli-based lidar company.

Co-founder and CEO Omer Keilaf sent this postcard — as well as a picture — from Israel explaining what life has been like and how his company is operating.

“Restrictions are starting to lift in Israel. As employees start going back to the office, we’ve changed our shared office environment to maintain the 2-meter distance and continue to implement safety measures to minimize chances of contagion. We’ve created red and blue teams in the company to isolate critical production activities from the rest of the company: the red team for critical activities and blue team for all of the rest.”

On how to hands on development has changed:

“LiDAR sensor development is very complex and requires a lot of hands-on activities. We spent a great deal of effort up front to adapt the remote control of our lab setups and allow continuity for testing and production, and other more critical activities of our products. Luckily, Innoviz’s advanced perception software, which turns our LiDAR sensor’s raw point cloud data into perception outputs, was not impacted by the current COVID-19 situation because software development doesn’t require hands-on activities like hardware development does.”

“We launched virtual kids’ activities for parents and sent activity packages to employees all around the globe to help them entertain their kids.” 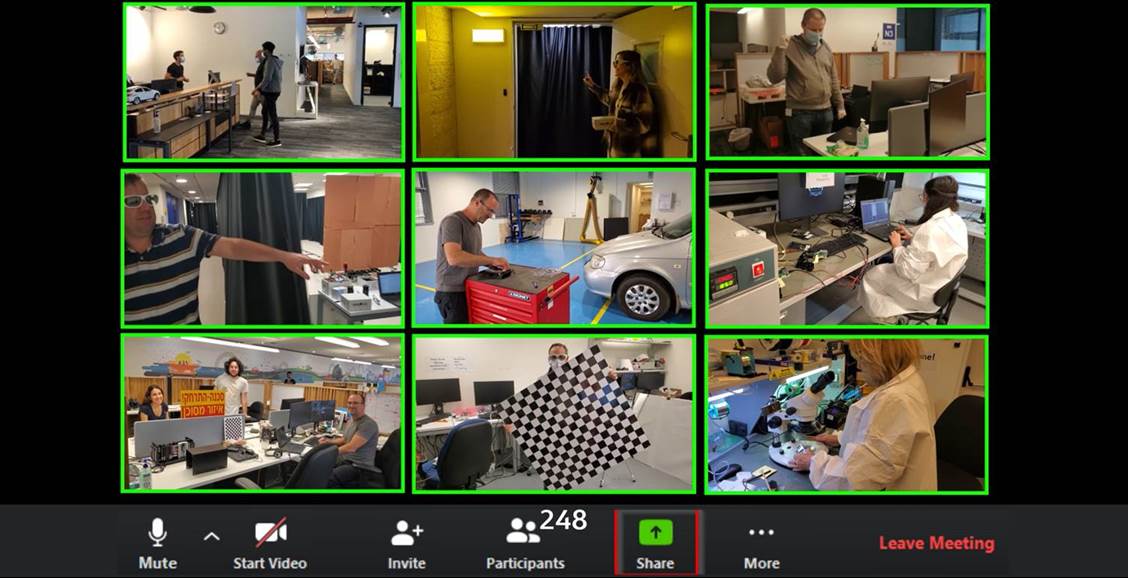 All the other stuff

A lot happened this past week: far too much to cover, but I’ll try.

First Lyft: A glimpse at Lyft’s stock price Wednesday, which soared as much as 16.77% after first-quarter earnings were reported, suggested all was well in the ride-hailing company’s world.

In this COVID-19-era, “well” is a relative term. Lyft’s net losses did dramatically improve from the year-ago quarter (a loss of $398 million versus $1.1 billion in Q1 2019). However, Lyft was clear in its earnings call: COVID-19 had a profound impact on its customers and its business and the future was uncertain. I dig into Lyft’s survival plan.

Uber also pushed its target to achieve a measure of profitability to a quarter in 2021, reversing a decision made just three months ago to move up the goal to the end of this year.

Uber will miss its target to reach an adjusted EBITDA quarterly profit in the fourth period of 2020, CFO Nelson Chai said during the company’s earnings call Thursday. The new target is a quarter in 2021.

Careem, the Dubai-based ride-hailing and delivery company that was acquired by Uber last year, cut its workforce by 31% and suspended its mass transportation business due to affects from the COVID-19 pandemic.

Getting back to work

Waymo announced it will resume driving operations on May 11 in Arizona. The company said the decision was made after discussions with “our teams, partners and local and state authorities,” before restoring them in other cities, including San Francisco, Detroit and Los Angeles.

Lyft and Uber announced plans to require drivers and riders to wear masks. Uber could turn to its driver selfie technology, officially known as Real-Time ID Check, to make sure drivers are adhering to the rule. Real-Time ID Check is a security feature that uses Microsoft Cognitive Services and prompts drivers to periodically to share a selfie before being allowed to accept fares.

Tesla CEO Elon Musk said Saturday morning the company will file a lawsuit against Alameda County and threatened to move its headquarters and future programs to Texas or Nevada immediately, escalating a fight between the company and health officials over whether its factory in Fremont can reopen.

Hours later …. Tesla filed a lawsuit against Alameda County seeking injunctive relief. Later that evening, the company posted a blog that explains how it plans to reopen.

Tesla had planned to bring back about 30% of its factory workers Friday as part of its reopening plan, defying Alameda County’s stay-at-home order.

Capgemini Research Institute released a report that looked at the key transportation trends that emerged from COVID-19. Here are a couple of findings: close to half (46%) of the consumers want to minimize visiting dealerships to compare deals and mainly use online channels for information search and purchase; and another finding found consumers are veering toward individual mobility over public transport and shared mobility services.

Wired wrote about Argo AI, the autonomous vehicle startup backed by Ford and Volkswagen. It’s a long one and provides some insights into the company and its founders. (On a side note and for full disclosure, I co-host Autonocast, a future of transportation podcast, with Alex Roy and Ed Niedermeyer. Roy works at Argo AI.)

Speaking of the Autonocast, last week we talked to Boris Sofman, the former co-founder and CEO of Anki Robotics who now heads up engineering for Waymo’s autonomous trucking efforts. It’s worth a listen. 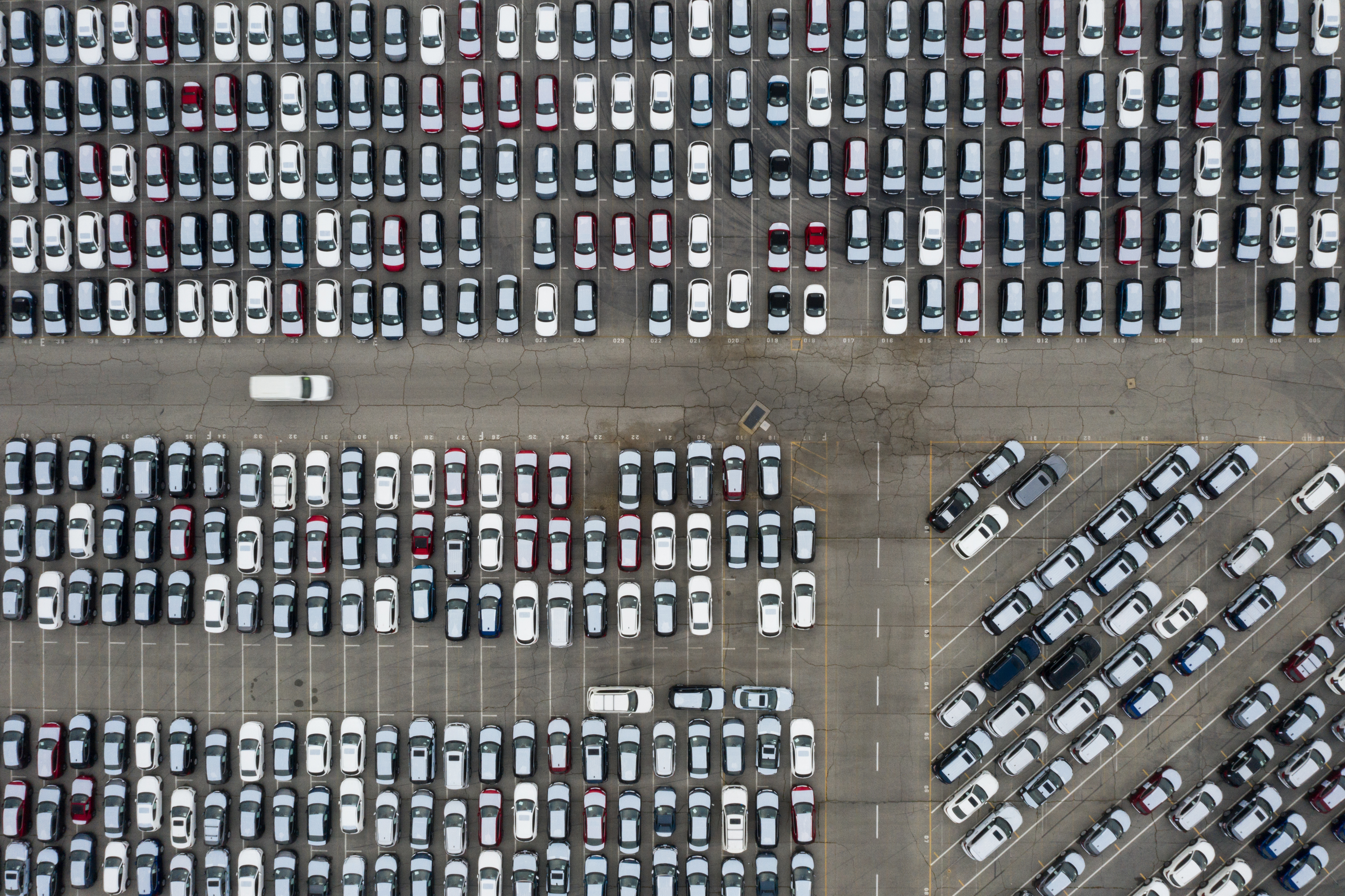 New vehicles sit parked at an automotive processing terminal operated by WWL Vehicle Services Americas Inc., a subsidiary of Wallenius Wilhelmsen Logistics, in this aerial photograph taken over the Port of Los Angeles in Wilmington, California, U.S., on Tuesday, April 28, 2020.