AWS today announced the launch of the Elemental Link, a small hardware device that makes it easy to connect a live video source to the AWS Elemental Media Live service for broadcast-grade live video processing in the cloud. The $995 Link, which weighs in at less than a pound, is meant to allow Media Live users to connect a camera or video production setup to the AWS cloud.

The fanless Link has an Ethernet port and inputs for either an HD-SDI or HDMI cable. In the AWS Management Console, it’ll show up as a media source for MediaLive and it’ll automatically adapt the streaming video based on available bandwidth.

“In sophisticated environments, dedicated hardware and an associated A/V team can capture, encode, and stream or store video that meets these expectations,” explains AWS’s Jeff Barr in today’s announcement. “However, cost and operational complexity have prevented others from delivering a similar experience. Classrooms, local sporting events, enterprise events, and small performance spaces do not have the budget or the specialized expertise needed to install, configure, and run the hardware and software needed to reliably deliver video to the cloud for processing, storage, and on-demand delivery or live streaming.” 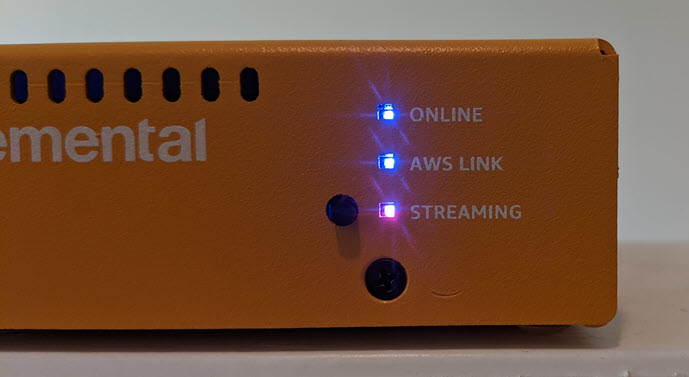 Amazon obviously has quite a bit of experience with streaming video, not only because of the broadcast networks it partners with but also thanks to Twitch.

The Link devices aren’t meant for Twitch streamers, though. AWS is clearly targeting these devices at more sophisticated organizations that are already using the AWS cloud for their broadcast infrastructure. And while the Link takes away some of the complexities of managing the streaming hardware, the MediaLive cloud piece isn’t exactly as trivial to manage as the more consumer-grade live-streaming platforms available today. For those platforms, OBS Studio and a maybe a prosumer switcher like the Blackmagic ATEM Mini is all you need to get started with a multi-camera setup.

Barr says AWS is working on a CloudFormation-powered solution that can take care of setting up the output from MediaLive and make a bit easier actually doing something with the video that’s coming from the Link devices.