A year ago, back in the days of in-person conferences, Google officially announced the launch of its Anthos multi-cloud application modernization platform at its Cloud Next conference. The promise of Anthos was always that it would allow enterprises to write their applications once, package them into containers and then manage their multi-cloud deployments across GCP, AWS, Azure and their on-prem data centers.

“As an AWS customer now, or a GCP customer, or a multi-cloud customer, […] you can now run Anthos on those environments in a consistent way, so you don’t have to learn any proprietary APIs and be locked in,” Eyal Manor, the GM and VP of engineering in charge of Anthos, told me. “And for the first time, we enable the portability between different infrastructure environments as opposed to what has happened in the past where you were locked into a set of APIs.” 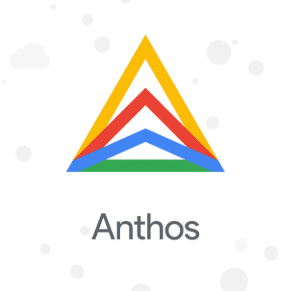 Manor stressed that Anthos was designed to be multi-cloud from day one. As for why AWS support is launching ahead of Azure, Manor said that there was simply more demand for it. “We surveyed the customers and they said, ‘hey, we want, in addition to GCP, we want AWS,’ ” he said. But support for Azure will come later this year and the company already has a number of preview customers for it. In addition, Anthos will also come to bare metal servers in the future.

Looking even further ahead, Manor also noted that better support for machine learning workloads is on the way. Many businesses, after all, want to be able to update and run their models right where their data resides, no matter what cloud that may be. There, too, the promise of Anthos is that developers can write the application once and then run it anywhere.

“I think a lot of the initial response and excitement was from the developer audiences,” Jennifer Lin, Google Cloud’s VP of product management, told me. “Eric Brewer had led a white paper that we did to say that a lot of the Anthos architecture sort of decouples the developer and the operator stakeholder concerns. There hadn’t been a multi-cloud shared software architecture where we could do that and still drive emerging and existing applications with a common shared software stack.”

She also noted that a lot of Google Cloud’s ecosystem partners endorsed the overall Anthos architecture early on because they, too, wanted to be able to write once and run anywhere — and so do their customers.

Plaid is one of the launch partners for these new capabilities. “Our customers rely on us to be always available and as a result we have very high reliability requirements,” said Naohiko Takemura, Plaid’s head of engineering. “We pursued a multi-cloud strategy to ensure redundancy for our critical KARTE service. Google Cloud’s Anthos works seamlessly across GCP and our other cloud providers preventing any business disruption. Thanks to Anthos, we prevent vendor lock-in, avoid managing cloud-specific infrastructure, and our developers are not constrained by cloud providers.”

With this release, Google Cloud is also bringing deeper support for virtual machines to Anthos, as well as improved policy and configuration management.

Over the next few months, the Anthos Service Mesh will also add support for applications that run in traditional virtual machines. As Lin told me, “a lot of this is is about driving better agility and taking the complexity out of it so that we have abstractions that work across any environment, whether it’s legacy or new or on-prem or AWS or GCP.”

Google’s hybrid cloud platform is coming to AWS and Azure