Rocio Wu Contributor
Rocio Wu is a principal at F-Prime Capital. She focuses on early-stage investments in fintech and enterprise software investments in the U.S. and LatAm.
More posts by this contributor

For the past month, VC investment pace seems to have slacked off in the U.S., but deal activities in China are picking up following a slowdown prompted by the COVID-19 outbreak.

According to PitchBook, “Chinese firms recorded 66 venture capital deals for the week ended March 28, the most of any week in 2020 and just below figures from the same time last year,” (although 2019 was a slow year). There is a natural lag between when deals are made and when they are announced, but still, there are some interesting trends that I couldn’t help noticing.

While many U.S.-based VCs haven’t had a chance to focus on new deals, recent investment trends coming out of China may indicate which shifts might persist after the crisis and what it could mean for the U.S. investor community. 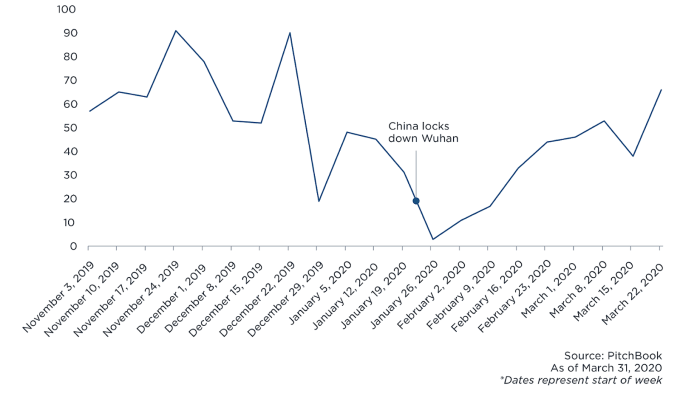