The Borderlands series has long offered players a chaotic loot scramble of explosive cel-shaded cartoon violence and intricately tuned shooting that leaves anything that isn’t the fun part on the cutting room floor. It’s like the gaming equivalent of a very large, very rich dessert — and what if, by eating dessert, you could also make the world better? Imagine.

Borderlands 3 publisher 2K and developer Gearbox Software is elevating the series’ latest game to lofty new ideals with a new in-game experience called Borderlands Science, a crowdsourced citizen science project that will leverage the hit game’s massive player base to conduct actual scientific research. In this case that’s mapping the gut microbiome — one of the most interesting frontiers in biological science right now. Scientists believe that microbes in the gut could play a role in everything from autism to allergies, though many of those mechanics remain mysterious and difficult to study given the massive breadth of microbes in the gut and the limits of computational power.

For players, Borderlands Science appears in the game as a retro arcade cabinet that will pop up soon on Sanctuary III, the game’s central starship. The mini-game itself looks like a colorful, Tetris-like experience, and if players don’t read the fine print they might not even know that they’re mapping microbes. Assuming that Gearbox’s normal ethos is on display here it’s also likely fun and addictive, though we haven’t yet tried it. And of course, players won’t be expected to engage with the project for the good of science alone. The mini-game will offer players special rewards and Vault Hunter skins to collect — a smart and natural way to incentivize players in a game that’s all about the pursuit of loot. 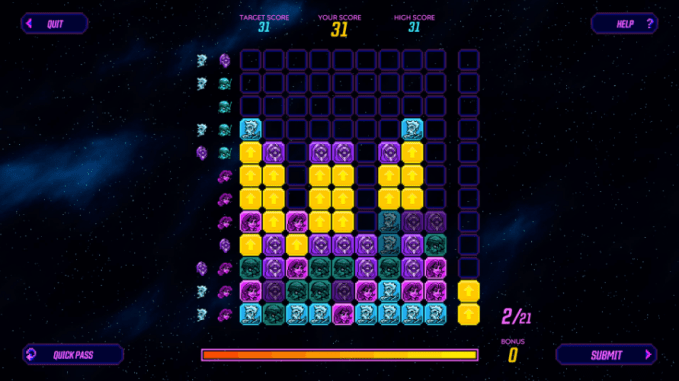 The undertaking is a partnership between researchers at McGill University, the Microsetta Initiative at UC San Diego School of Medicine and Massively Multiplayer Online Science (MMOS), a project connecting video games with vital scientific research.

“We see Borderlands Science as an opportunity to use the enormous popularity of Borderlands 3 to advance social good,” Gearbox Software co-founder Randy Pitchford said of the initiative, calling it a “new nexus between entertainment and health.”

Gaming-focused citizen science is emerging as a fascinating way to pair the gaming community’s natural strengths — sustained focus, patience for repetitive tasks, intensive time commitments — with the needs of scientific researchers. Two prominent examples are EyeWire, which invites players to help map the brain’s neural networks and Foldit, in which users solve puzzles to map complex protein structures believed to have a role in diseases like HIV and Alzheimer’s.

Apart from a handful of exceptions — like EVE Online players mapping exoplanets — these citizen science games are usually browser-based, with more of an edu-science vibe than anything resembling the flashy hit games that drive the industry. Borderlands Science bridges that gap, bringing citizen science into the lucrative, bustling world of triple-A games. And if the model pioneered here goes well, the project could be an excellent example for other publishers and developers looking to weave real scientific good into their games in the future.