Data science platform cnvrg.io today announced the launch of the free community version of its data science platform. Dubbed ‘CORE,’ this version includes most — but not all — of the standard feature in cnvrg’s main commercial offering. It’s an end-to-end solution for building, managing and automating basic ML models with limitations in the free version that mostly center around the production capabilities of the paid premium version and working with larger teams of data scientists.

As the company’s CEO Yochay Ettun told me, CORE users will be able to use the platform either on-premise or in the cloud, using Nvidia-optimized containers that run on a Kubernetes cluster. Because of this, it natively handles hybrid- and multi-cloud deployments that can automatically scale up and down as needed — and adding new AI frameworks is simply a matter of spinning up new containers, all of which are managed from the platform’s web-based dashboard. 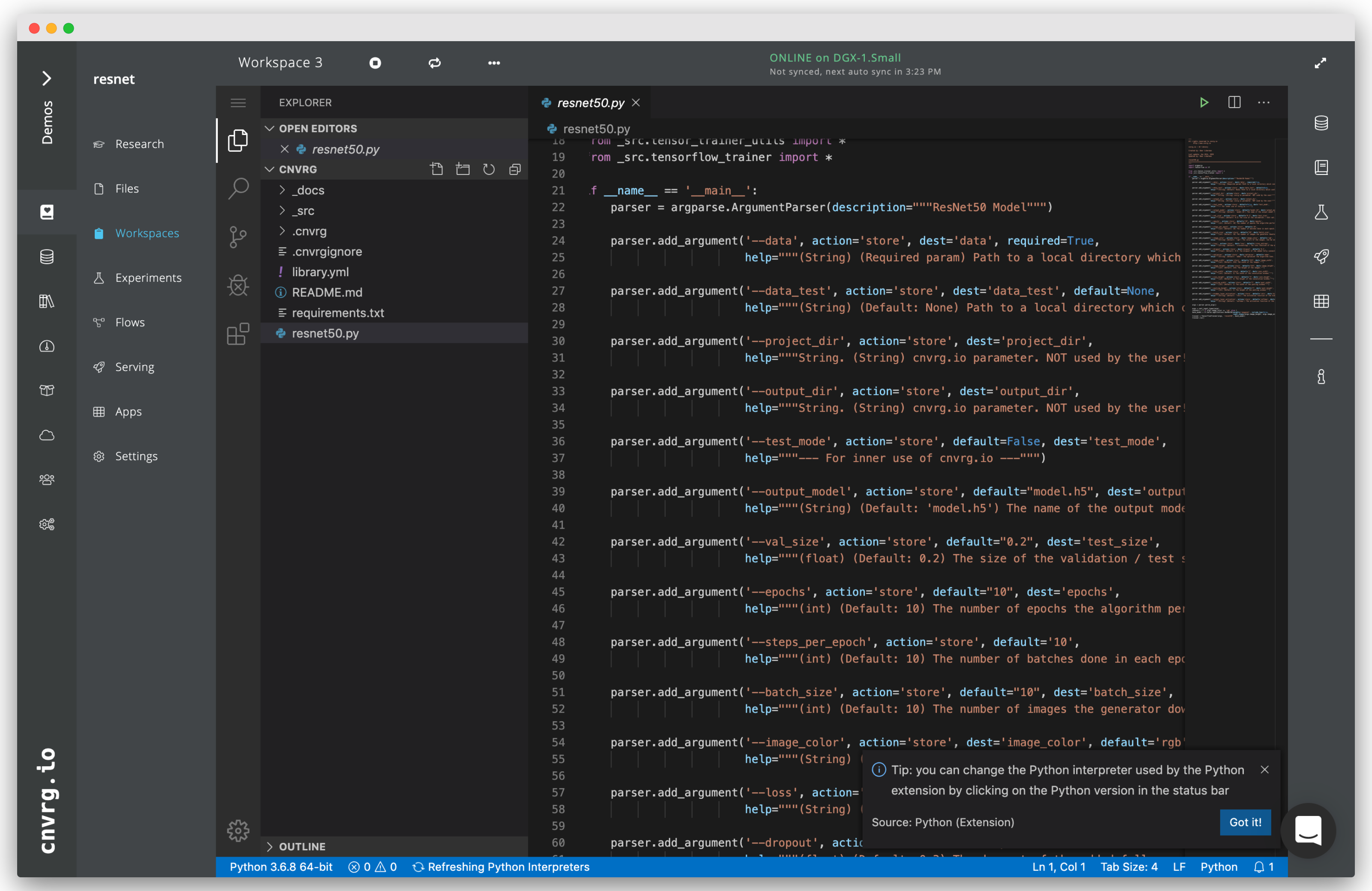 Ettun describes CORE as a ‘lightweight version’ of the original platform but still hews closely to the platform’s original mission. “As was our vision from the very start, cnvrg.io wants to help data scientists do what they do best – build high impact AI,” he said. “With the growing technical complexity of the AI field, the data science community has strayed from the core of what makes data science such a captivating profession — the algorithms. Today’s reality is that data scientists are spending 80 percent of their time on non-data science tasks, and 65 percent of models don’t make it to production. Cnvrg.io CORE is an opportunity to open its end-to-end solution to the community to help data scientists and engineers focus less on technical complexity and DevOps, and more on the core of data science — solving complex problems.”

This has very much been the company’s direction from the outset and as Ettun noted in a blog post from a few days ago, many data scientists today try to build their own stack by using open-source tools. They want to remain agile and able to customize their tools to their needs, after all. But he also argues that data scientists are usually hired to build machine learning models, not to build and manage data science platforms. 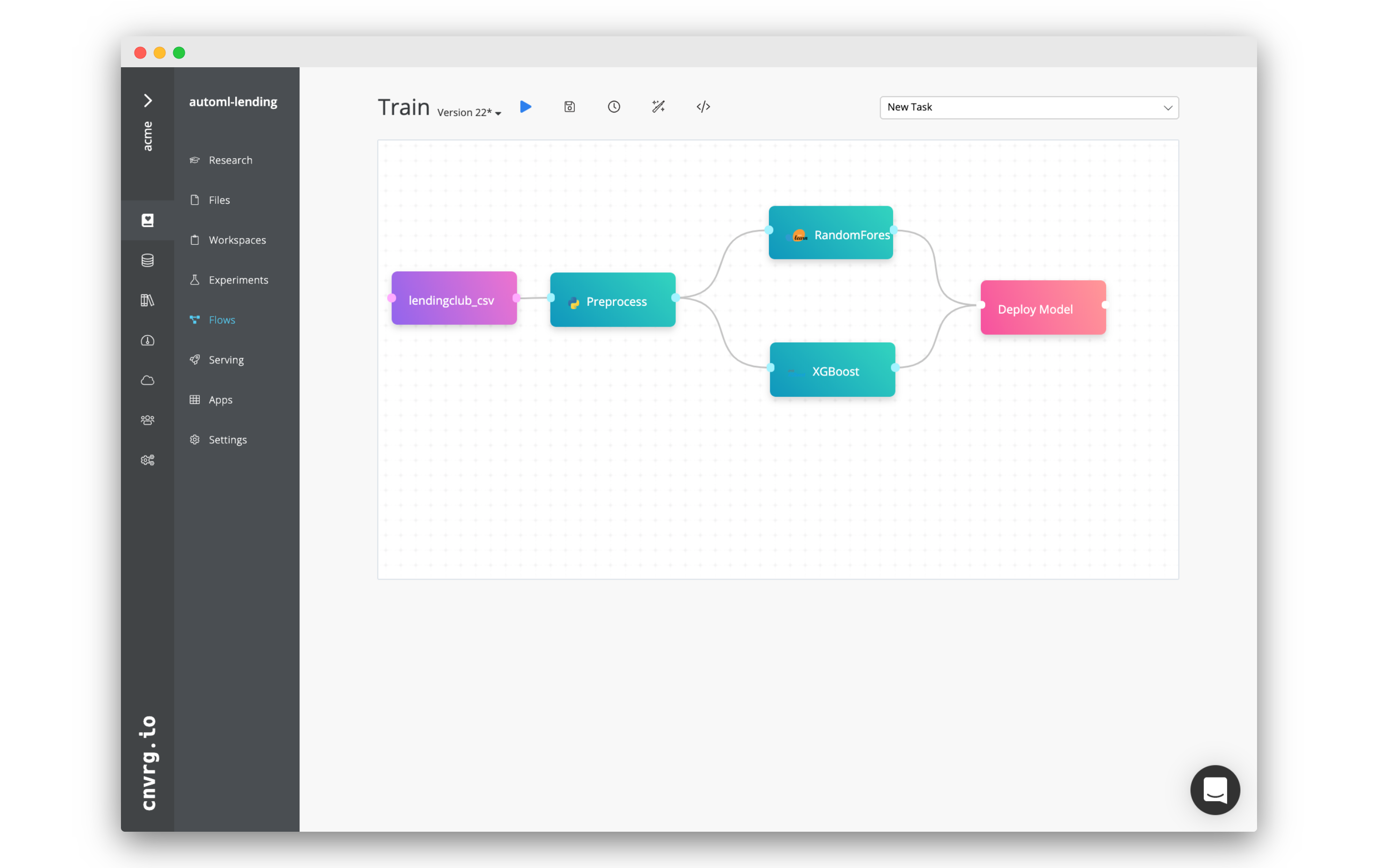 While other platforms like H2O.ai, for example, are betting on open source and the flexibility that comes with that, cnvrg.io’s focus is squarely on ease of use. Unlike those tools, Jerusalem-based cnvrg.io, which has raised about $8 million so far, doesn’t have the advantage of the free marketing that comes with open source, so it makes sense for the company to now launch this free self-service version

It’s worth noting that while cnvrg.io features plenty of graphical tools for managing date ingestion flows, models and clusters, it’s very much a code-first platform. With that, Ettun tells me that the ideal user is a data scientist, data engineer or a student passionate about machine learning. “As a code-first platform, users with experience and savvy in the data science field will be able to leverage cnvrg CORE features to produce high impact models,” he said. “As our product is built around getting more models to production, users that are deploying their models to real-world applications will see the most value.” 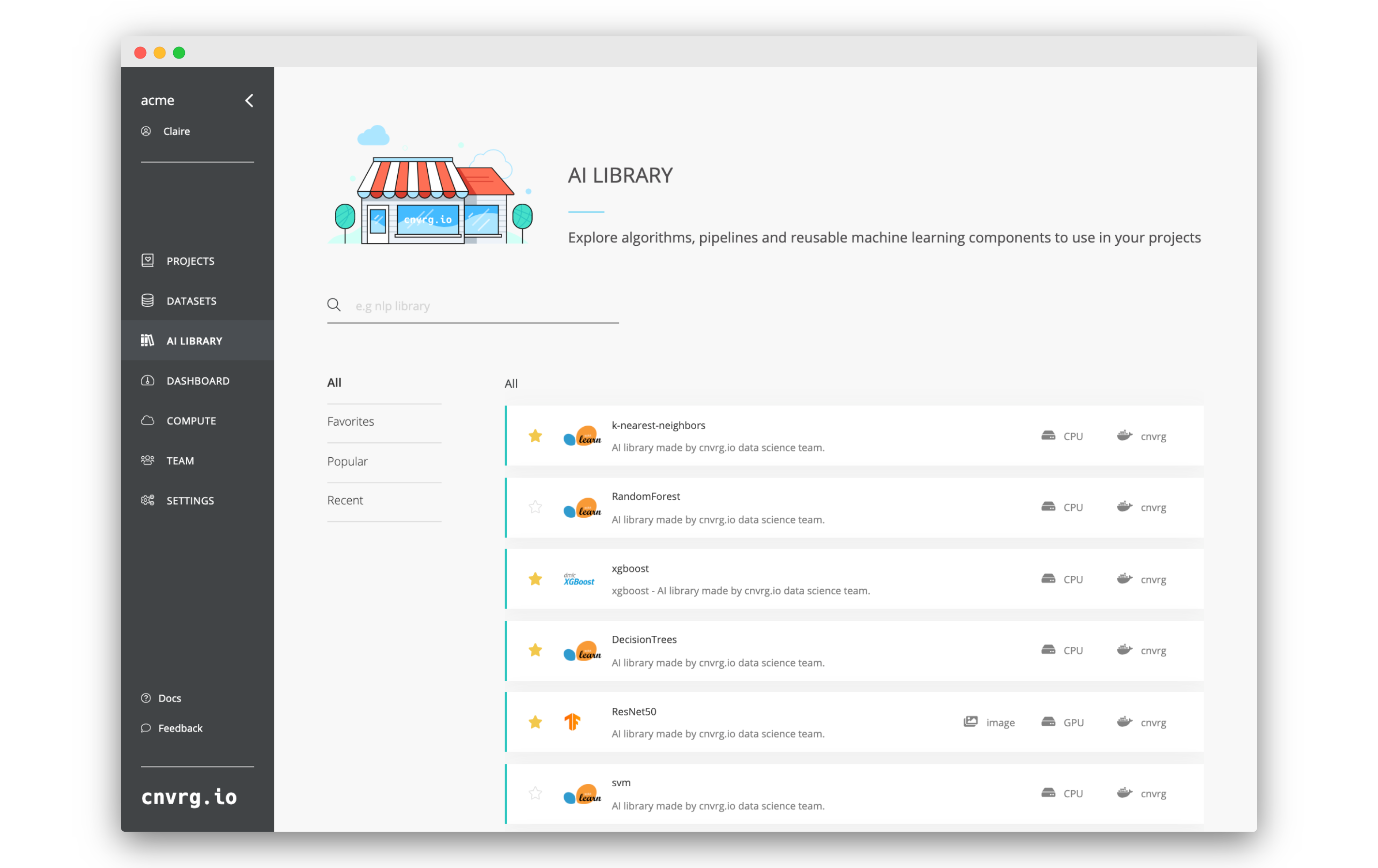