As a former Jam City executive, Jill Wilson led teams behind some of the top-grossing gaming franchises, like Cookie Jam and Panda Pop. Now she’s running her own startup, Robin Games, where a team of mostly women is working to create a new niche in mobile entertainment they’re calling “lifestyle gaming.” As the name implies, the idea is to create a mobile gaming experience — in this case, fantasy gaming — that’s more like the sophisticated and stylish lifestyle content that’s popular today.

Robin Games is backed by $7 million in seed funding, the company announced on Thursday, as it made its public debut. The round was led by early-stage fund LVP, which has invested in other to game companies including Supercell, Playfish, and NaturalMotion. Additional investors in the oversubscribed round include 1Up Ventures, Alpha Edison, Everblue Management, firstminute Capital, Greycroft Tracker Fund, Hearst Ventures, and Third Kind Venture Capital.

“Traditionally in gaming, when you say ‘fantasy,’ you mean dragons and other mythical creatures, disproportionately built women, armies and battles and explosions and glory,” explained Wilson, Robin Games’ sole founder and CEO. “As a lifelong gamer, I love (most) of these themes, but traditional gamers are no longer in the majority. Thanks to the smartphone, everyone now has access to a gaming console in their pockets. We are expanding the definition of “fantasy” for this modern wave of gamers, whose fantasies are just as diverse as they are,” she added.

Wilson clarified that she’s not meaning to stereotype women as not enjoying fantasy games about things like warriors and dragons. Instead, Robin Games aims to expand the types of fantasies being explored through gaming — including those mobile gaming has yet to include.

While the company isn’t yet announcing its first titles or specific details, like launch dates, the games are said to cover content you’d typically find in a lifestyle magazine, on an Instagram influencer’s profile or on a lifestyle blog for example.

“We are focused on developing games that are deeply sophisticated under the hood, with an elevated, real-world, approachable style that reflects more of the lifestyle content you’d previously see outside of gaming,” Wilson told TechCrunch. 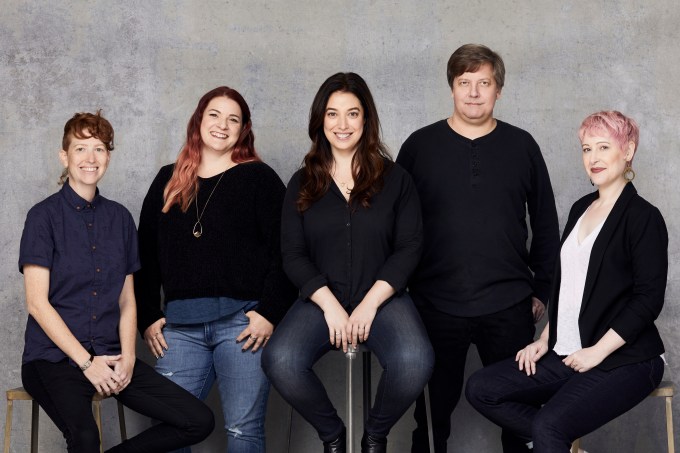 All this will be wrapped up in the free-to-play business model that powers most top-grossing games. In addition, Robin Games’ strategy will allow it to expand to include a partnership strategy, which will diversify its revenue streams further down the road.

Wilson said the idea for Robin Games was something she had in mind for some time, as she was personally looking for games to like this to play herself — only to find they didn’t exist.

“I’ve always designed products for myself first and foremost, which allows me to deeply connect with what the end-user really wants — since the end-user is me,” said Wilson. “Recently, I realized that not only did we have a unique answer to a pretty major gap in the market, but also that the timing was right and, most importantly, that we could pull together the exact right team to execute this vision.”

The startup is currently a team of nine based in Venice Beach. Management is 80% women and everyone had worked together to make hit games in years prior. In terms of hiring, the company is focused on building out a diverse team in order to better realize its vision, Wilson said, and, more broadly, change the face of the gaming industry as it stands today.

“Our mission goes beyond filling a gap in the market. We’re really looking to shake up the games industry, not only redefining what a modern game team looks like, but also changing the definition itself of what it means to be a gamer,” noted Wilson.

In previous studies, female players have been shown to prefer match-3 and social farming games, among others, with fantasy and MMOs further down the list, and sports and shooting games last. But the types of games Robin Games is proposing don’t really fit into any one category that exists today, so it’s still unknown how female gamers will respond.

However, it makes sense to target this underserved market, given that women account for 46% of all U.S. game enthusiasts.

“Jill Wilson and her incredible team are already further along than most developers starting out,” added Are Mack Growen, partner at LVP and member of Robin Games’ Board of Directors, about the firm’s investment. “This team has developed and operated some of the world’s most successful games for a decade, and now they have assembled to bring premium experiences to the massively underserved audience of women. In addition to their industry expertise, they fundamentally understand their audience and the ingredients for powerful entertainment. We are proud to have led their seed round and look forward to helping them redefine what it means to be a gamer.”