When concerns about the novel coronavirus — and subsequent changes in activity — are not bringing productivity to a halt (and perhaps especially in times of needing to be as efficient as possible), one of the bigger IT trends has been a push to streamline how people work by creating better integrations between the different apps that they use. Today, a startup out of Berlin, Germany is announcing seed funding to help it enter the fray of those that are helping make those integrations happen seamlessly and more reliably.

n8n, a Berlin-based company that has built a “fair code” workflow automation platform to let developers quickly integrate any of the apps that they use to work together automatically — from standard third-party APIs to internal tools created by developers themselves — has picked up a seed round of $1.5 million to continue building out its service, and specifically to introduce its first commercial elements after announcing its existence last October and meeting an unexpected surge of interest.

“I was surprised, but it seems like people were waiting for me,” Jan Oberhauser, n8n’s founder and CEO, said in an interview, who added that n8n has picked up “a lot of traction” so far.

The investment is being co-led by UK’s firstminute Capital and Sequoia, with participation also from Runa Capital, Tiny VC and System.One, as well as Kevin Hartz, co-founder of Eventbrite & Xoom, Ilkka Paananen, co-founder of Supercell, and Nan Li and Daniel Liem of Obvious Ventures (individually, not via Obvious).

Within that pretty impressive list, investment represents a significant step in particular for Sequoia, as it is the storied firm’s first seed investment in Germany amid a much bigger push into the region. The Silicon Valley VC has been quietly putting down roots in the European market over the last several months, including scouting for talent and local deals. The first hire in that process was announced this week: Luciana Lixandru, poached after years at Accel, is the firm’s first European partner, but for now this isn’t extending to raising a local fund.

According to a source familiar with the matter, Sequoia will continue to invest in Europe out of its U.S. funds and doesn’t have any plans to launch any funds in Europe at this time.

There are a number of other firms, startups as well as much bigger outfits, that have identified the opportunity for making tools to help developers and others who are less technical to stitch together disparate apps. They include other startups like Zapier, RapidAPI, and Tray.io, as well as companies that have well and truly transitioned out of the startup phase of life, such as MuleSoft (acquired by Salesforce for the princely sum of $6.5 billion).

Oberhauser is well aware of all of these, because he is a developer himself who has tried them all — and found them all lacking, for a number of reasons. Either they were too pricey, or not flexible or robust enough to use in the wide variety of niche applications that he was using in his previous life in film production, or required a ton of reading of arcane documentation, or lacked the ability to scale or operate on his own company’s infrastructure rather than in the cloud. His answer was to build n8n, first for his own purposes and then to consider how it might be something that could be turned into a service for others.

One of the unique things about n8n is that it’s not “open source” per se, but is built on a model that is somewhat akin to it that is referred to as “fair code”.

The idea here is to take some of the free and flexible aspects of building (and third-party developers building upon) open source, while also trying to create a model that lets the original developer of the code make money off of it — either by offering services around it (similar to the kind of integration and other work that has sprouted around open source) — or, indeed, by charging for it when the user passes a certain size, or wants to use it in a different format, such as on a SaaS model.

Oberhauser is not only a user of fair code, but has become something of a pioneering entrepreneur in the space, also helping to run a site, appropriately called Fair-Code.io to encourage more fair code developers.

“Free and sustainable; open but pragmatic; community oriented; meritocratic and fair” is how n8n describes it, although there are definitely plans for n8n to bring in monetising elements into the mix.

The current version is one that can be hosted by a user locally — which in itself is a key part of the proposition for companies to meet certain data protection compliance, or to ensure themselves against any changes that might happen with n8n over time — and that will remain free to use.

“If the company goes bust or changes policy, you are in trouble,” Oberhauser said of platforms that don’t freely share their code. “That means they can never go to insurance or government organizations, for example. And people really like and care about data privacy, and are getting like that more every day. They want to own it and change it. Developers want to have access to the the code that is underlying and extend it really easily. What we have built you can integrate and use forever.”

But n8n also plans to launch a version under a SaaS model that be charged on a typical SaaS subscription model, which is due to launch next month. “If you want to run it on our cloud, you pay a fee,” Oberhauser said.

The second way it plans to make money is through consulting, support and integration services, which will take another year likely to launch (remember the startup is only five months old).

The third area for making money will be through licensing fees for larger users (a size which it has yet to determine) but even now the service as it stands “can be deployed to 1 million people” and still be free, Oberhauser said. 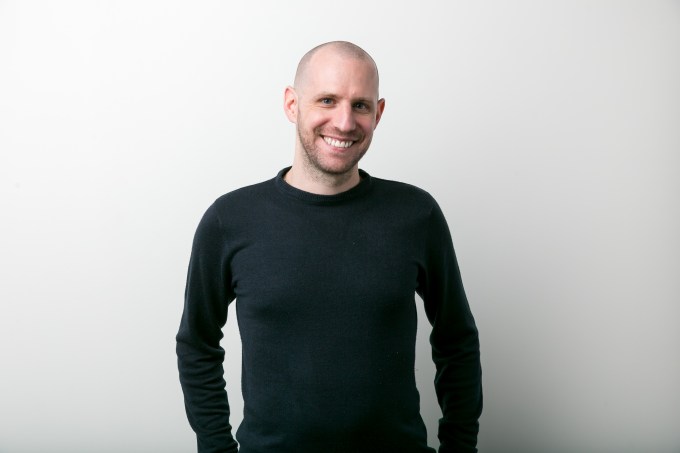 Oberhauser, pictured here, said his startup came to the attention of Sequoia and London firm firstminute (the London VC co-founded by Brent Hoberman, Spencer Crawley and Henry Lane-Fox that specialises in early stage investments and counts VCs like Atomico as partners) through the responses that he got to his short post on HackerNews, and then subsequent hunt on Product Hunt.

n8n had been invited to Y Combinator to be a part of its cohort but declined because Oberhauser didn’t want to relocate from Berlin, where he has a young family to help support and where he intended to found the company (joining YC would have included incorporation in Delaware, which also didn’t interest Oberhauser). In fact, he built all of n8n bootstrapped as a side hustle while working part-time at other places, such was the need for income before this seed round.

That kind of grit, combined with identifying and fixing a clear gap in the market addressing what a defined audience (in this case, developers) needs, in a scalable way, with the proof being immediate interest and take-up from said target market, seemed to make the startup a no-brainer for funding.

“As talent is becoming more scarce, every organization is looking to get more from the great people they have,” Matthew Miller, a partner at Sequoia who has also worked closely with Docker, Confluent, Tessian, and Graphcore, said in a statement. “This is driving a surge in automation solutions in every industry. We were impressed by n8n’s early adoption in the open source community and Jan’s vision to build an open and flexible solution in this space, and we’re thrilled to have n8n as our first seed investment in Germany.”

Although Sequoia has yet to set up a full-fledged outpost here, sources have told us (and there have been reports) that this is intention, with the timeline being to set it up later this year. This is with the caveat of recent events related to the Novel Coronavirus pandemic, which have included a huge drop in the stock market and a major reassessment of business activities, which could materially change that course.

But more generally, having Sequoia — which has been involved some of the most high-profile startup exits of recent years, perhaps most famously Facebook’s $19 billion acquisition of WhatsApp — operating a bigger office in Europe would represent a big vote of confidence in the region. European VC firm Atomico projected in November 2019 that there would be $35 billion of investment this year in European technology, a high water mark for the region. That represents an opportunity both in terms simply more startups but also later rounds for the biggest of these, both areas where Sequoia would want to be more active, is my guess.

Although Sequoia hasn’t announced any Europe-specific fund yet, the firm seems to currently have no shortage in raising money. It was reported last month that the VC is currently raising a fresh $1.3 billion, earmarked for Asia. And as recently as late December, it filed papers to raise $1 billion for US growth rounds and $2.4 billion for China.

Without committing (‘at this time’) to any region-specific funds, Sequoia is getting increasingly active in Europe anyway.

Even before hiring Lixandru (a hire it had been working on since last year, we understand), the firm had been making later-stage investments in Europe for years, including investments in Skyscanner (acquired by Ctrip), Wunderlist (acquired by Microsoft) and more recently Tessian.

This latest funding in n8n signals how now it is diversifying into a wider set of investment opportunities. These include not just earlier rounds like this first seed investment in Germany. But also newer technologies: for example, as part of the investor group putting $12 million into cryptocurrency wallet Argent earlier this week.