You’ve probably come across YI’s range of affordable security cameras while browsing on Amazon or other shopping sites in the past. Recently, the company’s Kami brand launched its $90 battery-powered outdoor camera. After spending some time with it, it’s clear that while it doesn’t quite provide the same experience you’d get from a wired $400 Nest Cam IQ or similar product, it’s a solid security camera and the ease of use makes up for its shortcomings.

With the Kami Wire-Free Outdoor Camera (that’s its full name), you get a bullet-style camera that you can easily put anywhere you want, thanks to its wireless design. The fact that it’s wireless worried me a bit, given that I wasn’t sure how long those four 2600 mAh batteries would last, but even after a few hours of essentially live-streaming a picture of my backyard, the battery is still at 75%. Given that you’re not likely to do that under normal circumstances — and that YI promises up to six months of battery life — this should do just fine.

The camera itself streams and records 1080p video at 20 frames per second with a 140-degree field of view. Its IP-65 rating means you don’t have to worry about it getting wet, though I haven’t tested it in a full downpour yet. There’s also a microphone and speaker, in case you want to have a friendly conversation with your local burglar (or the delivery driver, whomever comes first). 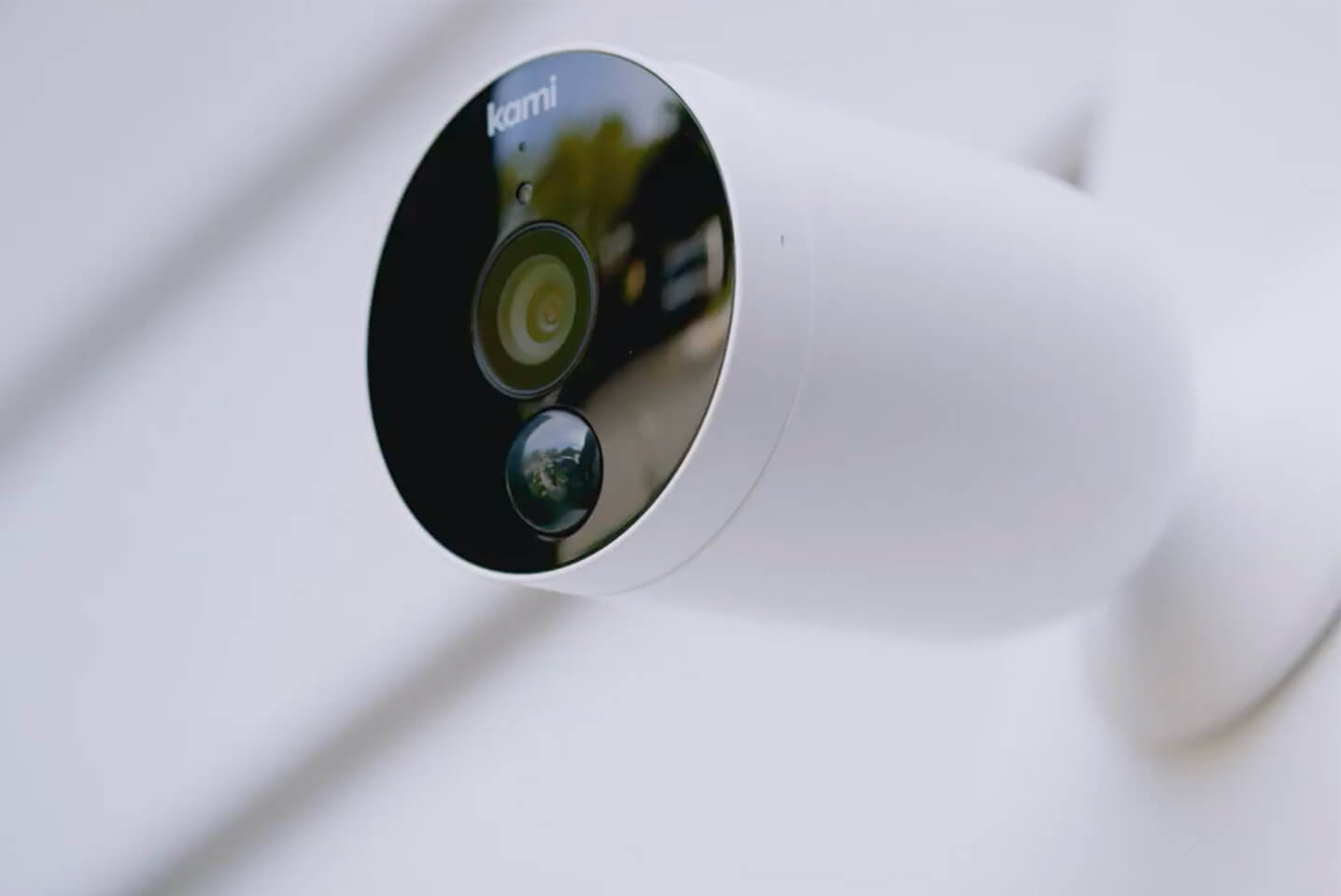 You can run the camera without adding any internal storage and simply send six-second clips directly from the camera to your phone. You also can add a micro-SD card for longer recording times or subscribe to YI’s cloud storage service, which starts at $15 for a three-month plan and seven days of recording history.

As for the software side, getting started simply involves popping in the batteries, using the camera to scan a QR code from the Kami or YI app (they are essentially the same) to connect to your Wi-Fi network and you’re ready to go. The process shouldn’t take more than a minute.

Especially at this price, these are solid specs, and the image quality, both during day and at night, using the camera’s night vision, is good.

The only area where I felt the camera fell short of my expectations was in its motion detection. It uses passive infrared motion detection, and while that ensures that your camera isn’t going to ping you about every car that drives by, I did get a few random alerts when it started raining, for example, or when a bird flew through my yard. On other days, there were no false positives at all. 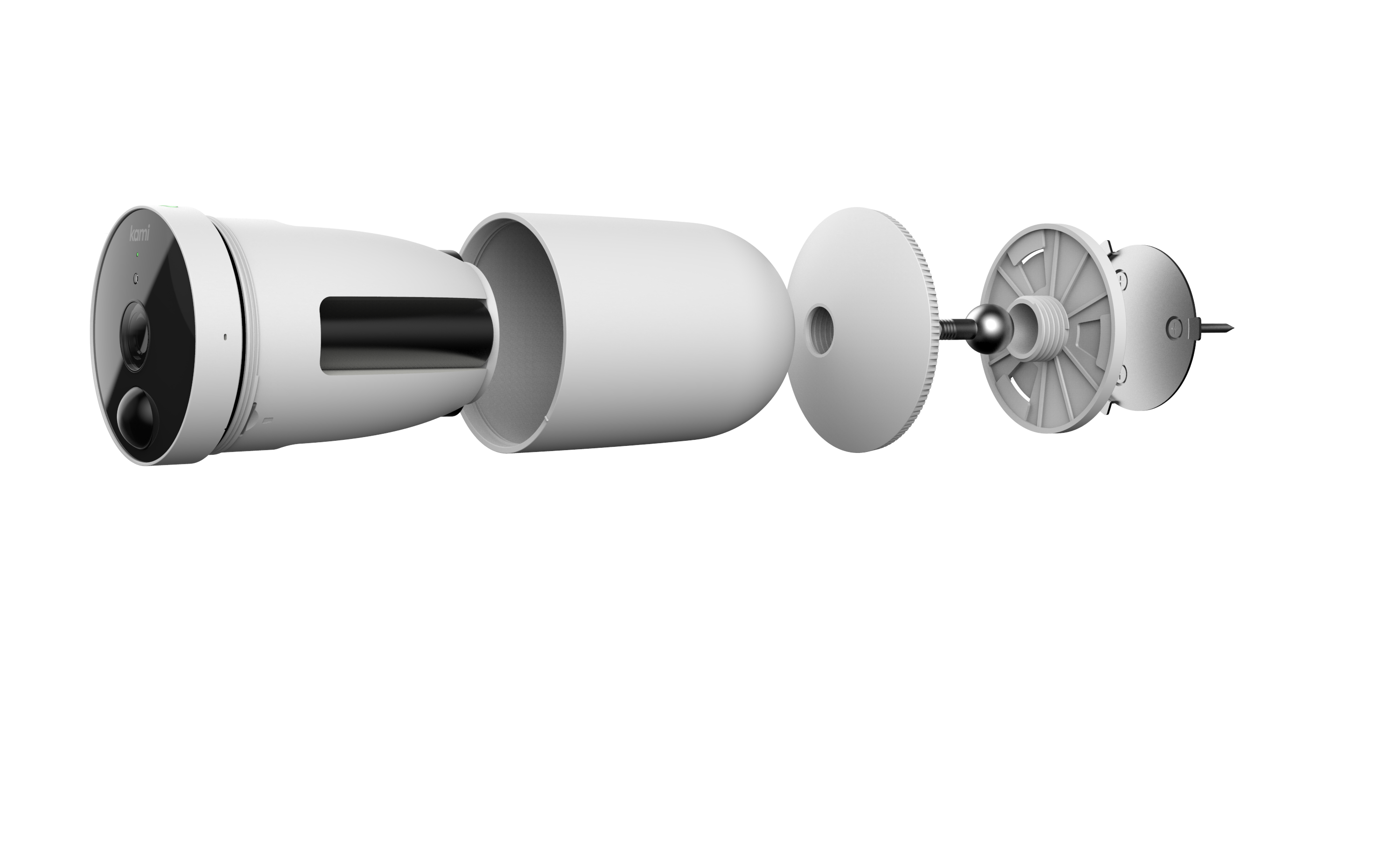 Unlike some other cameras, including YI’s own lineup of indoor cameras that I’ve used in the past, this one doesn’t allow you to set up a specific zone to monitor. That’s an odd omission, and the one area where the camera fell short of my expectations. Occasionally, it also takes a long time for the camera to start streaming the live video feed and you have to exit the camera view and go back to the main menu. That’s not exactly a deal breaker, but it is a bit of an annoyance. A software update could probably fix both of these issues.

Overall, though, the new Kami outdoor camera provides solid performance at this price. It won’t wow you, but it’ll do what it promises to do, and at this price, that’s all you can ask. Whether you trust the company and are comfortable with the privacy implications of having your house under 24/7 surveillance is something you have to decide for yourself, of course. So far, though, YI has had a pretty good track record and no major breaches.