Now that the world is swimming in data we may be able to address the climate and environmental risks to the planet. But while there is plenty of capital to invest in things like ClimateTech, a lot of the data that’s needed to tackle this big issue is badly applied, leading to a big misallocation of resources. So to deal with the climate we have to get the data right. A big part of the solution is open standards and interoperability.

The story of how the Open Banking Standard developed might show a way forward. Its development out of the UK led to regulated sector-wide interoperability (covering a broad range of areas including IP, legal, liability and licensing, and technology to enable data sharing). It’s meant over 300 fintech companies now use the Standard, which has helped to catalyze similar initiatives.

Open Banking has lead to the explosion in tech startups that we see today. Revolut, Monzo, Starling bank—none of them would have existed without Open Banking.

What if someone created something like the Open Banking Standard, but this time to stimulate climate-friendly innovation around financial products. After all, it’s more likely we’ll save the planet if we incentivize firms with financial models to make it work.

Well, it just so happens that one of the key players that developed the Open Banking Standard plans to do the same for data about the climate to allow the insurance industry to engage in the solutions to the climate crisis. 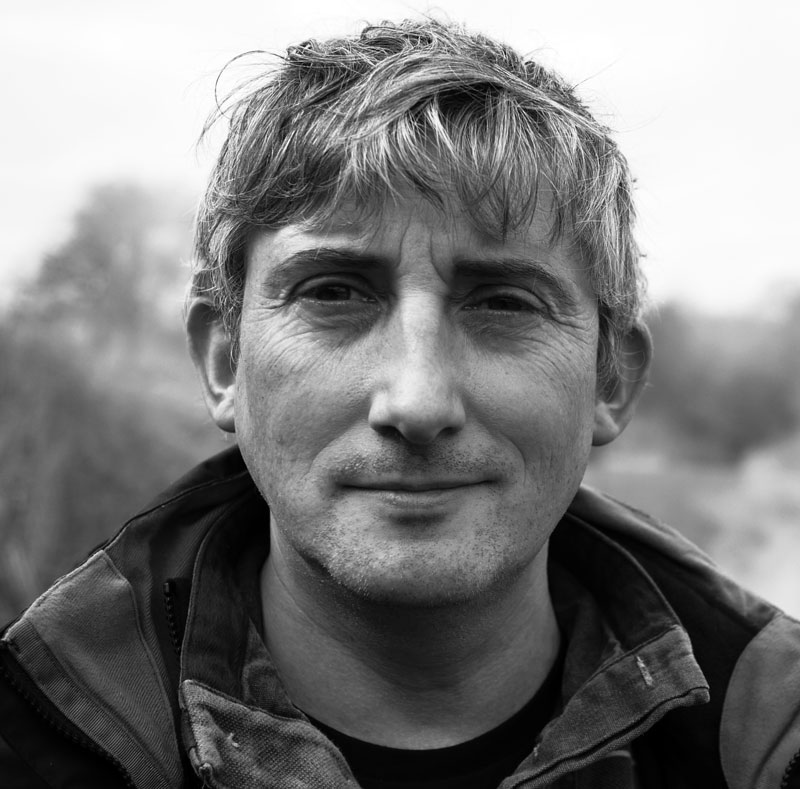 Gavin Starks co-chaired the development of the Open Banking Standard, laying the foundations for regulation and catalyzing international innovation.

But Starks has form in this arena. Prior to co-creating Open Banking, he was the Open Data Institute’s founding CEO, working with Sir Tim Berners-Lee. The ODI may not be well known in Silicon Valley, but it’s launched franchises across 20 countries and trained 10,000 people.

Starks’ previous venture was a pioneer in the climate space: AMEE (Avoidance of Mass Extinctions Engine) organized the world’s environmental data and standards into an open web-service, raising $10M and selling in 2015 PredictX.

But what Starks has set himself is a task different to Open Banking.

His new project is Icebreaker One, a new non-profit which last month raised £1m+ investment, largely funded by the UK’s government-backed body UK Research and Innovation. It’s also supported by a consortium of financial and regulatory institutions.

So what’s the big idea this time?

The idea is to develop an open standard for data sharing that will stimulate climate-friendly financial product innovation and deliver new products.

Just like the Open Banking Standard, Icebreaker One will steer the development of the SERI standard. This is the Standard for Environment, Risk and Insurance (SERI) which has been created to design, test and develop financial products with Icebreaker One members ahead of the COP26 conference in Glasgow later this year.

SERI could provide a framework for an addressable, open marketplace, built around the needs of both the market and the new reality of climate change. If it works, this would enable insurers to share data robustly, legally and securely, driving the use and adoption of artificial intelligence tools within the insurance sector.

It would mean insurers being able to invest in demonstrably low-carbon financial products and services, based on real, hard data.

The thinking behind the initiative is that as large catastrophic climate events occur with higher frequency, the UK’s insurance market is under pressure to evolve.

By creating the data platform, insurers can invest in low-carbon financial products, rather than ignore them because they can’t be priced right.

Starks says: “The time for theory is over—we need rapid and meaningful action. The threat of climate change to the global economy is tangible, and the increase in catastrophic climate events is capable of bankrupting markets and even nation-states. We are already witnessing insurance in some areas becoming untenable – which is a genuine threat to communities and wider society.”

He adds: “We are working with some of the most influential organizations in the world to plan policies and regulation to protect citizens, our environment and our economy; to unlock the power of unused and underutilized data to enable governments and business to respond effectively, responsibly and sustainably to the threats posed by the climate emergency.”

Arup, the multinational professional services firm best known for large engineering projects, is one of those in the SERI consortium.

Volker Buscher, Chief Data Officer at Arup, says: “Responding to climate change and futureproofing the market is vital – and working with Gavin and senior industry figures is a big opportunity to make real-world data work harder, to evolve investment strategies, shine a light on inefficiencies and better understand risk. It’s of benefit to everyone that we create the working blueprint for the freer sharing and licensing of data-at-scale that can be a shot in the arm to climate-affected financial products and services.”

Icebreaker One plans to overcome the locked, legacy culture of the insurance industry.

The task ahead is a big one. Currently, the valuable data needed to unlock this potential is in lately closed-off “data lakes”. The goal is to influence $3.6 trillion of investment.

If the insurance industry can innovate around climate change and the new kinds of risk it creates, then the financial world industry can create the kind of boom Open Banking did.

And that would mean not just brand new insurance products but also new startups in what’s been described as “InsureTech”.

But the greater prize, is of course the planet itself.