Streaming music services’ share of total music revenues is bigger than ever. According to a year-end report from the RIAA, revenues from streaming services grew nearly 20% in 2019 to $8.8 billion, accounting for 79.5% of all recorded music revenues.

While streaming comes with its own series of challenges for the industry — particularly around how artists, songwriters and publishers get paid — it’s driving significant growth for the music industry as a whole.

According to the RIAA, the U.S. streaming market in 2019 was larger than the entire U.S. recorded music market just two years ago.

In addition, revenues from recorded music in 2019 grew 13%, from $9.8 billion to $11.1 billion (retail). This represents the fourth year in a row of double-digit growth, which the RIAA attributes to increases from paid subscription services. 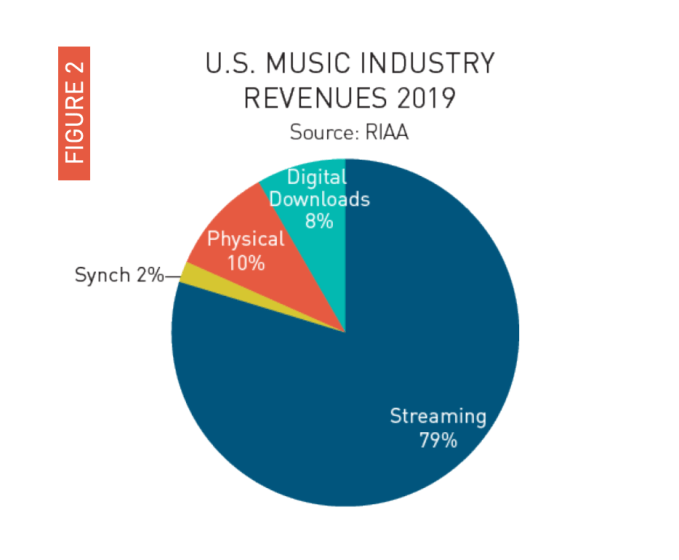 Subscription services also accounted for the largest share of revenues and the biggest portion of revenue growth in 2019, with total revenues up 25% year-over-year to reach $6.8 billion. This figure also includes $829 million in revenues from the “limited tier” paid subscription services, like Pandora Plus. Amazon Prime Music is included in this category, too. 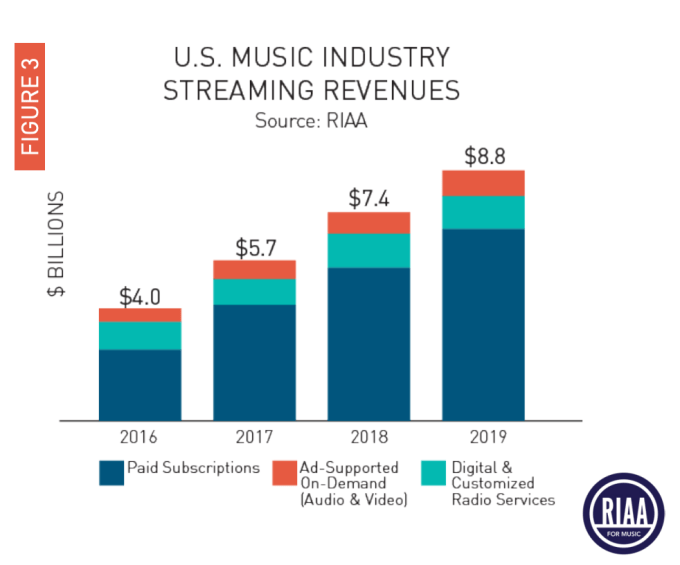 The revenue growth is being driven by a growing number of users willing to pay for music on demand. In 2019, paid subscriptions grew 29%, to 60.4 million, up from 44.9 million in 2018 — an indication that services are being successful in converting some portion of their free, ad-supported customers to paying subscribers over time. 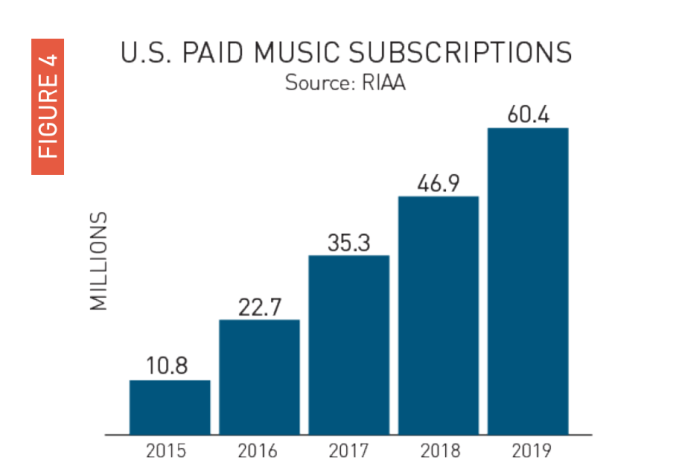 The growth in streaming is also eating away at digital download revenues. In 2019, revenue fell below $1 billion for the first time since 2006 — dropping 18% year-over-year to reach $856 million. Album downloads fell 21% to $395 million, while individual track sales dropped 15% to $415 million. 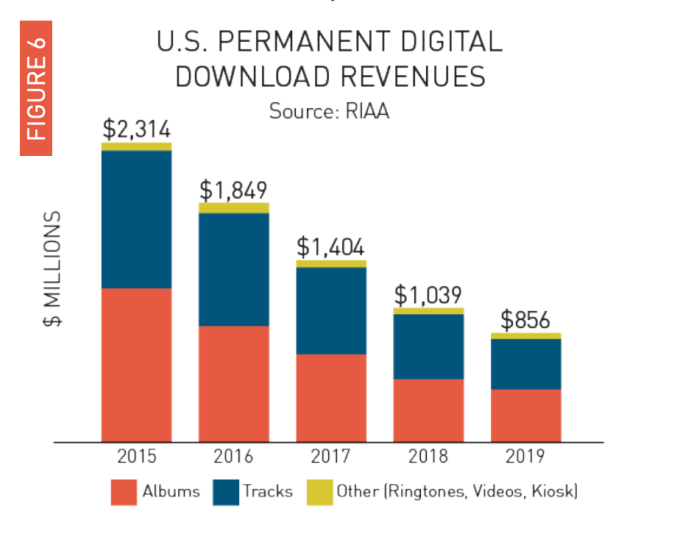 Like ad-supported streaming, downloads only accounted for 8% of all revenues last year.

Physical products, like CDs and vinyl, were down slightly (0.6%) in 2019 to $1.15 billion. Vinyl actually had its biggest year ever since 1988, to reach $504 million. However, the physical products category only accounted for 4.5% of total music revenues.