Cartesiam, a startup that aims to bring machine learning to edge devices powered by microcontrollers, has launched a new tool for developers who want an easier way to build services for these devices. The new NanoEdge AI Studio is the first IDE specifically designed for enabling machine learning and inferencing on Arm Cortex-M microcontrollers, which power billions of devices already.

As Cartesiam GM Marc Dupaquier, who co-founded the company in 2016, told me, the company works very closely with Arm, given that both have a vested interest in having developers create new features for these devices. He noted that while the first wave of IoT was all about sending data to the cloud, that has now shifted and most companies now want to limit the amount of data they send out and do a lot more on the device itself. And that’s pretty much one of the founding theses of Cartesiam. “It’s just absurd to send all this data — which, by the way, also exposes the device from a security standpoint,” he said. “What if we could do it much closer to the device itself?” 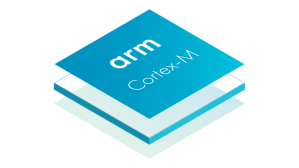 The company first bet on Intel’s short-lived Curie SoC platform. That obviously didn’t work out all that well, given that Intel axed support for Curie in 2017. Since then, Cartesiam has focused on the Cortex-M platform, which worked out for the better, given how ubiquitous it has become. Since we’re talking about low-powered microcontrollers, though, it’s worth noting that we’re not talking about face recognition or natural language understanding here. Instead, using machine learning on these devices is more about making objects a little bit smarter and, especially in an industrial use case, detecting abnormalities or figuring out when it’s time to do preventive maintenance.

Today, Cartesiam already works with many large corporations that build Cortex-M-based devices. The NanoEdge Studio makes this development work far easier, though. “Developing a smart object must be simple, rapid and affordable — and today, it is not, so we are trying to change it,” said Dupaquier. But the company isn’t trying to pitch its product to data scientists, he stressed. “Our target is not the data scientists. We are actually not smart enough for that. But we are unbelievably smart for the embedded designer. We will resolve 99% of their problems.” He argues that Cartesiam reduced time to market by a factor of 20 to 50, “because you can get your solution running in days, not in multiple years.”

One nifty feature of the NanoEdge Studio is that it automatically tries to find the best algorithm for a given combination of sensors and use cases and the libraries it generates are extremely small and use somewhere between 4K to 16K of RAM.

NanoEdge Studio for both Windows and Linux is now generally available. Pricing starts at €690/month for a single user or €2,490/month for teams.