A new project called GameSnacks is launching today from Google’s in-house incubator, Area 120, with the goal of bringing fast-loading, casual online games to users in developing markets. Billions of people are coming online through mobile devices. But they’re often on low memory devices with expensive data plans and struggle with unreliable network connections. That makes web gaming inaccessible to millions, as the games aren’t optimized for these sorts of constraints.

Today, over half of mobile website visitors leave a page if it takes more than 3 seconds to load, but on low memory devices and 2G or 3G networks, a typical web game will load much more slowly — even triple or quadruple that load time, or worse.

The idea with GameSnacks is to speed up load time and performance of web games by reducing the size of the initially-loaded HTML page, compressing additional assets like scripts, images, and sounds, then waiting to load them until necessary.

GameSnacks says this allows its games to load in a few seconds even on network connections as slow as 500 Kbps.

For instance, A GameSnacks title called Tower is ready to play on a 1 GB RAM device over 3G within just a few seconds. A typical web game on that same device took as long as 12 seconds, the company claims.

In addition, GameSnacks’ games are simple, casual games that only last a few minutes. They’re meant to fill those idle moments you have when waiting line, waiting at the bus stop, or waiting for a doctor’s appointment to start, for example. The games are also designed to have straightforward rules so they can be learned without instructions. 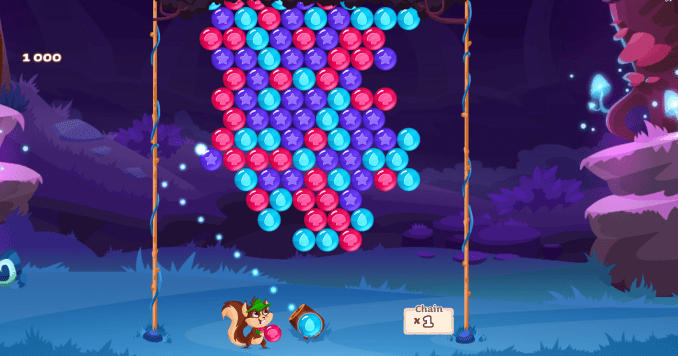 While mobile may be a primary platform, GameSnacks’ games are also accessible on any web-capable device, including desktop computers with a keyboard and mouse. On mobile, both iOS and Android are supported.

At launch, GameSnacks is partnering with a leading technology platform in Southeast Asia, Gojek, which is bringing the new games to their ecosystem through the GoGames service. Initially, this partnership is focused on delivering games to users in Indonesia before expanding elsewhere in Southeast Asia.

Currently, GameSnacks is working with developers including Famobi, Inlogic Games, Black Moon Design, Geek Games, and Enclave Games. Other HTML5 game developers who think their title may make sense in the GameSnacks catalog are encouraged to reach out.

GameSnacks’ business model will ultimately involve other partnerships that allow other developers to embed GameSnacks games into their own apps, even customized to feel native to that app’s experience.

Founded by Ani Mohan and Neel Rao, GameSnacks is a team of six working within Area 120 at Google, which is home to a variety of experimental ideas, including those in social networking, video, advertising, education, transit, business and more.