Can a meme be redeemed? That’s the central question in Arthur Jones’ Feels Good Man — a documentary that premiered at Sundance this year charting the course of the creator of Pepe the Frog, a comic book character turned universally recognized meme, as he attempts to reclaim it from racists and shitposters.

The sweet, gentle pacing of the doc fits well with the calm, sensitive demeanor of its creator Matt Furie. Furie is described as “ethereal” by one of his friends in the piece and that’s mostly true. As Pepe is created, then coopted by the residents of 4chan and turned into a meme representing ennui, disenfranchisement and white supremacy in turn, Furie takes it mostly in stride.

But he’s not without passion, as lines begin to be crossed and Pepe becomes registered as hate speech by the Anti-Defamation League, Furie sees an opportunity to try to reclaim his symbol. He’s unsuccessful for the same reason anything is popular on the internet — there are simply too many nerve endings to properly anesthetize them all.

The vast majority of the people that use Pepe are completely unaware of its origins. And the general community of Internet people that communicate via memes go a step beyond that to being un-able to even grasp the concept of ownership. Once something has entered into the cultural bloodstream of the Internet, its origins often dwindle to insignificance.

That doesn’t, of course, stop a creator from existing or caring how their creation is used. And the portrait painted here of a gentle and caring artist forced to watch the subversion and perversion of his creation is heartbreaking and important.

Feels Good Man stands above the pack of docs about internet cultural phenomenon. It peels back enough of the layers of the onion to be effective in ways that analysis of culturally complex idioms born online are often deficient. 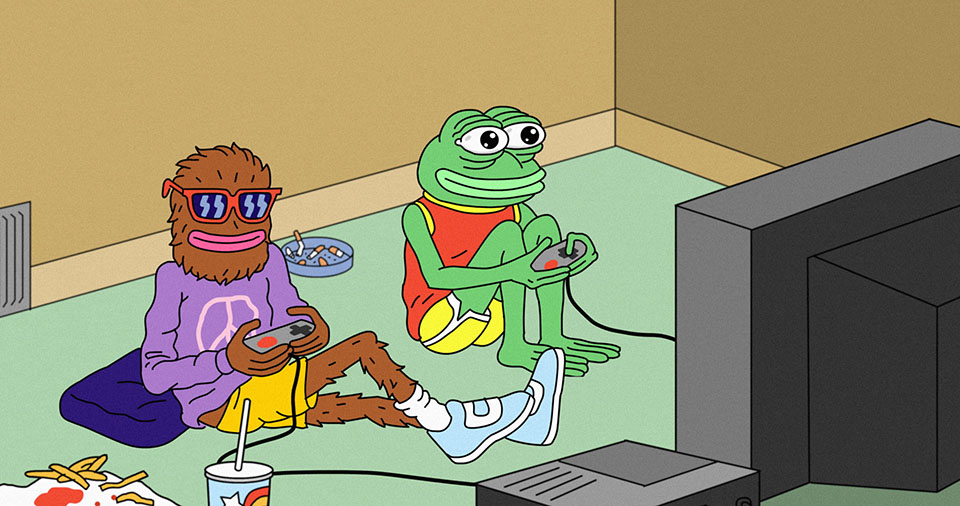 Too many times over the years we’ve seen online movements analyzed with an overly simplistic point of view. And the main way they typically fall down is by not including the influence and effect of that staple of online life: trolls. People doing things for the hell of it who then become a part of a larger movement but always have that arms length remove to fall back on, able to claim that it was just a gag.

Jones mentioned during a Q&A after the screening that they wanted Furie’s art to be a character, to have a part to play throughout the film. In addition to scenes of Matt drawing, this is best accomplished by the absolutely gorgeous animation sequences that Jones and a team of animators created of Pepe and the rest of the Boy’s Club characters. They’re delightful and welcome respite from the somewhat hammer-like nature of the dark places Pepe is unwittingly drawn by the various subcultures he is adopted by.

It’s not a perfect film; the sequences with an occultist are goofy in a way that doesn’t fit with the overall flavor of the piece. But it’s probably one of the better documentary films ever made about the Internet era and well worth watching when it gets picked up.