Google Assistant is today rolling out support for Tile’s Bluetooth tracker, designed to help you keep up with your often misplaced items — like your keys, purse, wallet, remote and more. The new integration will allow Google Assistant users on any Nest device to ask questions like, “Hey Google, where is my purse?” They can instruct the Assistant to ring their device” by saying things like “Hey Google, make my backpack ring.”

In addition, you can ask for the location of an item. If the item is in the house, the Assistant will return an appropriate location using Tile’s Bluetooth capabilities, by saying something like “your keys were last seen today at 9 PM near the Kitchen speaker.” If the item is out of Bluetooth range, the Assistant will instead return the item’s last known location, based on Tile’s location services. 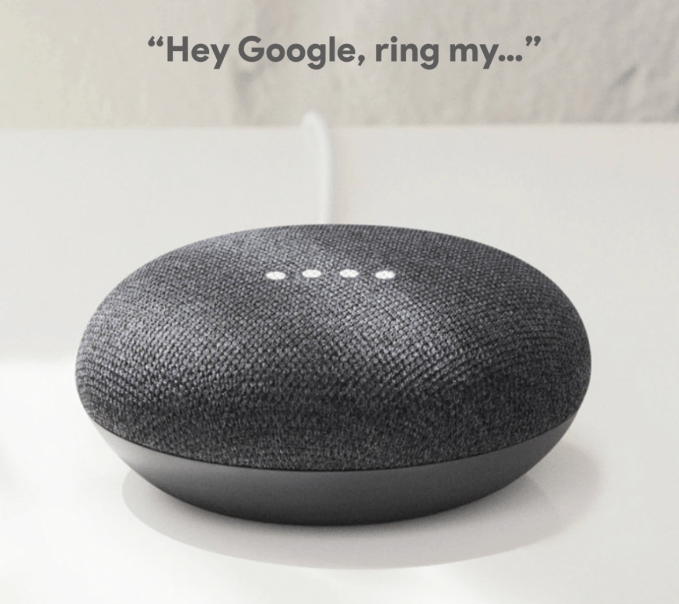 Tile leverages its large network of Tile app users as a crowd-finding platform to help when items are missing. To date, the company has sold 22+ million Tile devices worldwide and is locating more than 5 million items per day across 230 countries.

Google announced its partnership with Tile back in September 2019, but said at the time the feature would launch later that year.

The partnership arrives at a critical time for Tile’s business. Apple is reportedly preparing to launch a Tile competitor, possibly called AirTags, that integrates deeply with iOS. According to the latest forecast from well-known Apple analyst Ming-Chi Kuo, Apple in the first half of 2020 will introduce the product. But unlike Tile, Apple’s are ultra-wideband tags that promise greater accuracy than Bluetooth LE and Wi-Fi.

Evidence of Apple’s tags was already found in iOS 13 code, as well.

Apple’s plan to move into Tile’s business was one of the examples brought up in a recent congressional hearing about Apple’s anti-competitive practices. At the hearing, Tile general counsel Kirsten Daru commented on how hard it is to compete with Apple.

“You might be the best team in the league, but you’re playing against a team that owns the field, the ball, the stadium, and the entire league, and they can change the rules of the game at any time,” she said.

In this context, Tile’s move to partner with Google isn’t just about expanding its business — it’s also about saving it.

To take advantage of the new feature, you’ll need to set up your Tile to sync with the Google Home app.