When Dfinity raised $102 million in funding in 2018 at a $2 billion valuation in a round jointly led by Andreessen Horowitz and Polychain Capital, it was thought of as a step-change in the world of blockchain technology. In an area that was synonymous with generating a lot of headlines around cryptocurrency speculation, this was a shift in focus, looking instead at the architecture behind Bitcoin, Ethereum and the rest, and how it could be used for more than just “mining,” distributing and using new financial instruments — with a major, mainstream VC backing the idea, no less.

Dfinity launched with a very lofty goal: to build what it called the “Internet Computer”: a decentralized and non-proprietary network to run the next generation of mega-applications. It dubbed this public network “Cloud 3.0”.

Now, it looks like this Cloud is now about to break.

In Davos this week, Dfinity launched the Bronze edition of its Internet Computer, a limited release that takes the startup one step closer to its full commercial release, expected later this year.

And to prove out the concept of how an application would run on its new network, Dfinity today demonstrated an open social network called LinkedUp.

The startup has rather cheekily called this “an open version of LinkedIn,” the Microsoft-owned social network for professionals. Unlike LinkedIn, LinkedUp, which runs on any browser, is not owned or controlled by a corporate entity.

LinkedUp is built on Dfinity’s so-called Internet Computer, its name for the platform it is building to distribute the next generation of software and open internet services.

The software is hosted directly on the internet on a Switzerland-based independent data center, but in the concept of the Internet Computer, it could be hosted at your house or mine: the compute power to run the application — LinkedUp, in this case — is coming not from Amazon AWS, Google Cloud or Microsoft Azure, but is instead based on the distributed architecture that Dfinity is building. 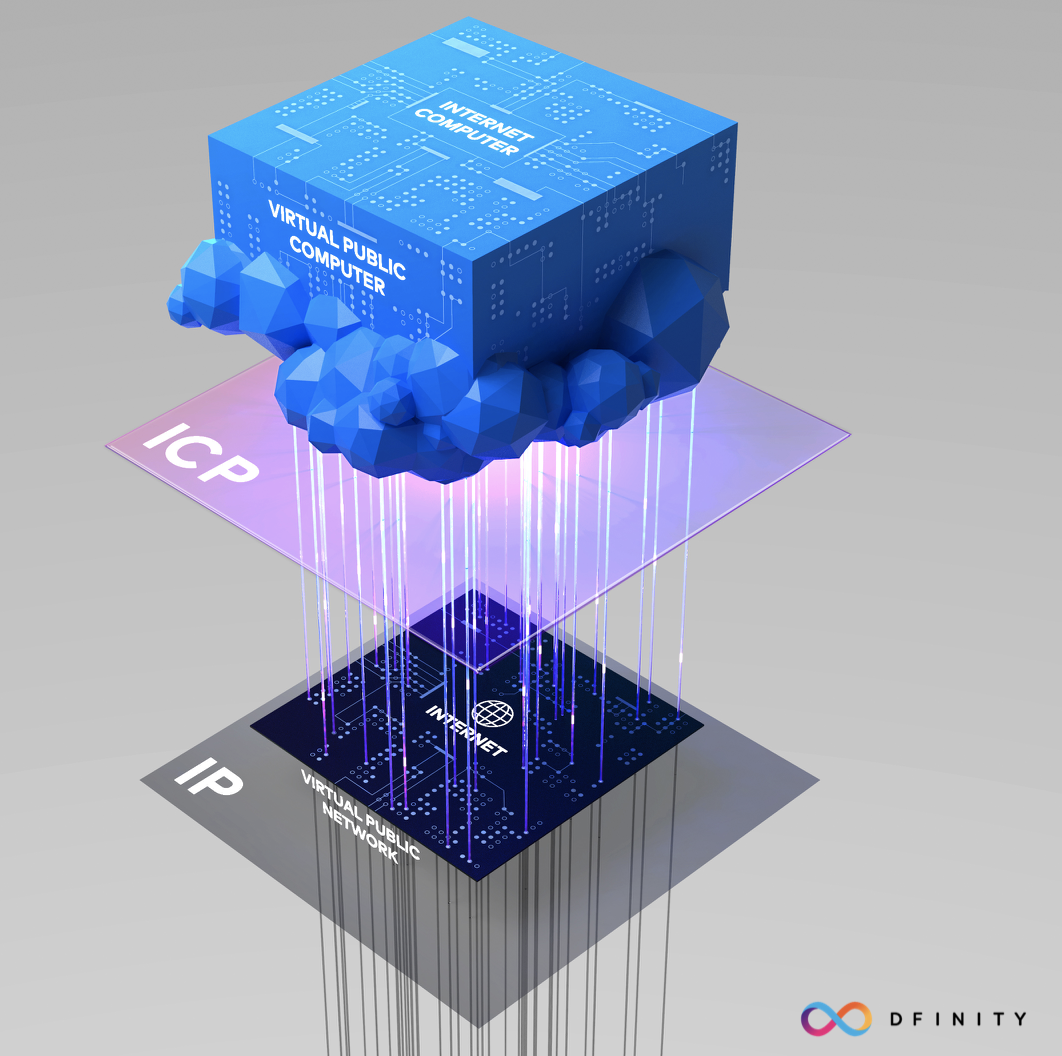 Specifically, Dfinity notes that when enterprises and developers run their web apps and enterprise systems on the Internet Computer, the content is decentralized across a minimum of four or a maximum of an unlimited number of nodes in Dfinity’s global network of independent data centers.

And while the company initially was described as a blockchain-based system, that’s also had some refinement. A spokesperson describes the Internet Computer as a “next-generation distributed computing system — similar to its Mainframe, Client Server, and Public Cloud predecessors” that is based on cryptography.

“While DFINITY is not building a traditional blockchain/smart contract platform, it uses advanced cryptography in its consensus layer [of the Internet Computer stack] to ensure apps and workloads have the same security guarantees as Bitcoin or Ethereum,” the spokesperson added, “but its network of independent data centers ensures the speed and scale required by corporates and entrepreneurs.” The Internet Computer also has governance tokens to ensure the ownership of the technology is distributed, he said.

LinkedUp is a test case for all of this, and so Dfinity is open-sourcing LinkedUp for developers to create other types of open internet services on the structure it has built.

This “open social network for professional profiles” suggests that, on Dfinity’s model, one could create an “Open WhatsApp,” “Open eBay,” “Open Salesforce” or “Open Facebook.”

(Good news, since LinkedIn might not be so happy about a lookalike service with a name and layout that also looks very familiar, were it to go much further as a commercial endeavor. “While we can’t comment specifically on any proposed trademark, LinkedIn does monitor and take action as necessary to protect our trademarks,” a spokesperson said.)

“Big tech has hijacked the internet and stifled innovation by owning the proprietary infrastructure and user relationships,” said Dominic Williams, founder and chief scientist at Dfinity in a statement. “As a result, a handful of for-profit companies have created a monopolistic and closed internet. The Internet Computer provides a means to rebuild internet services in open form.”

So perhaps what we should be calling this is not LinkedUp, but more a new sort of “Linux for the cloud.”

Dfinity claims the application was built by “1.5 engineers in three weeks,” thus demonstrating how easy the infrastructure is to use. 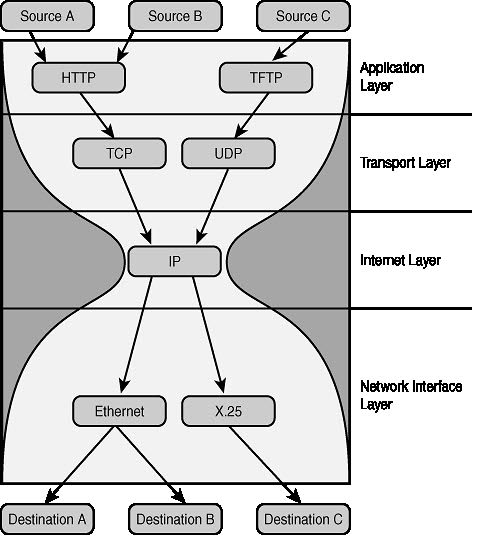 The tools include a Canister Software Developer Kit and a simple programming language called Motoko that is optimized for Dfinity’s Internet Computer.

Dfinity says its “Internet Computer Protocol” allows for a new type of software called autonomous software, which can guarantee permanent APIs that cannot be revoked. When all these open internet services (e.g. open versions of WhatsApp, Facebook, eBay, Salesforce, etc.) are combined with other open software and services it creates “mutual network effects” where everyone benefits.

We quizzed Dfinity a little more on all this and asked whether this was an actual launch.

A spokesperson told us: “Since our first major milestone of launching a terminal-based SDK and new programming language called Motoko — by the co-creator of WebAssembly — on 1 November, DFINITY has released 13 new public versions of the SDK, to our second major milestone [at WEF Davos] of demoing a decentralized web app called LinkedUp on the Internet Computer running on an independent data center in Switzerland. Subsequent milestones towards the public launch of the Internet Computer will involve (1) on-boarding a global network of independent data centers, (2) fully tested economic system, and (3) fully tested Network Nervous Systems for configuration and upgrades.”

It also looks like Dfinity will not be raising more money just yet.

But the question is how they plan to woo people to it? “Dfinity has been working with a select group of Fortune 500 companies, strategic consultancies, systems integrators, venture capitalists, and universities,” the company said.

We are not sure that it will quite suffice to take out Facebook, LinkedIn, and all the other tech giants, but we’re fascinated to see how this plays out.