Sleep is the next battleground on which the war for wearable health will be waged. Smartwatch and fitness band makers have been dipping their collective toes in the water for a few years now, but there’s only so much that can be done from the wrist.

I wrote a CES trend piece earlier this week that examined what the category is going to look like in the upcoming years. It’s understandably pretty scattershot at the moment, with everything from smart beds to alarm clocks to gel cooling headbands. It’s a lot of different companies with different form factors presenting different solutions to the same simple problem: help your tech-addicted, stress-plagued brain get a decent night’s sleep for once in your life.

The Muse S was — and continues to be — the one I’m most excited about. That’s due in part to the fact that I was surprised by how much I enjoyed the company’s first-generation project. As a self-diagnosed Dude Who Is Bad at Meditation, I found the brain-scanning tech legitimately helpful. If meditation is akin to flexing a muscle, the Muse headband is quite good at helping you determine which muscle to flex.

The S promises to extend that technology up to and beyond bedtime. Makes sense. Sleep is certainly a logical jump from mindfulness practice — and certainly the two things feed into each other nicely. Better meditation generally leads to better sleep, and vice versa. 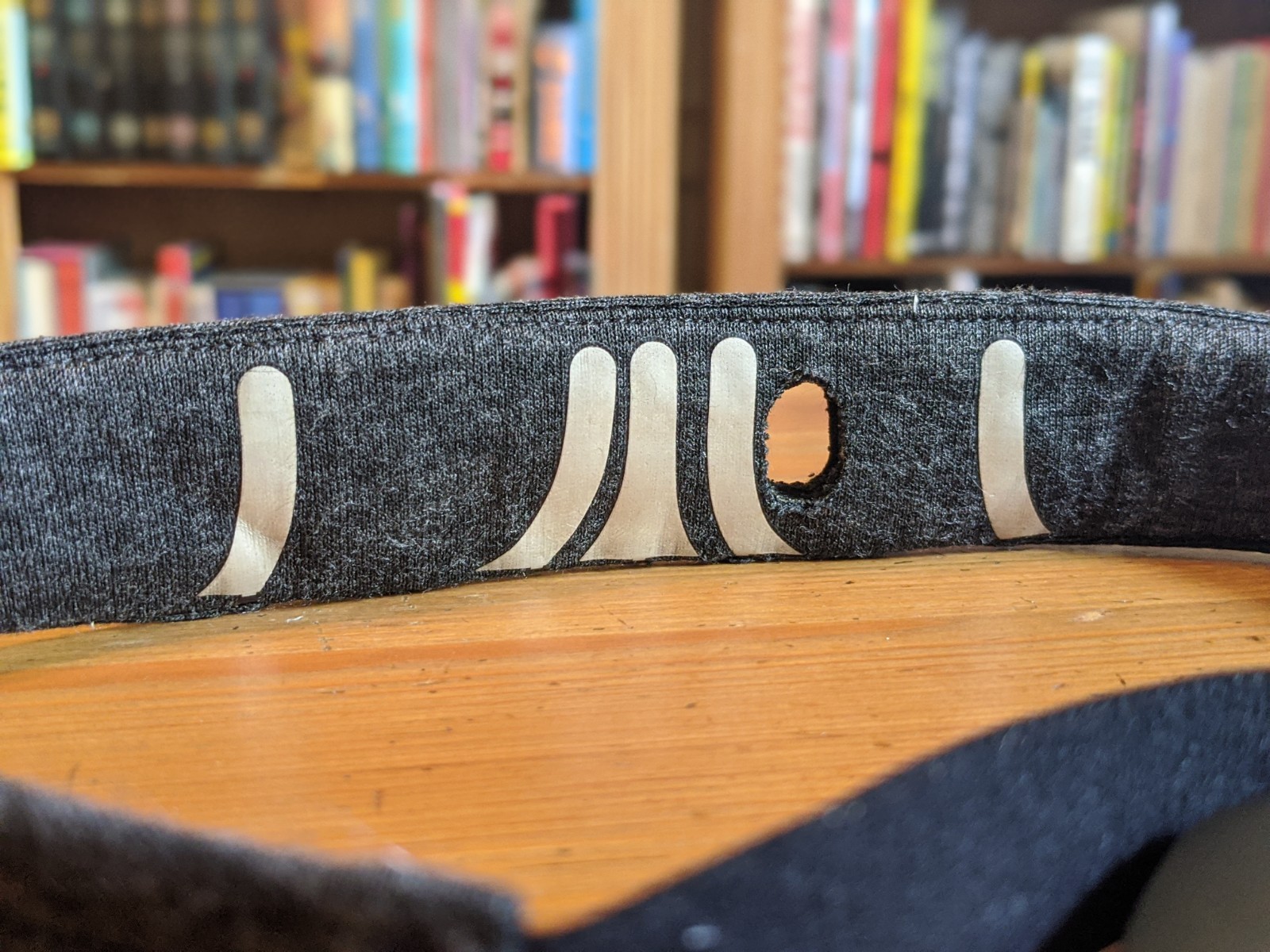 I was able to pick up the new headset for CES and began using it at the show — talk about a trial by fire. Because I was using it on the road, certain aspects have really leapt out at me. The move from a rigid plastic material to fabric with a modular sensor unit is big beyond the obvious ability to wear the headset to bed (sleeping with it is another story, depending on your own habits).

The win for me here is portability. A device I can take apart and safely stick in my bag is a big deal for me. I’m on the road a lot these days, and between the plane and the hotel rooms, it can be tough to set aside time to meditate. The constant pinball machine of time zones has also severely mucked up my already iffy sleep habits. Putting on the headband, sticking in my AirPods and just being still for a while is a good ritual to cultivate.

The Muse app features a number of guided meditation and sleep sessions available via subscription (think Calm/Headspace). Seems like it would be a win-win to partner with one of the existing services, but these days every hardware startup needs a content play. The offerings are generally pretty solid, if a bit limited, though I found myself more drawn to ambient soundscapes rather than spoken guides.

One annoyance that carries over from earlier versions is the required calibration before meditation. It’s not the worst thing, but it does add an extra minute or so to your morning routine. 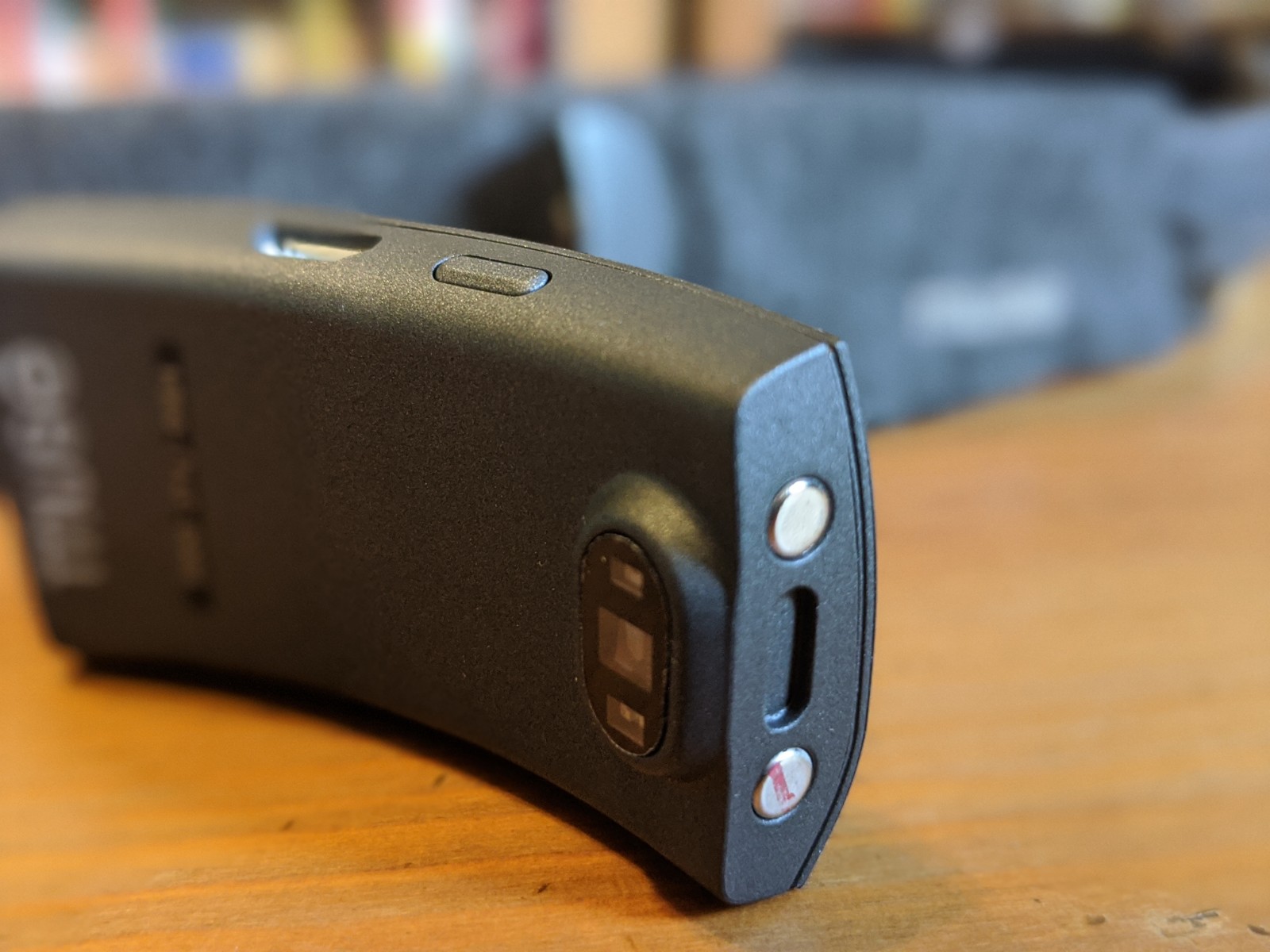 The original meditation is still my favorite bit here. The more the Muse senses your mind wandering, the more the sound of rain increases. Once you regain focus, the rain dies down and birds start to sing. There’s a gamified (an annoying word that is even more annoying in the context of meditation) aspect where you’re given a tally of birds at the end. It’s a silly little Portlandian aspect, but it’s useful in an era when Fitbit and the like have trained us to quantify our own health and habits.

The jury is still out on the sleep aspect for me. I’d love to revisit the topic in a few weeks and let you know if things have improved. I’m still fairly restless, and using a headband takes getting used to. There also are some practical things to deal with. For one thing, the band appears to work best when the sensor is positioned with the power light facing down, but then the light is shining in your eyes. I’ve taken to putting on a sleep mask. I’m slowly turning myself into Darth Vader each night before bed. It’s fine; I’m sure he slept like a baby.

The Muse S is available for a not insignificant $350. A year of the guided meditation service will run you close to $100 (though that’s discounted to $55 right now). The pricing is still prohibitively expensive for most users. I will, however, be continuing my time with the device. If it helps me sleep well without self-medication, it’s a small price to pay.