Amblyopia, commonly called lazy eye, is a medical condition that adversely affects the eyesight of millions, but if caught early can be cured altogether — unfortunately this usually means months of wearing an eye patch. NovaSight claims successful treatment with nothing more than an hour a day in front of its special display.

The condition amounts to when the two eyes aren’t synced up in their movements. Normally both eyes will focus the detail-oriented fovea part of the retina on whatever object the person is attending to; in those with amblyopia, one eye won’t target the fovea correctly and as a result the eyes don’t converge properly and vision suffers, and if not treated can lead to serious vision loss.

It can be detected early on in children, and treatment can be as simple as covering the good eye with a patch for most of the day, which forces the other eye to adjust and align itself properly. The problem is, of course, that this is uncomfortable and embarrassing for the kid, and of course only using one eye isn’t ideal for playing schoolyard games and other everyday things. 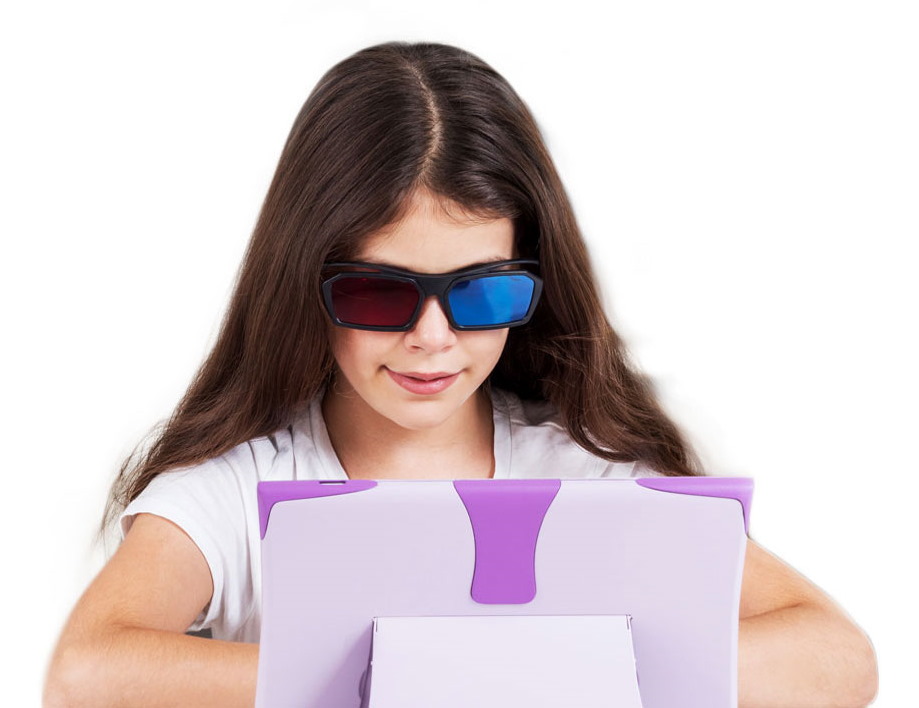 And you look cool doing it!

NovaSight’s innovation with CureSight is to let this alignment process happen without the eye patch, instead selectively blurring content the child watches so that the affected eye has to do the work while the other takes a rest.

It accomplishes this with the same technology that, ironically, gave many of us double vision back in the early days of 3D: glasses with blue and red lenses.

In this case, however, one of the two tinted images just has a blurry circle right where the kid is looking. The screen uses a built-in Tobii eye-tracking sensor so it knows where the circle should be; I got to test it out briefly and the circle quickly caught up with my gaze. This makes it so the other eye, affected by the condition but the only one with access to the details of the image, has to be relied on to point where the kid needs it to.

The best part is that there isn’t some treatment schema or tests — kids can literally just watch YouTube or a movie using the special setup, and they’re getting better, NovaSight claims. And it can be done at home on the kid’s schedule — always a plus. 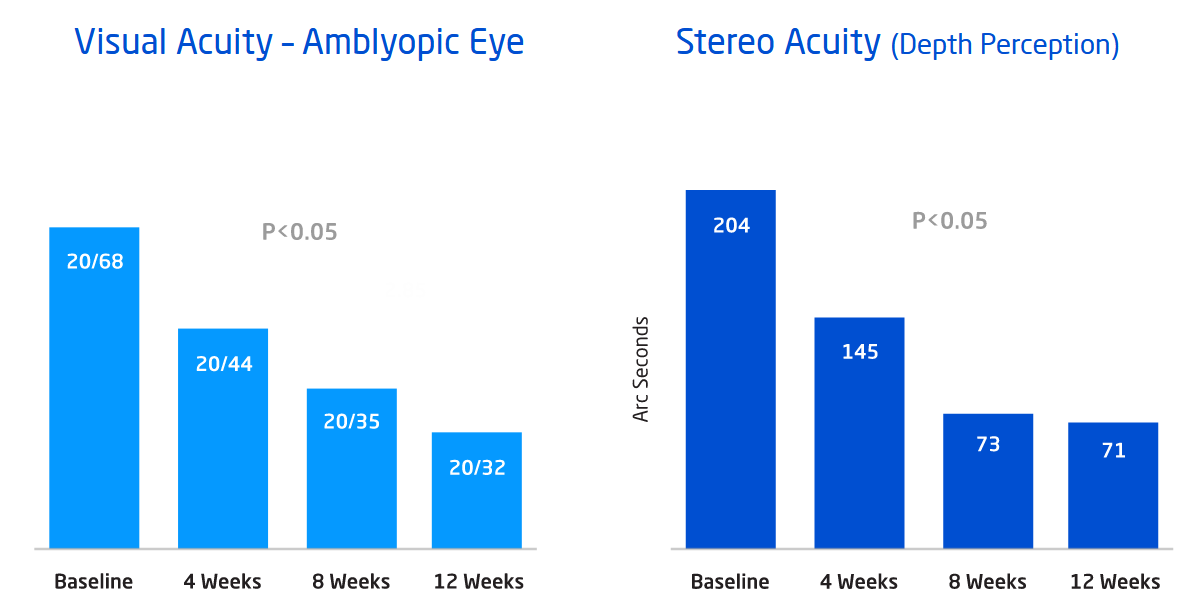 The company has already done some limited clinical trials that showed “significant improvement” over a 12-week period. Whether it can be relied on to completely cure the condition or if it should be paired with other established treatments will come out in further trials the company has planned.

In the meantime, however, it’s nice to see a technology like 3D displays applied to improving vision rather than promoting bad films. NovaSight has been developing and promoting its tech over the last year; it also has a product that helps diagnose vision problems using a similar application of 3D display tech. You can learn more or request additional info at its website.