Lily AI, a startup focused on using deep learning to help brands better convert customers through emotionally tailored recommendations, announced this morning that it has raised a $12.5 million Series A led by Canaan Partners. Prior investors NEA, Unshackled and Fernbrook Capital also took part in the funding event.

Prior to its Series A, Lily had raised just a few million, according to Crunchbase data.

The round caught our eye for a few reasons. First, the investor leading the round — Maha Ibrahim — also led The RealReal’s Series A. That company, which also sports a focus on the sartorial, went public in 2019. (Ibrahim has also dropped by TechCrunch from time to time, including here.) To see the investor lead an early round in a company operating in a related space was notable.

And the technology that co-founders Purva Gupta (formerly Eko India and UNICEF) Sowmiya Chocka Narayanan (formerly of Box) have built is neat.

TechCrunch first covered Lily back in 2017 when it raised $2 million from NEA. At the time it had an iOS application, along with a web app and API designed to help retailers “better understand a woman’s personal preferences around fashion” in their “own catalogs and digital storefronts.”

In a phone call with TechCrunch, Gupta said that she and Narayanan decided that “from a business model perspective” their technology was “better for an enterprise product.” The iOS app was eventually deprioritized (in “less than a year” after launch according to the CEO), with the company making a formal move to focus on enterprise offerings in early 2018. 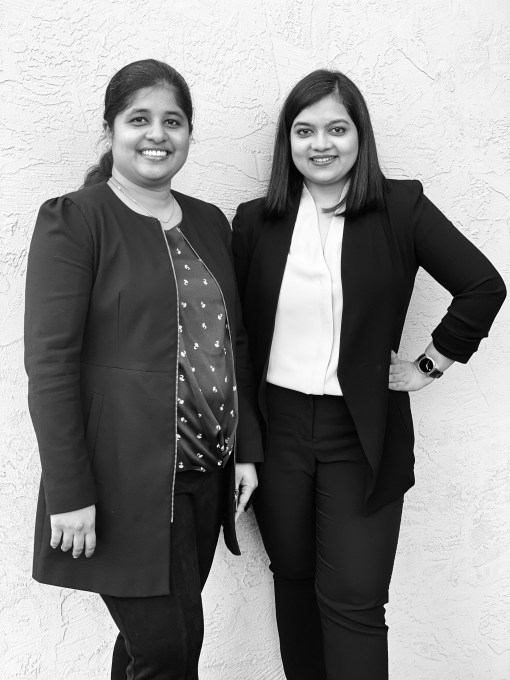 So what does Lily AI do and what is it selling to large retailers? An e-commerce power-up.

Lily’s founding hypothesis came from Gupta’s time exploring fashion in New York, asking hundreds of women about what they had bought recently (more on the company’s founding story here). What came out of that exercise was the idea that every customer is “roaming around with [their own] emotional context,” how “they think about their body” and “how they react to different types of details and items.”

The CEO thought that if you could get that context into an online shop, it would probably help consumers find what they want, and help the store sell more at the same time. That’s the hypothesis behind Lily AI, according to Gupta, who wants to know the “individual emotional context” of “each customer” when they shop online.

It’s that idea that helped the company raise $12.5 million in its A, more capital by far than it had raised before in total.

The service works in three steps, starting with tech that can pull out myriad more attributes from items in a catalog; the more variables you have the more you can know about any particular product. Gupta told TechCrunch in an email that her company’s “approach captures significantly more detail on each product based on the traits customers look for when buying apparel,” including “style, fit, occasion” and the like.

Then, Lily uses “hashed customer data” that brands already collect, married to its item attribute data to “create a high-confidence prediction of each customer’s affinity to every attribute of every product in the catalog,” she continued. From there it’s a recommendation game.

The result of all this work is that “100 percent” of Lily’s customers have seen a “step gain in metrics,” not “just incremental” improvements, according to Gupta. (The company’s website claims a “10x ROI” on customer spend on its products.)

Lily charges for its service on a volume basis.

And there should be lots of that. According to Canaan’s Ibrahim, e-commerce “will continue to grow between 15-20% annually and will represent ~20% of all retail spending in 2020 […] off of an enormous absolute number base of ~$4T of e-commerce spend.” That means Lily has a pretty big market to grow into, which is just what venture investors love to see.

One final thing. During our call, I asked Gupta about privacy. After all, her company is pairing consumer preferences with other information for the benefit of a brand. In our discussion about how her startup protects customer privacy, she said something interesting that I asked her to expand on. Here’s how she described how her firm is built around understanding the feelings of others, or what’s better known as empathy:

We started Lily AI with the goal of helping customers look and feel their best. And I’m so proud that we use ‘Empathy’ as the guiding principle for everything: building products, hiring, retaining talent and establishing company culture.

Not a bad place to build from.

Update: Post updated to reflect that Canaan led The RealReal’s Series A, not C.