One of the reasons recently IPO’d Stitch Fix became so popular among female shoppers is because of how it pairs the convenience of home try-on for clothing and accessories with a personal styling service that adapts to your tastes over time. But often, personal stylists bring their own subjective takes on fashion to their customers. A new startup called Lily aims to offer a more personalized service that takes into account not just what’s on trend or what looks good, but also how women feel about their bodies and how the right clothing can impact those perceptions.

The company has now closed on $2 million in seed funding from NEA and other investors to further develop its technology, which today involves an iOS application, web app and API platform that retailers can integrate with their own catalogs and digital storefronts.

To better understand a woman’s personal preferences around fashion, Lily uses a combination of algorithms and machine learning techniques to recommend clothing that fits, flatters and makes a woman feel good. 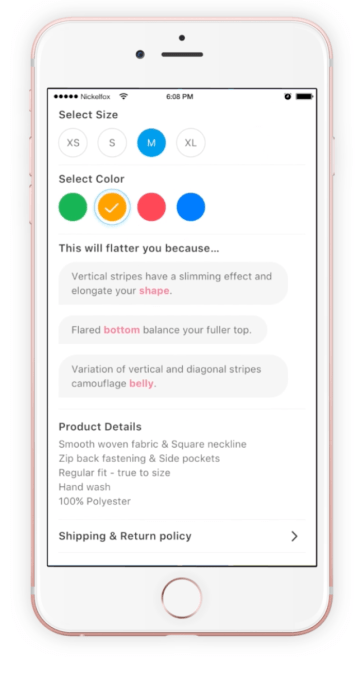 At the start, Lily asks the user a few basic questions about body type and style preferences, but it also asks women how perceive their body.

For example, if Lily asks about bra size, it wouldn’t just ask for the size a woman wears, but also how they think of this body part.

“I’m well-endowed,” a woman might respond, even if she’s only a full B or smaller C – which is not necessarily the reality. This sort of response helps to teach Lily about how the woman thinks of her body and its various parts, to help it craft its recommendations. That same woman may want to minimize her chest, or she may like to show off her cleavage, she may say.

But as she shops Lily’s recommendations in this area, the service learns what sorts of items the woman actually chooses and then adapts accordingly.

This focus on understanding women’s feelings about clothing is something that sets Lily apart.

“Women are looking for clothes to spotlight the parts of their body they feel most comfortable with and hide the ones that make them feel insecure,” explains Lily co-founder and CEO, Purva Gupta. “A customer makes a decision because based on whether a specific cut will hide her belly or downplay a feature they don’t like. Yet stores do nothing to guide women toward these preferences or take the time to understand the reasons behind their selections,” she says.

Gupta came up with the idea for Lily after moving to New York from India, where she felt overwhelmed by the foreign shopping culture. She was surrounded by so much choice, but didn’t know how to find the clothing that would fit her well, or those items that would make her feel good when wearing them.

She wondered if her intimidation was something American women – not just immigrants like herself – also felt. For a year, Gupta interviewed others, asking them one question: what prompted them to buy the last item of clothing they purchased, either online or offline? She learned that those choices were often prompted by emotions. 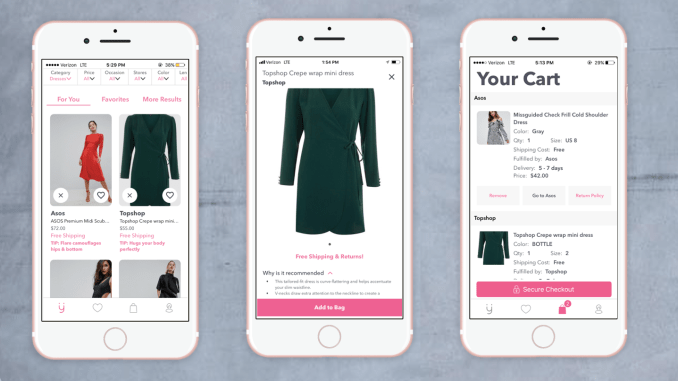 Being able to create a service that could match up the right clothing based on those feelings was a huge challenge, however.

“I knew that this was a very hard problem, and this was a technology problem,” says Gupta. “There’s only one way to solve this at scale – to use technology, especially artificial intelligence, deep learning and machine learning. That’s going to help me do this at scale at any store.”

To train Lily’s algorithms, the company spent two-and-half years building out its collection of 50 million plus data points and analyzing over a million product recommendations for users. The end result is that an individual item of clothing may have over 1,000 attributes assigned to it, which is then used to match up with the thousands of attributes associated with the user in question.

“This level of detail is not available anywhere,” notes Gupta. 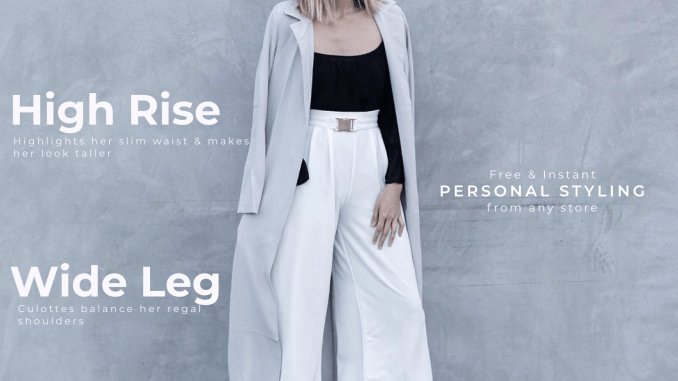 In Lily’s app, which works as something of a demo of the technology at hand, users can shop recommendations from 60 stores, ranging from Forever 21 to Nordstrom, in terms of price. (Lily today makes affiliate revenue from sales).

In addition, the company is now beginning to pilot its technology with a handful of retailers on their own sites – details it plans to announce in a few months’ time. This will allow shoppers to get unique, personalized recommendations online that could also be translated to the offline store in the form of reserved items awaiting you when you’re out shopping.

Though it’s early days for Lily, its hypothesis is proving correct, says Gupta.

“We’ve seen between 10x to 20x conversion rates,” she claims. “That’s what’s very exciting and promising, and why these big retailers are talking to us.”

The pilot tests are paid, but the pricing details for Lily’s service for retailers are not yet set in stone so the company declined to speak about them.

The startup was also co-founded by CTO Sowmiya Chocka Narayanan, previously of Box and Pocket Gems. It’s now a team of 16 full-time in Palo Alto.