Welcome to TechCrunch’s 2019 Holiday Gift Guide! Need help with gift ideas? We’re here to help! We’ll be rolling out gift guides from now through the end of December. You can find our other guides right here.

To those who are in it, gaming is more than just a hobby. It’s a way to connect with others, an outlet for competition and, for the most talented, a potential career path. But as far as hobbies (or more-than hobbies) go, it can become really expensive.

So this holiday season, surprise your beloved gamer with gear that will keep their wallet full and their fingers engaged.

Before you dive in, make sure to double check your recipient’s preferred gaming platform. While things like a massive USB hard drive will generally work regardless of whether they’re on PC or Xbox, even the best Xbox headset probably won’t work with PS4. We’ve got suggestions for each platform below, plus a few games for each. 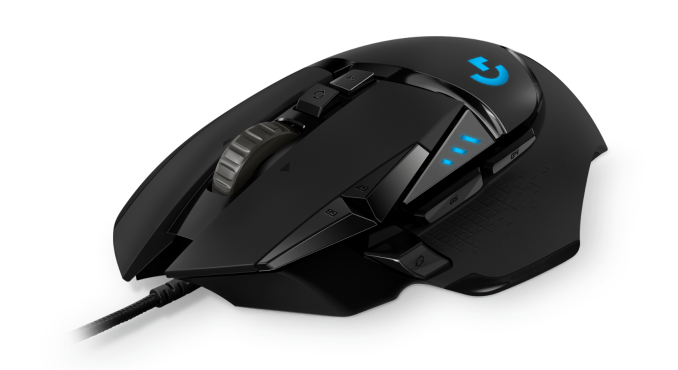 If they’ve been gaming for years, your giftee might already have a mouse they love. If they’re just starting to get into gaming on a PC, though, upgrading to a really good mouse is a solid first step. You don’t have to worry too much about compatibility with their existing hardware, and it should last them years.

The Logitech G502 Hero and the Logitech G502 Lightspeed are great options here. The Hero, a wired and more budget-friendly version of the Lightspeed, comes with 11 customizable buttons, weight customization, LED lights and the namesake HERO sensor can scale between 100 and 16,000 DPI — allowing them to find their exact sensitivity comfort zone. The Lightspeed, meanwhile, adds two big features to the Hero with the Lightspeed wireless tech (super-low latency for a wireless mouse) and wireless charging via the optional $100 PowerPlay mouse pad.

Though this keyboard is on the pricey side, it’s worth it. The Huntsman Elite has super-fancy hybrid keys, using both mechanical and optical sensor inputs for super-consistent, ultra-fast key presses. The opto-mechanical switch gets rid of debounce and promises a much longer lifespan (100 million keystrokes) than much of the competition, so it’ll last. It has built-in storage for profiles, letting you quickly swap in customizations you’ve made for different games. It’s got a comfortable wrist rest, and, of course, RGB lighting. 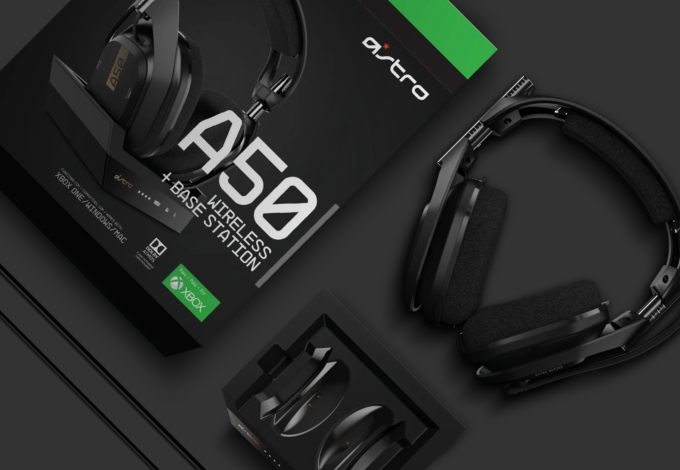 Having a good headset can feel like cheating, and the Astro A50s are pretty damned great. With Dolby Headphone 7.1 Surround Sound, and 5GHZ wireless transmitter for low latency, I honestly feel like they make me a better player. The headset has controls for mixing voice chat and game sound, and the battery lasts up to 15 hours. It comes in two versions: one for Xbox/PC, and one for PS4/PC; sadly, no version works with all three platforms. 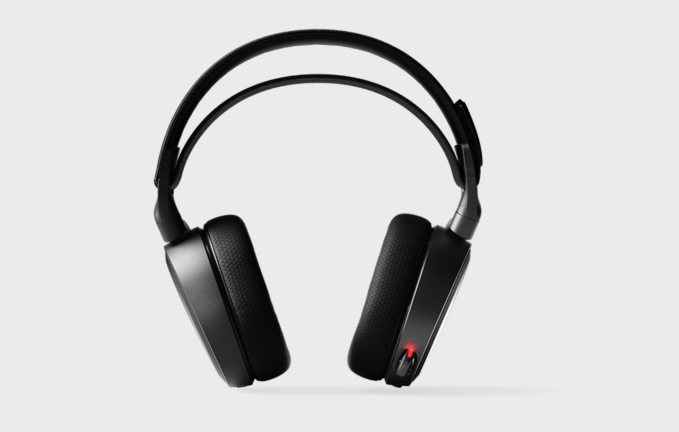 If dropping $300 on a headset seems a bit too much, the SteelSeries Arctis 7 will get the job done at less than half the price. It offers Lossless 2.4GHz wireless audio (low latency) and a fantastic Clearcast bidirectional mic. SteelSeries says it has up to 24 hours of battery life, though I’ll admit that I’d never have the stamina to test that. 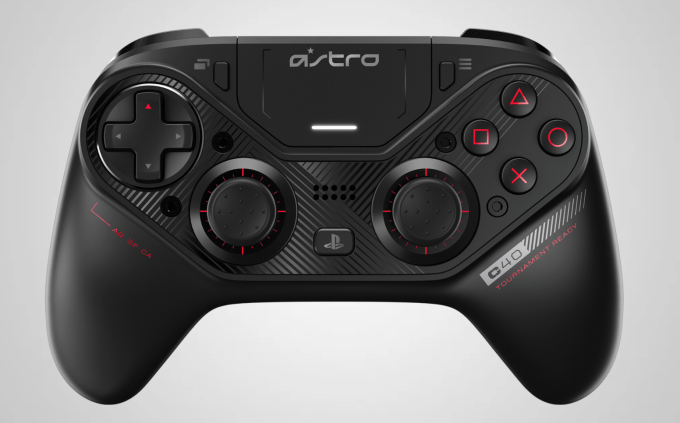 As gaming gets more and more competitive, controller players have historically been at a bit of a disadvantage. While most console shooters have systems like aim assist to try and make up for the gap, console controllers inevitably have fewer inputs than a PC gamer with their full-blown keyboard/mouse setups.

The Astro C40, my personal go-to PS4 controller, helps counter that a bit. With re-mappable panels on the back, trigger stops and both wired and wireless capabilities, the C40 is a controller that can up your game. It also has a 12-hour battery life; I’ve never managed to actually kill this controller between charges.

(I have noticed a bit of aim drag on one of the joysticks from time to time. That said, the controller has a removable panel for changing out joysticks, and Astro sells the C40 with a six-month warranty.) 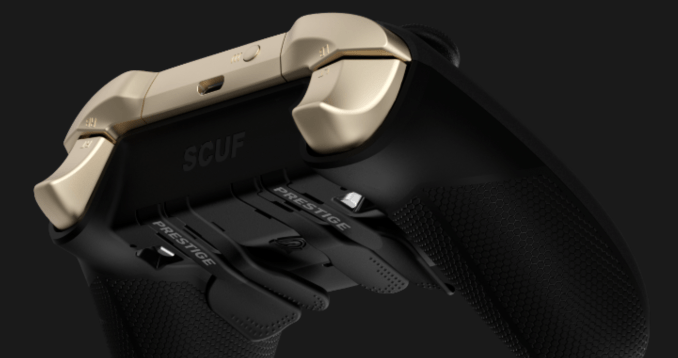 If your Xbox gamer isn’t happy with the included Xbox controller, a solid option is the Scuf Gaming Prestige controller for Xbox. It has four mappable paddles on the back, and is fully customizable. That means you can tailor the color, the length and shape of the joysticks, and the feel of the controller. One caveat: It’s worth noting that in my experience, Scuf controllers don’t stand up to a lot of wear and tear, especially considering the $160 price tag. 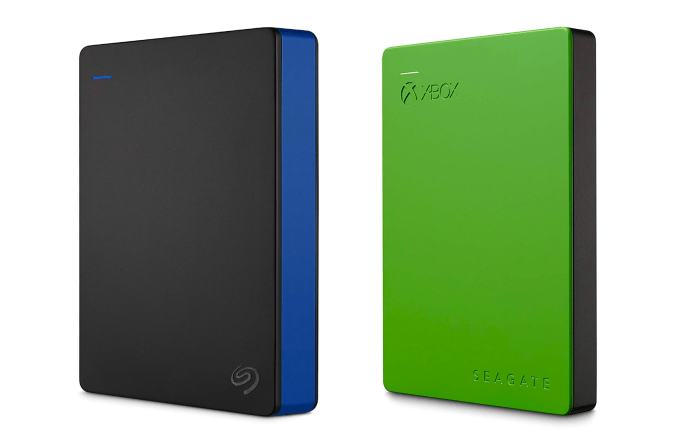 The game you’ve been dying to play is finally out… aaaaand now you’ve got to pick which of your existing games to delete to make it fit. Or you could just plug in a monster hard drive and forget about all that for a while.

The Seagate GameDrive 4TB will immediately bump up your console’s storage capacity, adding space for another 50+ games. It uses USB 3.0, which means it doesn’t need an extra power source and transfers at good speeds. It’s a spinning disc rather than solid state — the upside of which is that it keeps things cheap, the downside being that the read(/load) times tend to be a bit slower.

(Tip: Pretty much any USB 3.0 hard drive bigger than 256GB will work with PS4 or Xbox One, though you’ll need to wipe/format it for each console the first time you plug it in.) 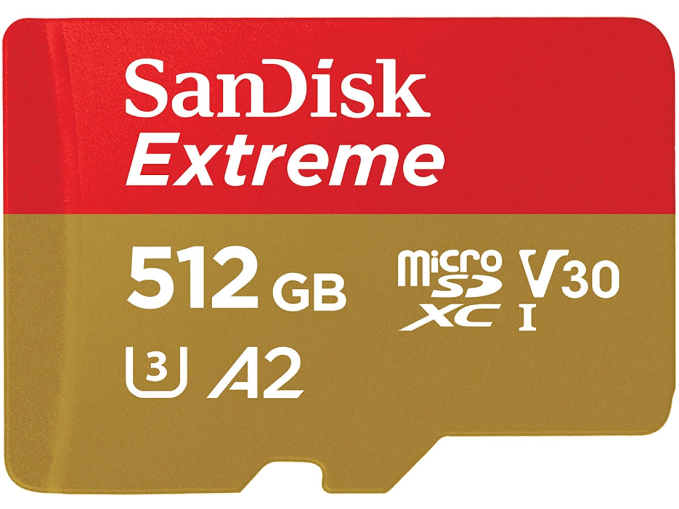 As with the Xbox/PS4, most people will probably eventually want way more storage than the 32GB that comes built into the Nintendo Switch. Unlike the Xbox/PS4, however, the Switch taps microSD cards rather than external USB drives.

Fortunately, microSD cards have seen drastic price drops over the last few years. You can get cards as big as 512GB for less than $100 these days. Two things to be aware of: you’ll want a card that supports transfer speeds of at least 60-95 MB/s, and you probably want to buy from a brand you recognize from a retailer you trust. Bootleg cards with mislabeled capacities are a thing.

Giftee already got things covered on the hardware front? Get’ em some games! No game is one-size-fits-all, so here’s a smattering of choices across genres and platforms.

(Trying to figure out if a game seems right for someone? Look for “Let’s Play” videos on YouTube, or watch a Twitch stream. It’ll take a few more minutes than just watching a trailer, but they’re often much better representations of what a game is really like.) 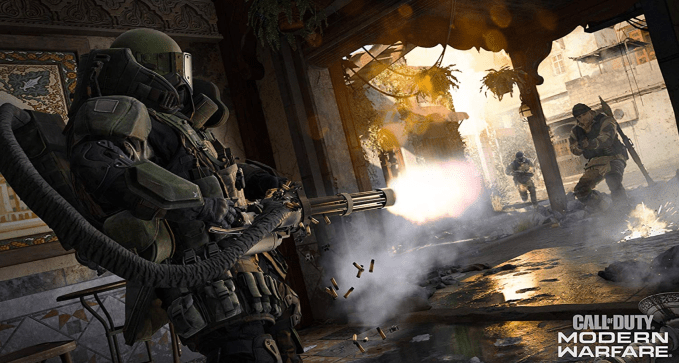 Call of Duty has been a staple in any gamer’s diet for the past decade. Though the franchise has had a bumpy few years, the community has been re-energized with the recent launch of Modern Warfare*, the sequel to one of the franchise’s most popular titles. This boots-on-the-ground FPS game should be a welcome gift to most gamers, as long as they don’t already have it!

(*Confusingly, this one is officially just called “Call of Duty: Modern Warfare,” without any number following it, despite it being the fourth CoD game to share the “Modern Warfare” name. Make sure you’re getting the one made in 2019, not 2007, 2009 or 2011.) 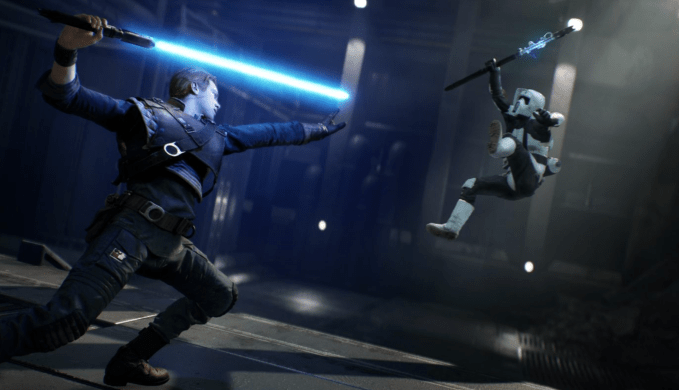 The upcoming release of “Star Wars: The Rise of Skywalker” makes this 2019 title an excellent option for your gamer, who may wish to continue on in a galaxy far, far away the moment they leave the theater. This action-adventure games follow the story of Cal Kestis, a Jedi Padawan, who is looking to finish his training and restore the Jedi Order, all while thwarting the Empire’s attempt to hunt him down. It’s a true Star Wars tale. 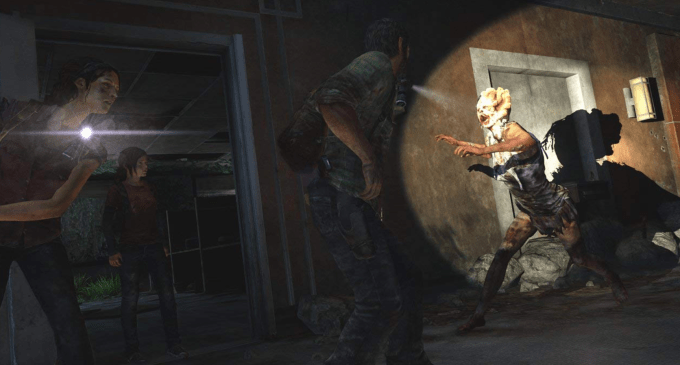 The Last of Us initially launched a few years ago, but the title has been remastered for PS4. The title follows Joel and Ellie, two survivors of a Zombie apocalypse as they try to survive warring factions, the military and the zombies themselves. It’s a cinematic adventure that your gamer could end up playing for hours without even noticing. And the affordable part 1 is a great way to prime for the 2020 release of part 2, which you can pre-order now. 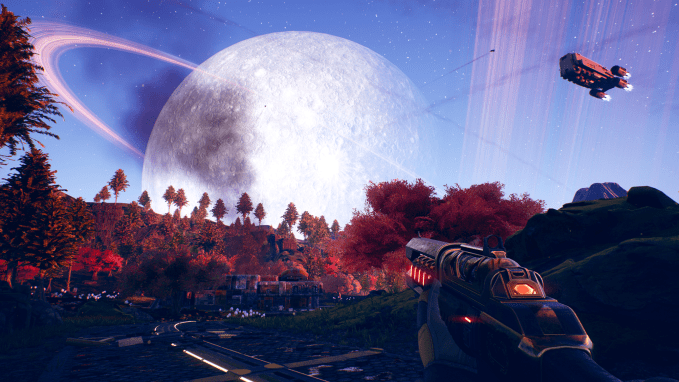 The Outer Worlds is a first-person RPG that is sure to please classic sci-fi fans. The relatively complex game allows players to make decisions as they move to new worlds and meet new NPCs, all the while participating in combat situations with hostiles. The game is available on PC, PS4 and Xbox, with a Switch version set to launch in 2020. 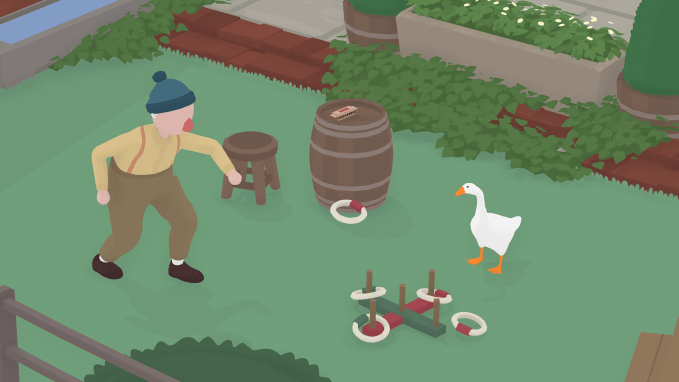 Anyone interested in a super-lightweight, lean-back sort of game will appreciate the Goose Game. Essentially, the player is a very annoying goose, and completes tasks that make the lives of surrounding humans more difficult. It’s cute, it’s fun and it’s affordable.

The first original Pokémon game for Switch is a great jumping on point for those new to the franchise. The Pokémon company changed some key elements of gameplay to make repetitive actions less punishing, and created a great, engaging story. There are also dozens of new Pokémon to discover on the fastest-selling Switch game ever, and a thousand+ from past generations.

As with most main series Pokémon titles, there are two versions of this game — Pokémon Sword and Pokémon Shield. They’re slightly different — each one has a handful of unique Pokémon you can’t get in the other, some visual differences, etc. — but there’s not really a wrong choice.