Spotify’s push into podcasts continues today with the launch of a new, 10-episode original series, “The Decade Wrapped,” that taps into insights and data from Spotify’s year-end Wrapped campaign to inform its episodes. Wrapped, of course, is Spotify’s annual look back at the biggest music trends during the year — or in 2019’s case, the decade — but personalized to individual users. “The Decade Wrapped,” however, pulls from the aggregate data Spotify has on what its users like to stream.

The topics for the new podcast include artists like Drake, Nicki Minaj, One Direction and Beyoncé, as well as other big trends, like Harlem Shake and “Despacito,” among others. These were chosen because of how much Spotify’s users were streaming these artists and songs throughout the last 10 years. 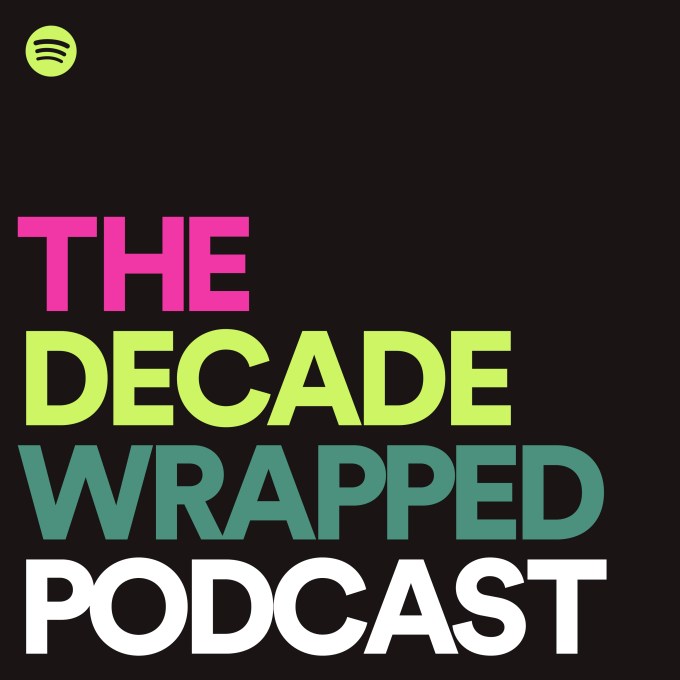 The hit song “Despacito” saw more than 1.3 billion all-time streams and “Gangnam Style” has more than 205+ million streams since its debut in 2012.

The podcast will be hosted by Eric Eddings, who will be joined by critics, comedians, influencers and writers, including Robin Thede, Hannah Bronfman, Lele Pons and others. Together, they’ll look back on the music that defined pop culture in the decade.

Nostalgic looks back at past years are a popular format for entertainment series. VH1’s “I Love the…” franchise, for instance, became one of the channel’s most popular programs of all time. And Spotify’s own year-end “Wrapped” feature is something a number of its listeners enjoy, based on the numerous posts on social media it inspires.

The new podcast is the latest in a series of moves by the streamer to attract podcast listeners to its service. Most recently, it added a new way for users to discover podcasts, by allowing them to pick topics they like, then receive recommendations. It also added podcaster metrics to Wrapped, launched a personalized podcast playlist, added support for adding podcasts to your own playlists and continually launches new and original series from Spotify Studios, as well as those from the studios it acquired, Gimlet and Parcast.

The first three episodes are arriving today, December 16 in the U.S., while the rest will arrive daily over the course of the week, says Spotify. The full descriptions of the shows are here on Spotify’s site.