An online company that allows users to obtain a copy of their birth and death certificates from U.S. state governments has exposed a massive cache of applications — including their personal information.

More than 752,000 applications for copies of birth certificates were found on an Amazon Web Services (AWS) storage bucket. (The bucket also had 90,400 death certificate applications, but these could not be accessed or downloaded.)

The bucket, owned by a Barcelona-based company Onlinevitalus, wasn’t protected with a password, allowing anyone who knew the easy-to-guess web address access to the data.

Each application process differed by state, but performed the same task: allowing customers to apply to their state’s record-keeping authority — usually a state’s department of health — to obtain a copy of their historical records. The applications we reviewed contained the applicant’s name, date-of-birth, current home address, email address, phone number and historical personal information, including past addresses, names of family members and the reason for the application — such as applying for a passport or researching family history. 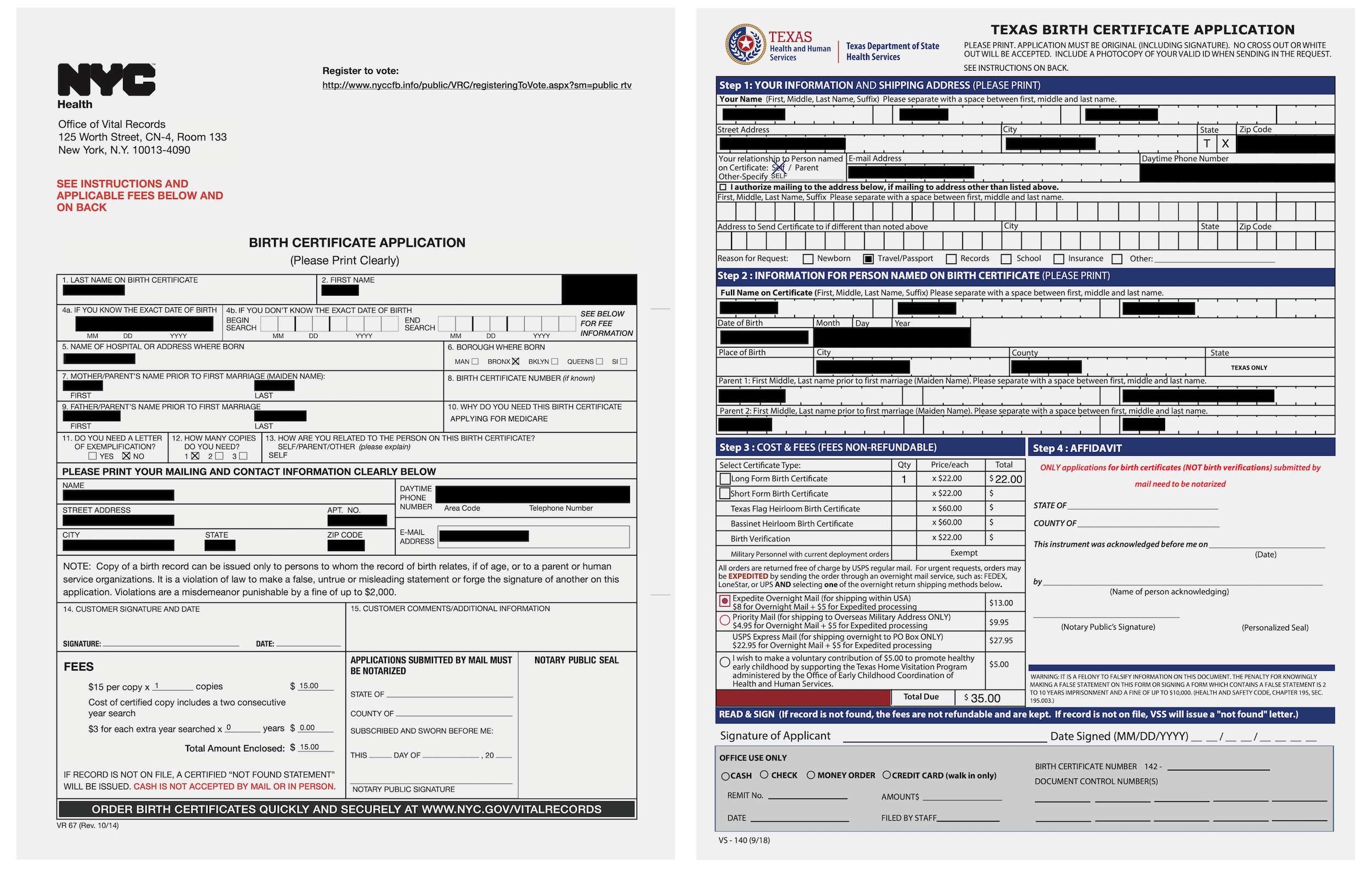 The applications for copies of birth certificates from many U.S. states — including California, New York and Texas — were left online (Image: TechCrunch)

Fidus and TechCrunch sent several emails prior to publication to warn of the exposed data, but we received only automated emails and no action was taken. When reached, Amazon would not intervene but said it would inform the customer. Onlinevitalus eventually took down the bucket, but did not comment.

We also informed Spain’s data protection authority to warn of the security lapse, but the authority did not comment.

Updated to include the company’s name, after the data was secured.