AWS today announced CodeGuru, a new machine learning-based service that automates code reviews based on the data the company has gathered from doing code reviews internally.

Developers write the code and simply add CodeGuru to the pull requests. It supports GitHub and CodeCommit, for the time being. CodeGuru uses its knowledge of reviews from Amazon and about 10,000 open-source projects to find issues, then comments on the pull request as needed. It will obviously identify the issues, but it also will suggest remediations and offer links to the relevant documentation. 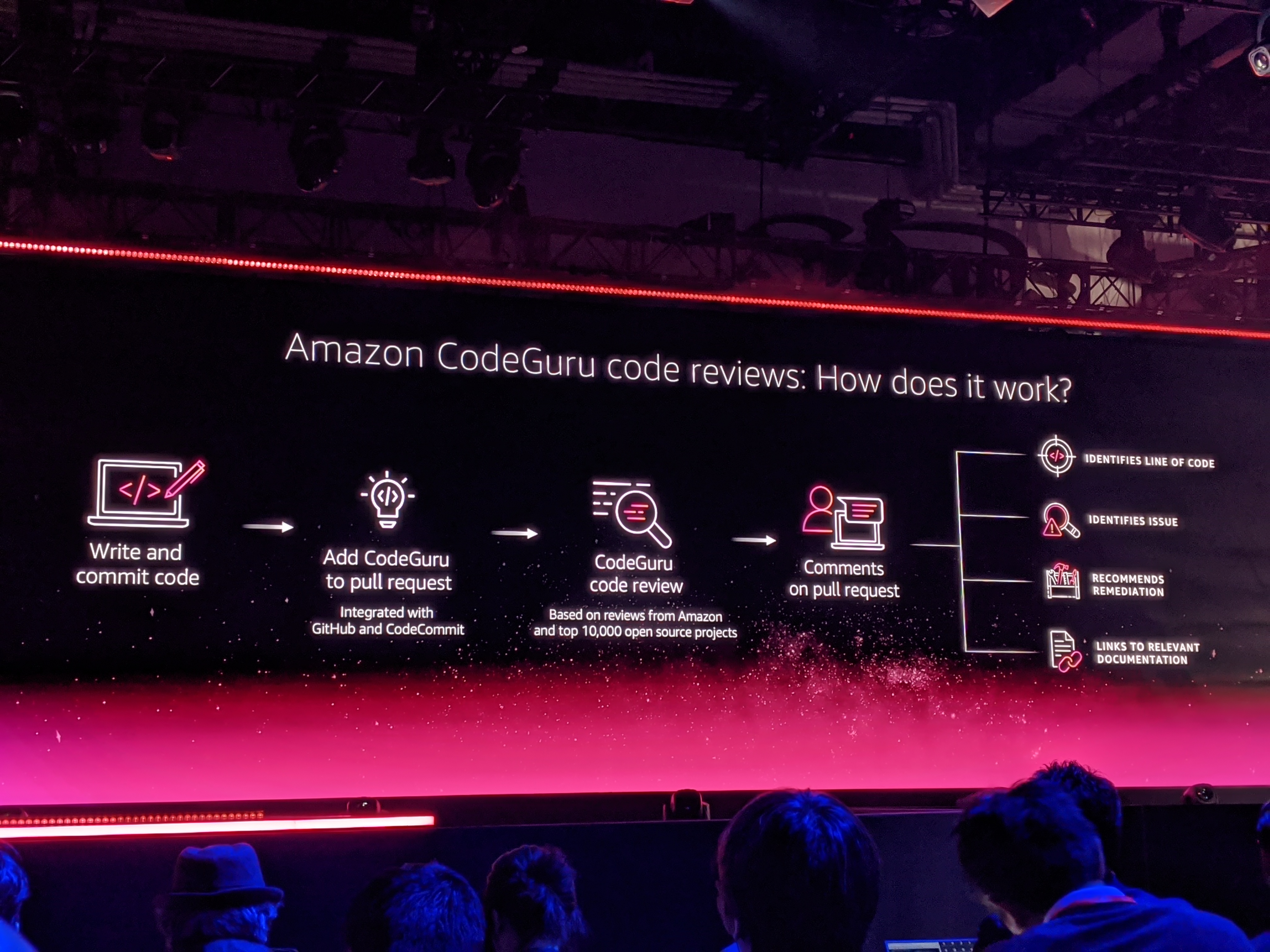 Encoded in CodeGuru are AWS’s own best practices. Among other things, it also finds concurrency issues, incorrect handling of resources and issues with input validation.

AWS and Amazon’s consumer side have used the profiler part of CodeGuru for the last few years to find the “most expensive line of code.” Over the last few years, even as some of the company’s applications grew, some teams were able to increase their CPU utilization by more than 325% at 36% lower cost. 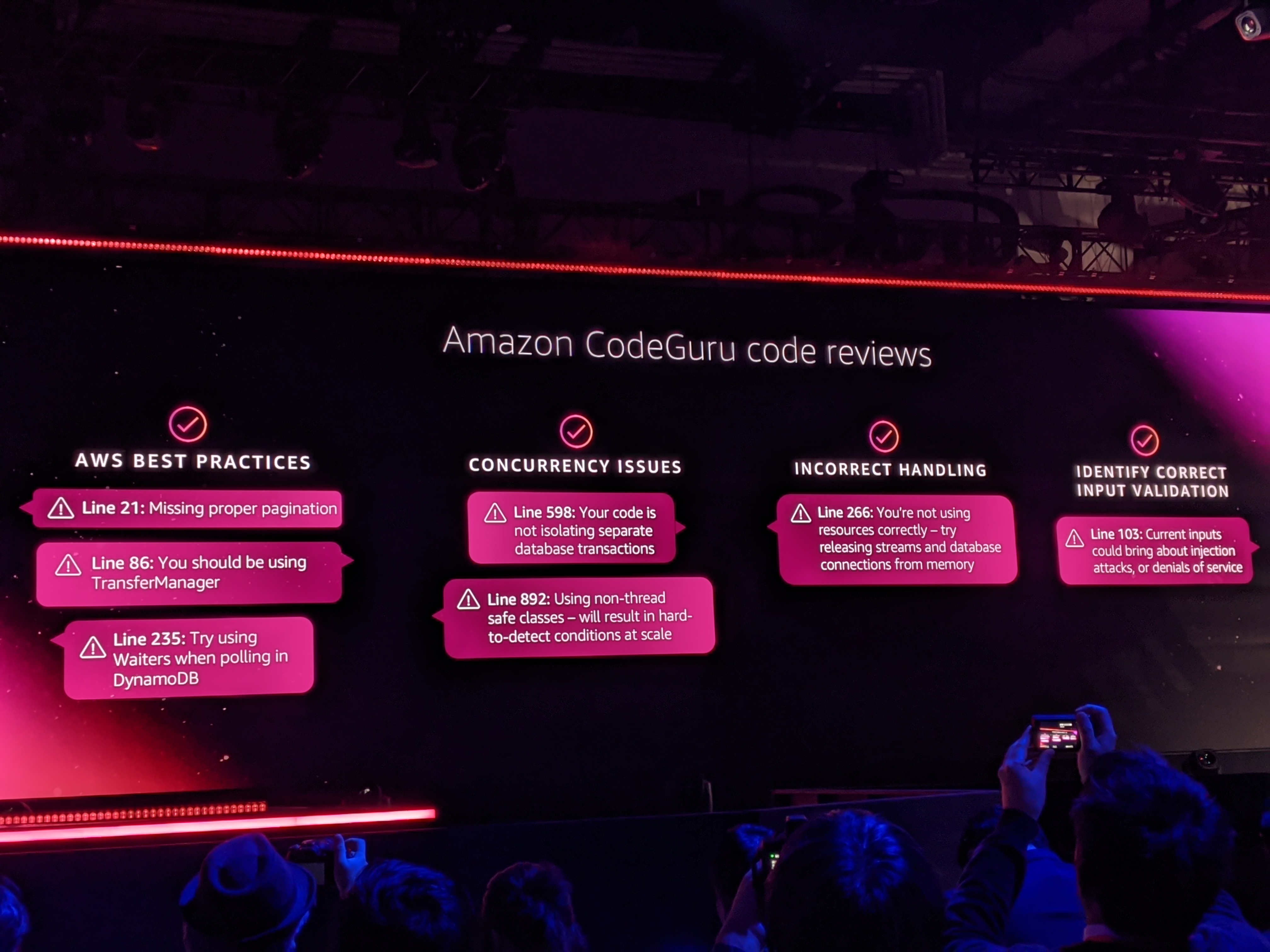