For about a year now, continuous integration and delivery service CircleCI has offered Orbs, a way to easily reuse commands and integrations with third-party services. Unsurprisingly, some of the most popular Orbs focus on AWS, as that’s where most of the company’s developers are either testing their code or deploying it. Today, right in time for AWS’s annual re:Invent developer conference in Las Vegas, the company announced that it has now added Orb support for the AWS Serverless Application Model (SAM), which makes setting up automated CI/CD platforms for testing and deploying to AWS Lambda significantly easier.

In total, the company says, more than 11,000 organizations started using Orbs since it launched a year ago. Among the AWS-centric Orbs are those for building and updating images for the Amazon Elastic Container Services and the Elastic Container Service for Kubernetes (EKS), for example, as well as AWS CodeDeploy support, an Orb for installing and configuring the AWS command line interface, an Orb for working with the S3 storage service and more. 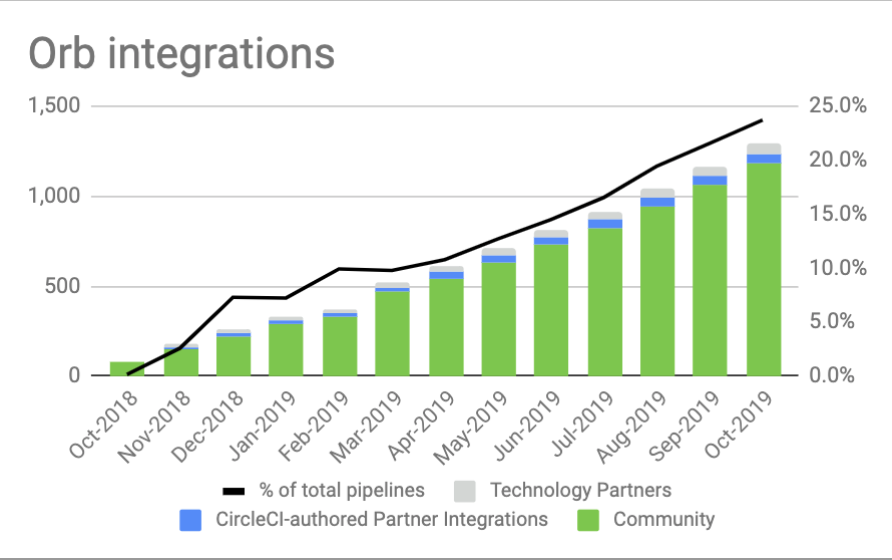 “We’re just seeing a momentum of more and more companies being ready to adopt [managed services like Lambda, ECS and EKS], so this became really the ideal time to do most of the work with the product team at AWS that manages their serverless ecosystem and to add in this capability to leverage that serverless application model and really have this out of the box CI/CD flow ready for users who wanted to start adding these into to Lambda,” CircleCI VP of business development Tom Trahan told me. “I think when Lambda was in its earlier days, a lot of people would use it and they would use it and not necessarily follow the same software patterns and delivery flow that they might have with their traditional software. As they put more and more into Lambda and are really putting a lot more what I would call ‘production quality code’ out there to leverage. They realize they do want to have that same software delivery capability and discipline for Lambda as well.”

Trahan stressed that he’s still talking about early adopters and companies that started out as cloud-native companies, but these days, this group includes a lot of traditional companies, as well, that are now rapidly going through their own digital transformations.