“AWS DeepComposer is a 32-key, 2-octave keyboard designed for developers to get hands on with Generative AI, with either pretrained models or your own,” AWS’ Julien Simon wrote in a blog post introducing the company’s latest machine learning hardware.

The keyboard is supposed to help developers learn about machine learning in a fun way, and maybe create some music along the way. The area involved in generating creative works in artificial intelligence is called “generative AI.” In other words, it helps you teach machines to generate something creative using “generative adversarial networks.”

“Developers, regardless of their background in ML or music, can get started with Generative Adversarial Networks (GANs). This Generative AI technique pits two different neural networks against each other to produce new and original digital works based on sample inputs. With AWS DeepComposer, you can train and optimize GAN models to create original music,” according to Amazon. 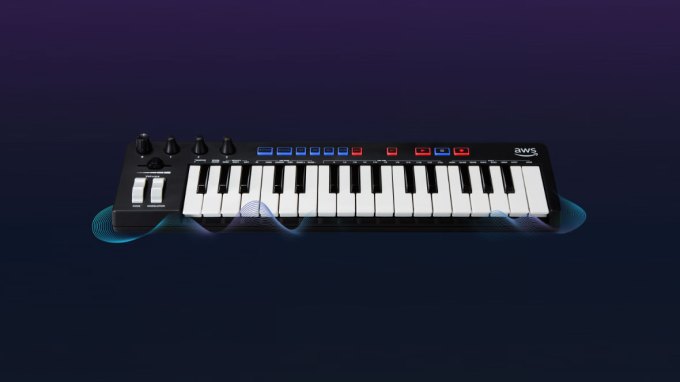 Developers can train their own machine learning models or use ones supplied by Amazon to get started. Either way, you create the music based on the model, tweak it in the DeepComposer console on the AWS cloud, then generate your music. If you wish, you can share your machine-generated composition on SoundCloud when you’re done.

This is the third machine learning teaching device from Amazon, joining the DeepLens camera introduced in 2017 and the DeepRacer racing cars introduced last year. It’s worth noting that this is just an announcement. The device isn’t quite ready yet, but Amazon is allowing account holders to sign up for a preview when it is.