It’s a type of machine learning that works when an “agent” is allowed to act on a trial-and-error basis within an interactive environment. It does so using feedback from those actions to learn over time in order to reach a predetermined goal or to maximize some type of score or reward.

This makes it different from other machine learning techniques — like Supervised Learning, for example — as it doesn’t require any labeled training data to get started, and it can make short-term decisions while optimizing for a long-term goal.

Developers first get started using a virtual car and tracks in a cloud-based 3D racing simulator, powered by AWS RoboMaker. Here, they can train an autonomous driving model against a collection of predefined race tracks included with the simulator, then evaluate them virtually or choose to download them to the real-world AWS DeepRacer car.

They can also opt to participate in the first AWS DeepRacer League at the re:Invent conference, where the car was announced. This event will take place over the next 24 hours in the AWS DeepRacer workshops and at the MGM Speedway and will involve using Amazon SageMaker, AWS RoboMaker and other AWS services. 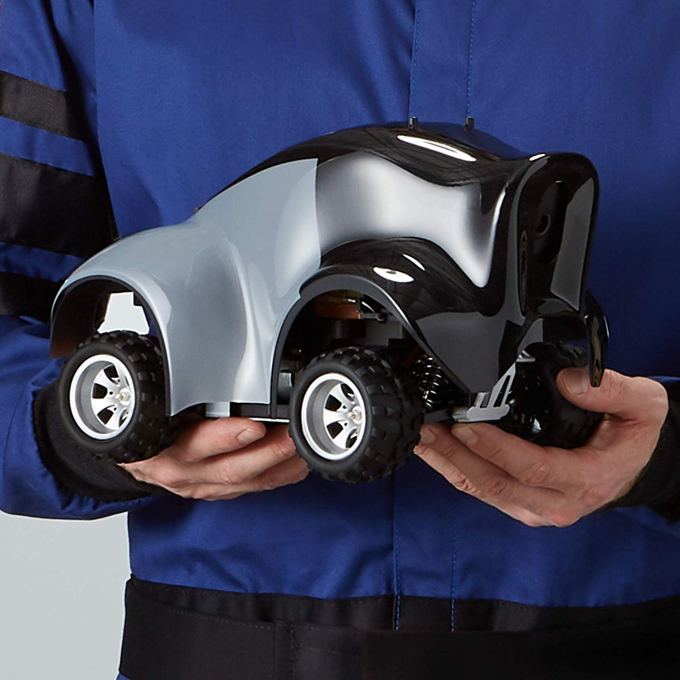 There are six main tracks, each with a pit area, a hacker garage and two extra tracks developers can use for training and experimentation. There will also be a DJ.

The league will continue after the event, as well, with a series of live racing events starting in 2019 at AWS Global Summits worldwide. Virtual tournaments will also be hosted throughout the year, Amazon said, with the goal of winning the AWS DeepRacer 2019 Championship Cup at re:invent 2019.

The car also includes a 4 megapixel camera with 1080p resolution, 802.11ac Wi-Fi, multiple USB ports and battery power that will last for about two hours.