Five years ago, when the Los Angeles-based enterprise software startup Replicated first launched, it was one of a number of contenders looking to bring containerized software development tools to businesses.

Over time, as Kubernetes has emerged as the dominant toolkit for developers, Replicated’s co-founder, Grant Miller, realized that his company needed to adjust to the new reality.

“Realistically when we saw Kubernetes becoming the default platform we wondered what would the next generation of Replicated’s tooling look like,” Miller told me recently.

The solution that the company hit upon was to launch a suite of services — which are available now — that could “operationalize and scale the Kubernetes applications,” Miller said.

Replicated had been focused on third-party software written by someone else and delivered to run internally within a company’s on-premise hardware. Now the company is launching what it calls KOTS (Kubernetes Off The Shelf), which is a play on commercial off-the-shelf software, Miller says.

“The future of enterprise software is going to be these Kubernetes applications delivered to enterprises so that they can run privately, securely, in their own environments,” says Miller.

Replicated has already sold its toolkit to a number of vendors, including: HashiCorp, CircleCI, Gradle, Snyk, GitPrime, Sysdig, Wickr, SignalSciences and many others and has distributed those applications into 1,500 enterprises, including 50 of the Fortune 100.

Now, Replicated KOTS enables vendors to easily package an upstream, and fully supported, distribution of Kubernetes with their application for enterprises which have yet to fully embrace Kubernetes.

Once deployed, KOTS gives administrators the ability to get an application configured and deployed using step-through configuration, automated preflight checks and one-click updates.

For more advanced cluster operators, the KOTS tools provide integrations that set up an application for automated day-two operations. Cluster operators can make last-mile configuration changes as overlays that will persist throughout application updates, the company said.

The tools also integrate with internal enterprise image registries to piggyback on the image scanning that enterprises conduct. Additionally, administrators can consolidate application updates to be automatically versioned through internal version control systems like GitHub Enterprise or GitLab, enabling GitOps for third-party applications.

Already, Replicated has four customers using its KOTS suite of tools. The idea is to give businesses a way to operationalize and support software developers for alerts and provide tools to manage deployments on premises. 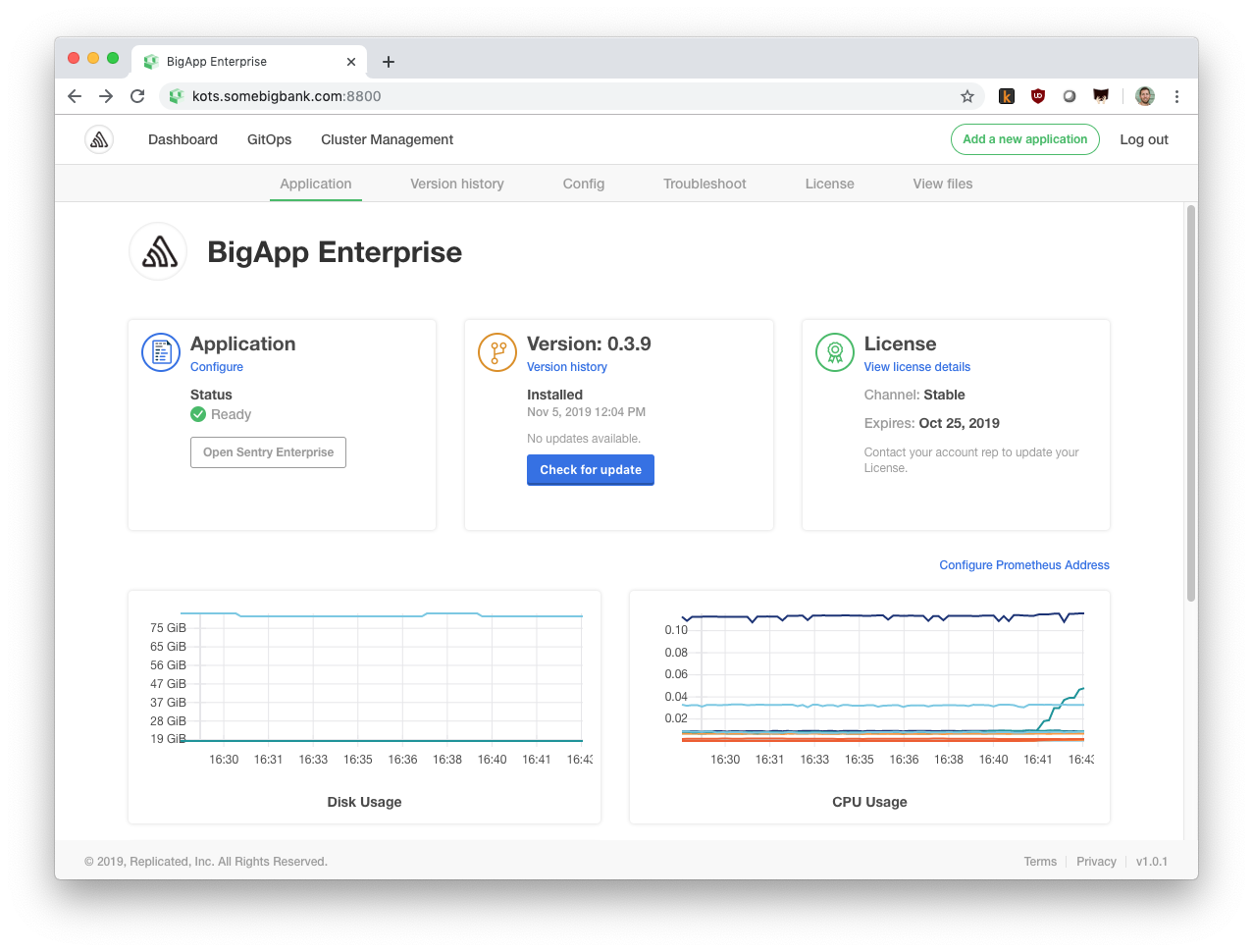 “We’re administrative tooling so you can configure and update and troubleshoot to manage this third-party app,” Miller says.

The KOTS tools automate the process of delivering and controlling the delivery of software into a system and help to manage the last-mile configuration.

“There’s a whole level of super neediness that it goes to,” says Miller. “This integrates with enterprises existing first-party deployment software management system.”