Lightning Motorcycles finally unveiled the electric vehicle it had been teasing for months.

With the LS-218, Lightning had previously hung its helmet on a niche (and lower sales volume) hyper-performance market. 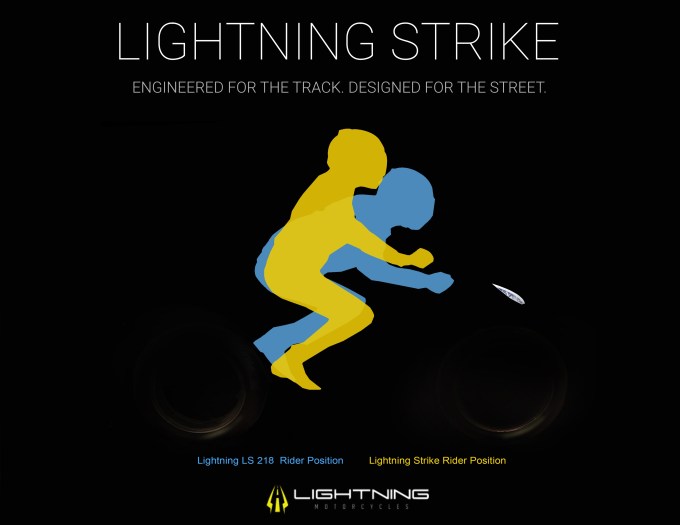 The startup previewed the Strike as a model that would offer wider market appeal and accessibility from a rider and price point.

This comes in a year where EV startups are facing more competition on specs and pricing, and big motorcycle manufacturers will feel more pressure to go electric.

Lightning has been offering peeks of, and taking orders for, the Strike for several months now. Deliveries begin in July.

The U.S. motorcycle industry has been in pretty bad shape since the recession. New sales dropped by roughly 50 percent since 2008, with sharp declines in ownership by everyone younger than 40. The exception is women, who have become the only growing motorcycle ownership segment.

None of the big name producers — Honda, Kawasaki, Suzuki, BMW — have offered a production electric street motorcycle in the U.S. Harley Davidson will enter the market this summer with its $29,000 LiveWire, which brings three-second, 0-60 mph acceleration and a 110-mile range. HD has also indicated it plans a full electric pivot, with additional e-motorcycles in the pipeline, as well as e-bicycles and scooters. 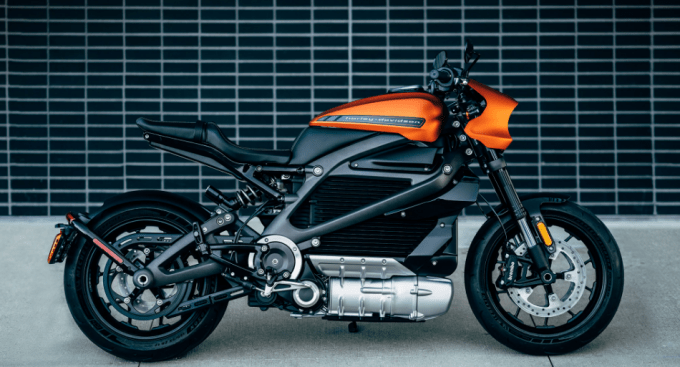 Another California startup, Zero Motorcycles, has found the widest market and model breadth, with prices starting at $8,000 on its FX model. Zero upped its game recently, unveiling a new 110 horsepower, $18,000 SR/F model with a 200-mile range, one-hour charge capability and a top speed of 124 mph. 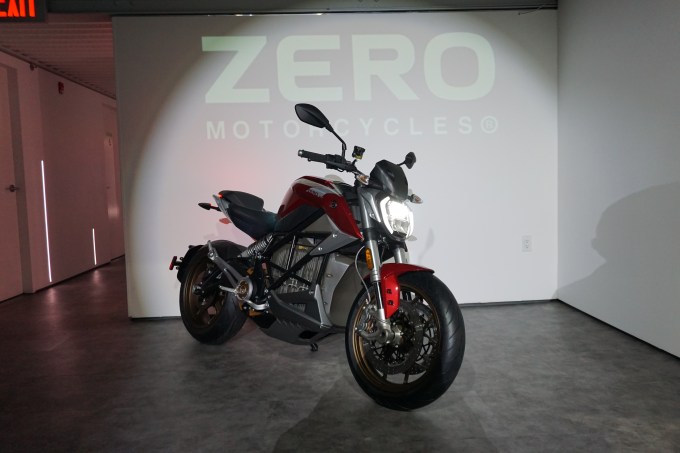 Then there’s Italy-based Energica, an e-moto startup catering to the high-performance motorcycle market and marketing heavily in the U.S. The company draws R&D and support from lead investor CRP Group, an Italian company with engineering roots supporting Formula 1 and NASCAR.

As the company looks to compete, there are two things to follow with Lightning’s new Strike. The first is its capital position and revenue growth vis-à-vis its new, lower-priced model.

Like Tesla (in the four-wheeled world), e-moto startups, such as Zero, have struggled with their burn rates, and several have ultimately been forced to close down. These include Brammo, Mission Motorcycles and, more recently, Alta Motors — a California EV venture backed by $45 million in VC that ceased operations in October.

Little is known about how Lightning is capitalized (Crunchbase tracks only $50K in VC) or how it’s financing the new, lower-priced Strike as an e-moto startup with lesser sales volume than Zero and less R&D support than Energica.

That leads to thing-to-watch number two: whether the riding (or non-riding) public takes to the Strike’s new design, performance and price mix.

During the e-moto’s teaser phase, where little about the Strike design was revealed, I’d actually expected Lightning to debut something that was less sport-bike and more of an upright e-moto — closer to Zero’s new SR/F sport-naked — with appeal to both beginners and experienced riders looking to go electric.

The sport-bike platform positions the Strike more as a competitor to Energica’s premium $22,000 race-inspired EGO. That’s further away from the mass-market-riding audience Lightning previewed as a target for its new motorcycle.

Time, sales and the ability for the startup to attract new VC will determine whether Lightning’s new bike electrifies investors and would-be buyers.