Amazon, Microsoft and Google are often referred to as the Big 3 in the cloud infrastructure market, and if you had any doubt about the growth potential of the cloud, take a look at this quarter’s eye-popping revenue numbers from these three companies, which reached almost $22 billion this earnings season.

Before we get into each company’s specific numbers, it’s important to note that it’s difficult to get a firm grip on what the cloud numbers actually mean and what each company includes in that cloud revenue category. What’s more, Google didn’t even report specific cloud revenue this quarter, so we are left to rely on comments from July.

It’s also important to note that we are talking about the cloud infrastructure, not SaaS revenue, so Microsoft earned additional money from their SaaS business, but Google combines SaaS and infrastructure into a single number.

That said, we have a rough idea and we know the market is growing. Consider that based on last year’s earnings reports that revenue has grown from around $16 billion to around $22 billion in just one year for these Big 3. In fact, Synergy Research reports that this month the entire market is on a $100 billion run rate for the first time. 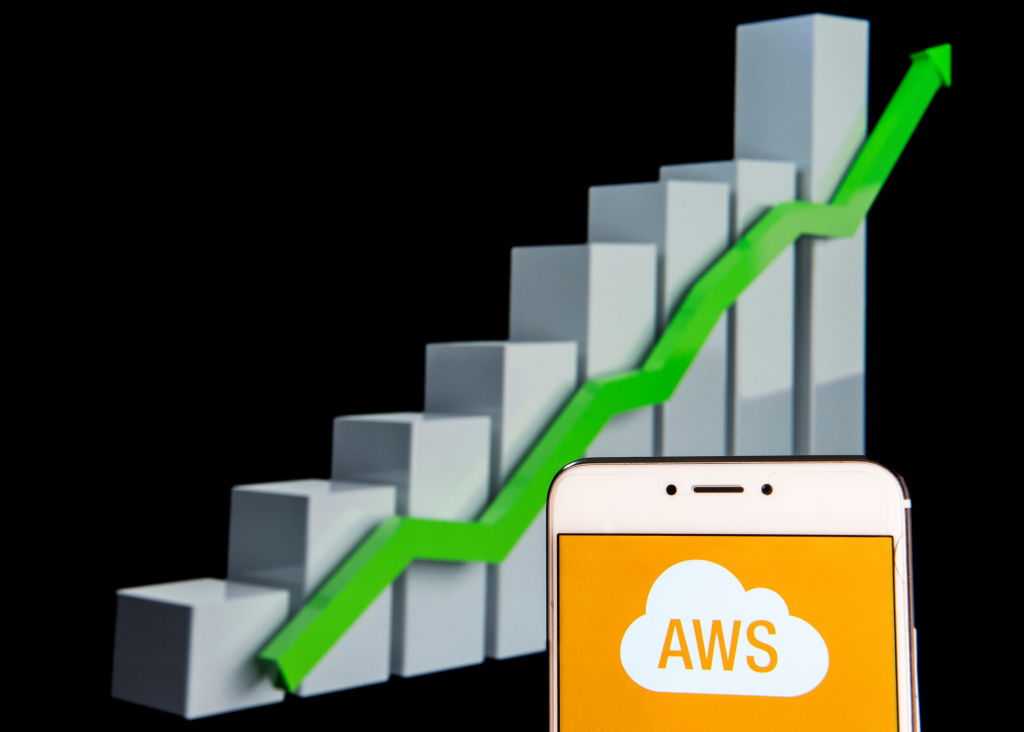 Let’s start with AWS. They have the purest numbers when it comes to the cloud market, and they have the largest chunk of market share by far — most analysts peg them at around 33% or so, well ahead of any other player on the market.

Amazon reported revenue of almost $9 billion this month, putting it on a run rate of almost $36 billion. Not bad for a side business for the main Amazon e-commerce site. Amazon’s overall growth rate dropped from around 45% to around 35%, but as John Dinsdale from Synergy Research points out, that’s still a good rate, and it becomes much harder to sustain large growth numbers the bigger you get. 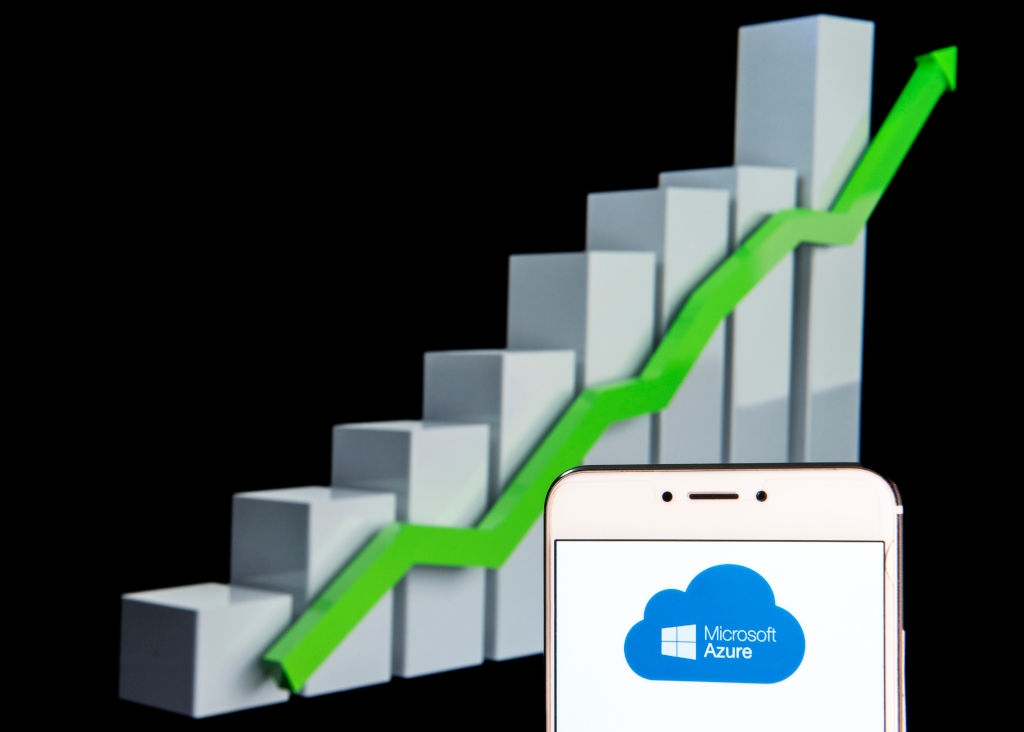 Microsoft had a good week. It reported Intelligent Cloud earnings of around $11 billion, and it was awarded the Pentagon’s $10 billion, decade-long JEDI cloud contract. The company is in second place in terms of market share, with around 16%.

Like Amazon, Microsoft saw its cloud growth slow a bit, down to 59% compared with 76% a year ago, but it faces a similar challenge to Amazon, even though it has half the market share. It’s scaling so quickly that it can’t really maintain that growth pace it’s been on, according to Dinsdale. “To be at the scale that Azure has achieved and to be still growing at around 60% per year is impressive. Sure, the growth rate is nudging down, but that is entirely to be expected for a business that has rapidly grown,” he told TechCrunch.

It’s important to point out that Intelligent Cloud includes much more than Azure, including SQL Server, Windows Server, Visual Studio, consulting and support. 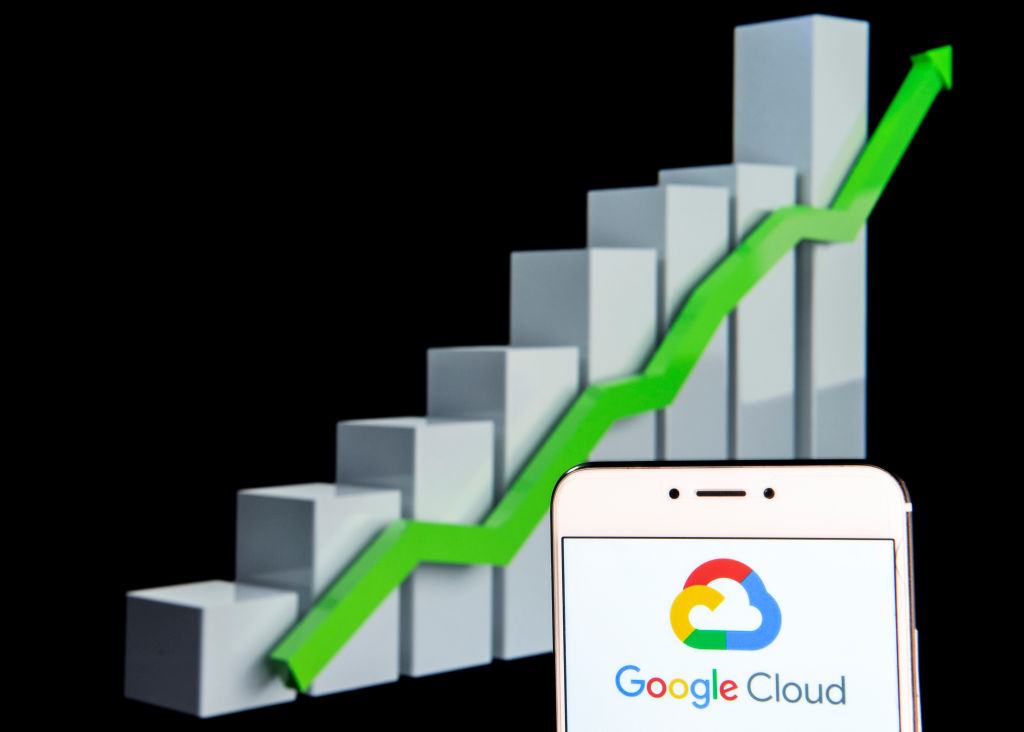 Finally we have Google. It has far less market share than Amazon or Microsoft, somewhere around 8%, still in the single digits, but growing fast. The company brought on former Oracle executive Thomas Kurian to replace Diane Greene at the end of last year to help drive growth at the cloud division.

In July, at the company’s earnings report, Google CEO Sundar Pichai reported that the company was on an $8 billion run rate, or $2 billion a quarter. To put that into perspective, the company’s cloud revenue had doubled in 18 months. It’s important to note, however, that figure includes both Google’s infrastructure services and its commercial SaaS tools like G Suite. It probably ticked up this week, but Google wasn’t sharing specific numbers this time.

While it’s always been difficult to compare cloud numbers, we have a good sense of how each of the Big 3 is doing overall. One thing is clear: This is not a fixed pie. The cloud market is still growing rapidly, and all three companies are taking advantage.

AWS remains in firm control of the cloud infrastructure market