Mobile banking app Current, which began as a teen debit card controlled by parents, expanded to offer personal checking accounts earlier this year. Now the company says it has grown to host more than 500,000 accounts on its service and has closed on $20 million in Series B funding to further its growth. 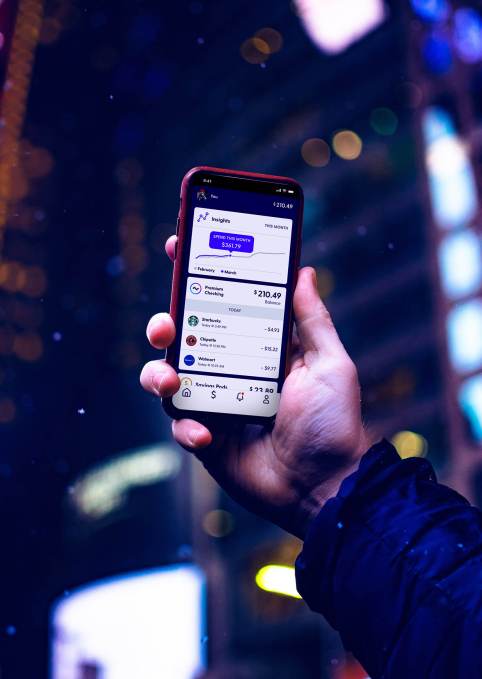 The first version of Current, which debuted in 2017, was focused on giving parents a more modern way to dole out allowances and reward their kids for chores. But over time, the product became more like a real bank account for teens, culminating with the addition of routing and account numbers late last year. This allowed working teens to direct their paycheck to Current, as they could with a traditional bank.

Although personal checking was only launched in late January, it already accounts for about half of Current’s accounts. It also benefits from conversions from Current’s teen users who turn 18 and want to graduate to their own banking app. (Around 98% of teens on Current move to the personal checking app when they come of age, the company noted.)

This puts Current in a more competitive market, where a number of banking apps are now targeting a younger, more mobile generation that has begun to favor modern, feature-rich apps over brick-and-mortar banks. Among its rivals are apps like Step, Cleo, N26, Chime, Simple, Stash and others.

Like many in this space, Current isn’t actually a bank — its banking services are provided by Choice Financial Group and Metropolitan Commercial Bank, which allows it to offer FDIC insurance up to $250,000. Instead, many of the banking apps focus instead on the feature set and user experience they can offer.

Both of Current’s products include a Visa co-branded debit card tied to the Current account. Along with the funding, Current and Visa are also announcing an expanded joint marketing partnership, which will help Current reach new customers.

“We believe everyone should have access to affordable financial services that improve the chances for a better life,” said Stuart Sopp, Current founder and CEO. “We have made this a reality through rebuilding financial infrastructure with the Current Core. It allows us to build more products that offer new ways to interact with money. Our rapid growth to half a million accounts serves as a testament to the ways our products and cost savings are bringing better financial outcomes and we anticipate bringing those benefits to over 1,000,000 customers by mid-2020.”

The company is planning to launch more features starting next year, including a cash-back system with brands and merchants in Q1, and further down the road, it’s considering things like a credit product and maybe Bitcoin investing. But this will require further education and careful attention to do well.

In the near-term, the focus is on offering better budgeting tools and more ways for users to save money. This, Sopp argues, is what Current’s young users need most.

To date, Current has raised $45 million in funding.